Screenshots allow you to record both amusing and crucial information, as well as document issues so that others can see what's going on. One would think that keeping up with technology especially for free screen capture windows 10, which seems to be advancing at the speed of light, would be difficult. This year, a slew of free rivals to Snagit and lesser-known screenshot tools have quietly appeared on the market. But don't worry; we've compiled a list of the best nine free screenshot applications, along with everything you need to know about them!

Part1. Why You Will Need Screen Capture on Windows 10

Screenshots were not very common a few years ago. Its only purpose was to display the error notice on the screen. You may wish to save a visual representation of what's on your computer screen for a variety of reasons. Apps that allow you to take screenshots make it simple. If you're a Windows user, there's certain to be one on this list that meets your requirements. There are tens of thousands of screen capture software applications available for Windows, but only a handful of them provide satisfactory results. Some are either too expensive to use or don't have enough functionality to capture, annotate, or share screenshots.

All systems include a print screen button that can capture an image or screen, but it has certain restrictions. Using the print-screen option to add text, arrows, and highlighters to a taken picture is a tiresome task. However, screenshots are now frequently and extensively utilized in our daily lives. Take a picture of a hilarious message or social media post. For instructional reasons, students also capture a screenshot of an article. To show that you're seeing anything strange on your screen, you'll need to take a screenshot or take a screenshot. Clients are also given a snapshot of mockup screen designs. However, when compared to native ways of taking screenshots on Windows, a few software packages provide the finest capturing, editing, and sharing capabilities, which will not only save time but also create high-quality photographs.

Snagit, the final program on our list to capture screenshots, is one of the most flexible but expensive tools that perfectly describes all screenshots. You may blur a certain portion, add various watermarks, highlight a specific part of the picture, and blurt out something using some amazing tools for adding different kinds of images or shapes to your photographs. Cropping, trimming, resizing, and cutting are just a few of the picture editing options. There are a lot of choices in the capturing feature, and you can take a screenshot with only one button push.

Last but not least, there are several alternatives for sharing photographs from Camtasia servers, including direct upload through FTP client, Google Drive, Dropbox, and Office apps. Overall, it is the greatest program for taking screenshots on a Windows PC that will not only save you time but also help you produce the best possible images. The nicest thing is that it will walk you through all of the settings while taking screenshots. It also has professional-level picture editing software in addition to the capture functions. 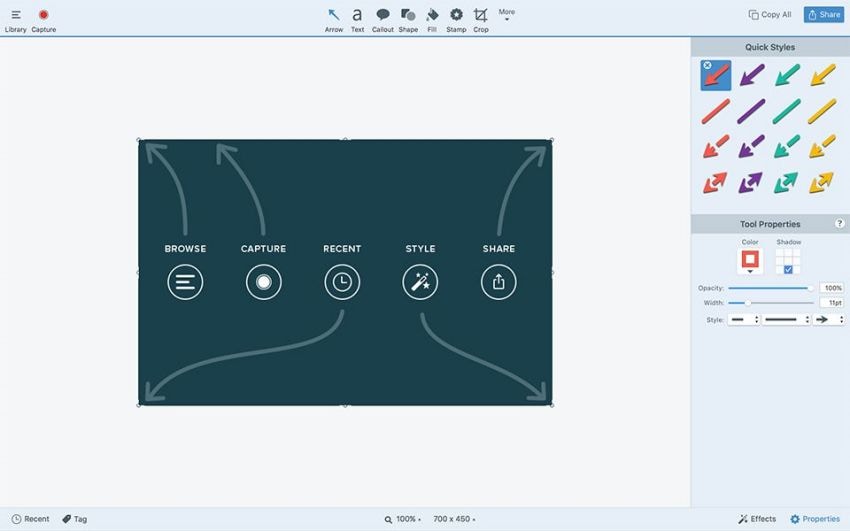 It's another excellent free snapshot application for Windows that lets you take screenshots from wherever on your computer's screen. SnapCrab lets you save screenshots in a variety of formats, including JPEG, PNG, and GIF. SnapCrab is a screenshot utility for Windows that is quite popular. It's a simple application that runs in your system tray. You may start capturing a screenshot by pressing one of the user-configurable keyboard shortcuts or right-clicking the system tray icon and selecting an option.

This program can capture screenshots of your whole desktop, a window, an area, or the most recent region you captured. There are several choices in the Preferences box, including a screenshot delay if you need more time to set up screenshots after they've been started. This is vital if you want to display an image of an open menu that would be closed if you pressed the Alt or Ctrl key. It doesn't have any built-in annotation options, but it's a strong system tray application that performs a great job. 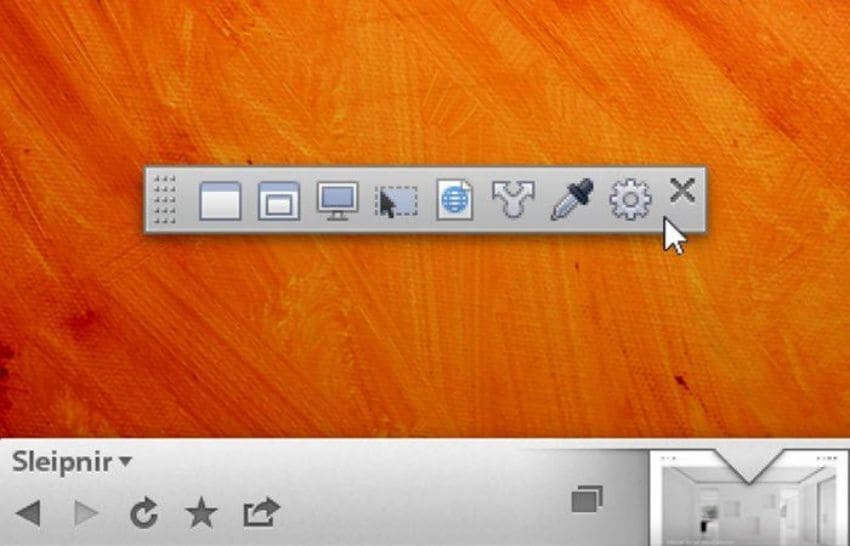 Free Screenshot Capture Utility is a reliable screen recording software tool for Windows 10, with enough functionality to please but not to be confusing. It can also concentrate on your mouse cursor, and you may capture just a portion of the screen rather than the whole screen. You may even zoom in and out as the video is being recorded.

It supports your watermarks so you don't have to add your logo during the editing stage and allows you to set hotkeys to make recording easier. The program can record anything on your computer screen, and you can even choose certain sections of the screen to record. You may save the files as.mp4,.avi or picture files. 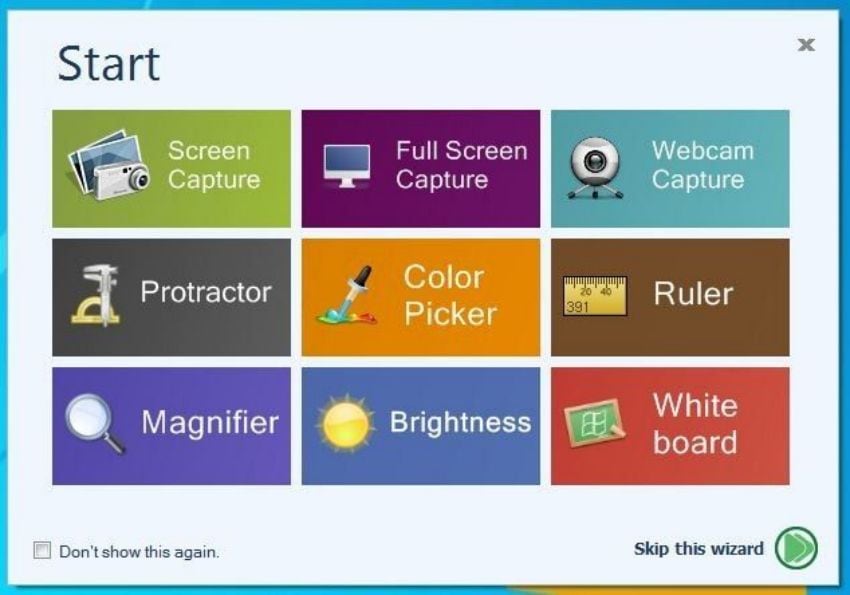 Screenshot Captor can be the finest choice for you if you're looking for an extremely lightweight screenshot application for your Windows 10 PC. What's more, guess what? Screenshot Captor enables users to add various special effects, crop, rotate, blur, and annotate screenshots after they have been captured.

Screenshot Captor is a clever, easy approach to make your point, clear up any ambiguity, and future-proof your information. Snagit is your best choice if you want something professional with a tonne of features and a team of support personnel to assist you to navigate those features. It has a strong video editor, free tech support, and connection with various internet sites in addition to being a screen capture tool. 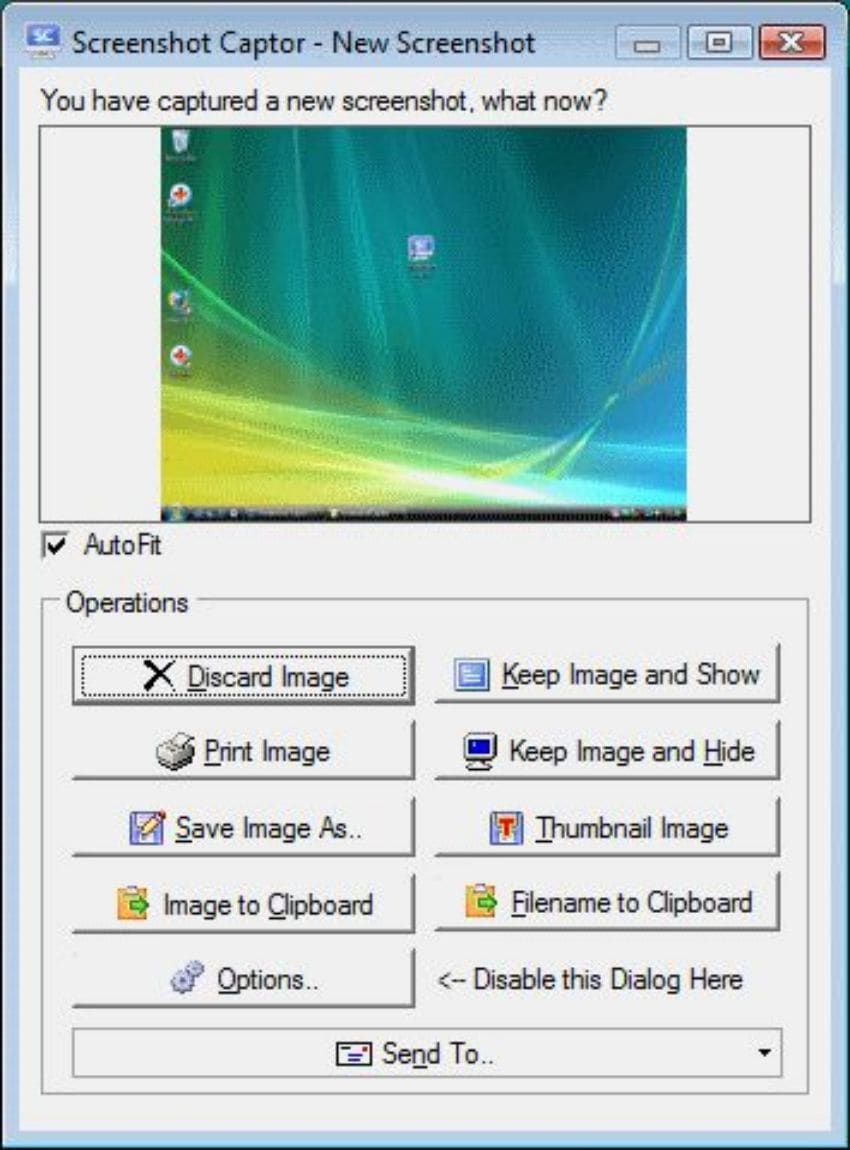 Screenpresoo is a free and open-source program that allows you to capture screenshots in a variety of ways. The software's general user interface isn't as attractive as other screen capture applications, but it has all of the necessary functionality. The program includes certain effects that may be used to alter the overall appearance of the image. It also includes basic picture editing tools including cropping, rotating, and resizing.

With only one click, you may capture the whole screen, a selected window, or a selection. It also allows you to add text, objects, arrows, and a speech bubble to your picture. You may share the annotated process immediately on Microsoft Word, Excel, PowerPoint, or Outlook, or you can submit it to straight from the app. 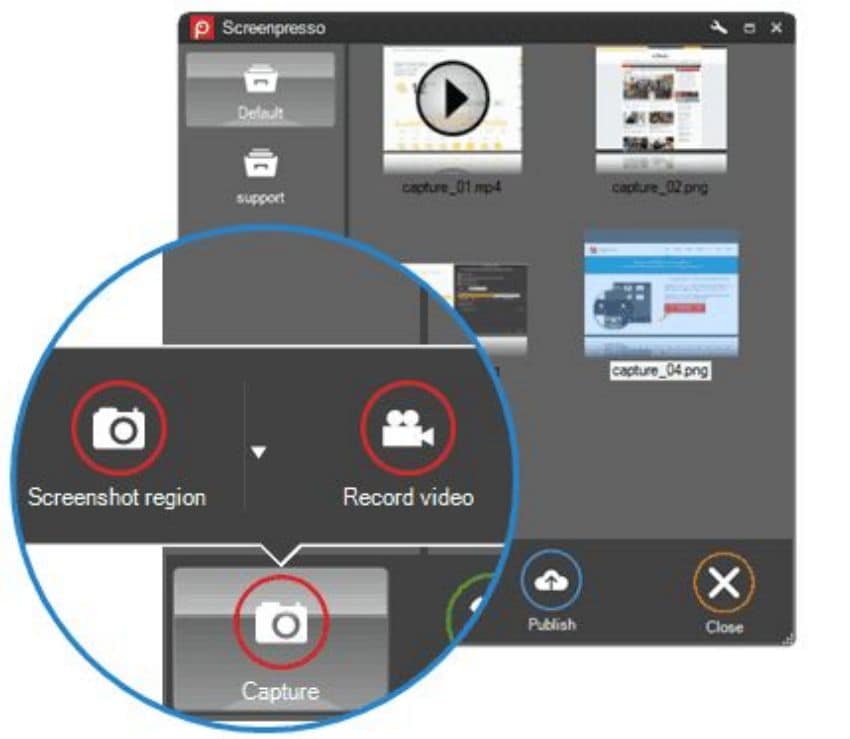 Live Capture is more than simply screenshot software. Full-screen, active window, active monitor, area, web page, text, and more ways may be used to capture screen pictures. Following the capture, you may use Live Capture to execute a variety of operations, such as applying picture effects or watermarks, annotating, copying, printing, saving a thumbnail, and uploading. You may also use it to upload photographs and accomplish other operations. You may use Live Capture to record your screen and produce GIFs. 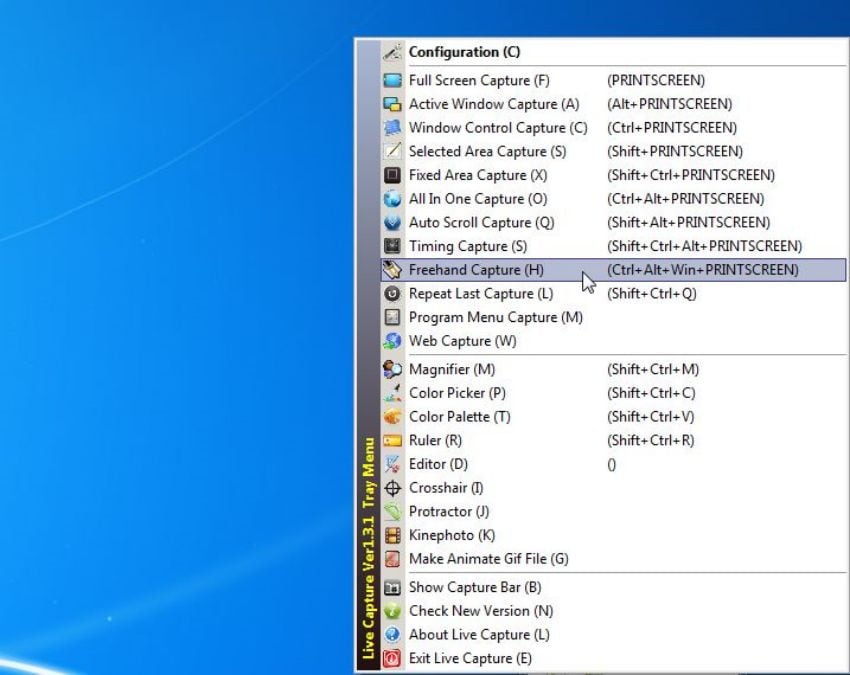 You may add a caption to your screenshot to set it out from other screenshots. The program has several outstanding effects, such as the ripped edge effect, which tears the screenshot from the bottom right side, making it even more attractive. The picture editing program, which comes with a variety of tools and settings, is the utility's finest package.

FastStone Capture-like software with a plethora of picture editing features. Using the tools in the tiny bar, you may quickly take a screenshot. Using the scrolling option, you will be able to capture the full screen, certain windows, a rectangle region, or an entire web page. On the screenshot, you can also apply beautiful borders and watermark pictures. You may also use other applications to add screenshots, such as Microsoft Word, Excel, and PowerPoint, email them or upload them to FTP services. 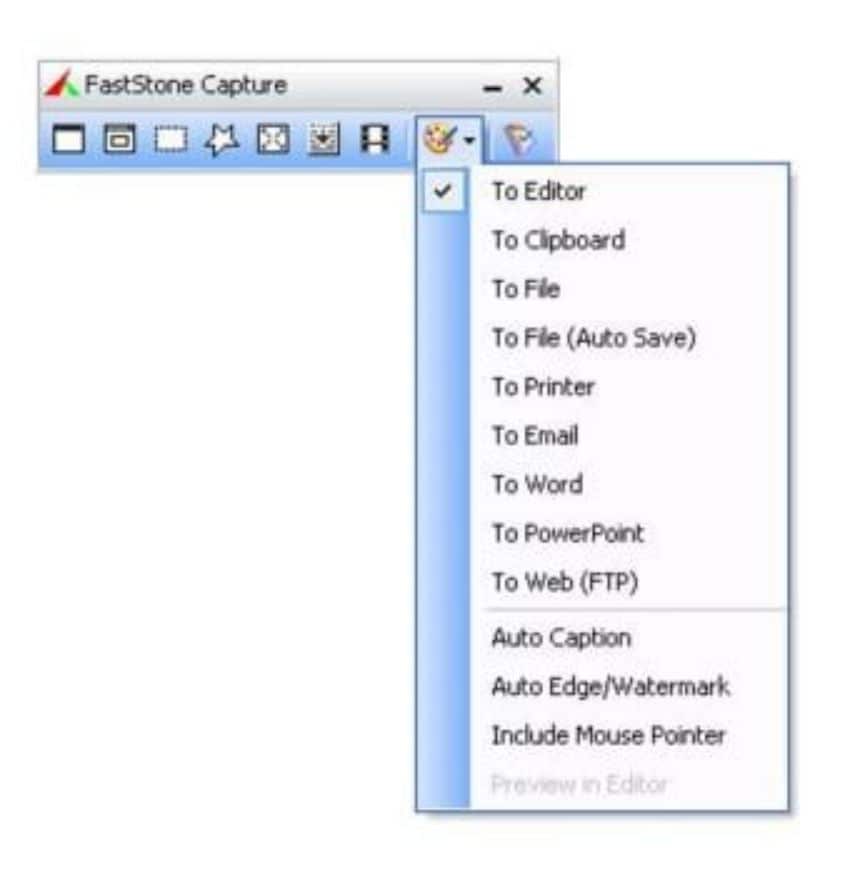 Snappy is the greatest snapshot tool for Windows if you're an enthusiast seeking a screenshot utility that does pretty much everything. It's free and comes with a robust set of features that should appeal to everyone. That's just the beginning of Snappy's capabilities. After you've taken a screenshot, it contains an image editor with simple blur, crop, highlight, and add a mouse cursor icon choice, among other things.

You may pick any program window (or monitor) from a list to record it instantaneously, in addition to the standard capture options. Snappy also has a Scrolling capture capability, as well as the ability to make simple screen recordings in GIF format. It also allows you to configure actions that will be performed automatically once you upload the picture, such as shortening the URL and copying it to your clipboard for rapid sharing. It also has a lot more to offer, such as picture splitters and rulers, as well as a lot of customizable options and hotkeys. It may be overwhelming for those who just capture screenshots regularly, but you can't expect much more for free. 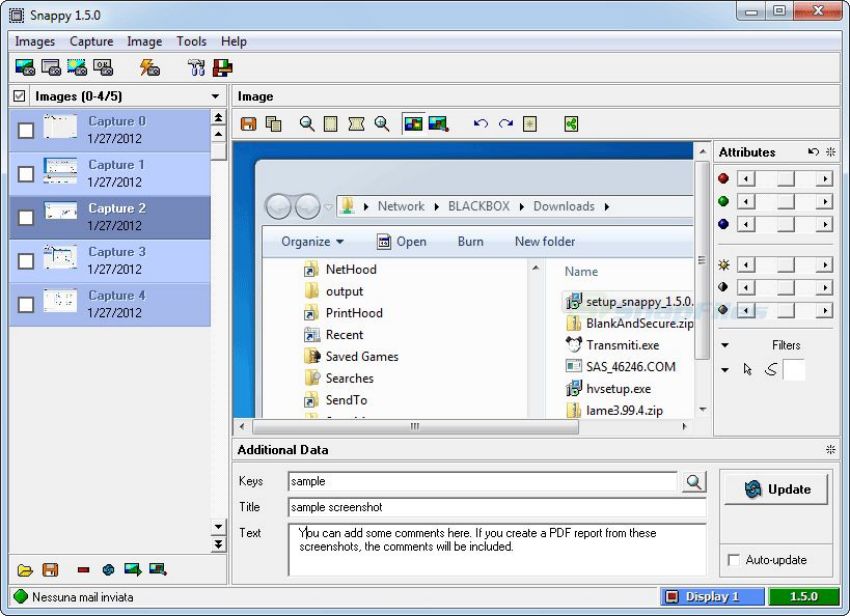 PicPick is at the top of the list of best screenshots capturing tools because it perfectly covers all aspects of a screenshot capture tool. Although the capturing features are unrivaled, it is missing certain key editing tools. You can easily point out items on a picture using various shapes, and you can add text in a variety of ways, but you can't edit them perfectly. There are many options for capturing screenshots, including taking a snapshot of a window, a selection, or the whole screen, a specific selection, and a defined zone.

The freehand tool, which allows you to choose any region on the screen in any form, is one of the unique features that no other tool has. Once you've finished annotating your photographs, you may share them with a single click on Facebook, Twitter, image-sharing websites, email, and even FTP servers. The free version includes the majority of the capabilities, making it a must-have screenshot capture application for Windows users. It also offers some fantastic visual tools, such as a whiteboard, color picker, magnifier, and more, that may be utilized before capturing screenshots. 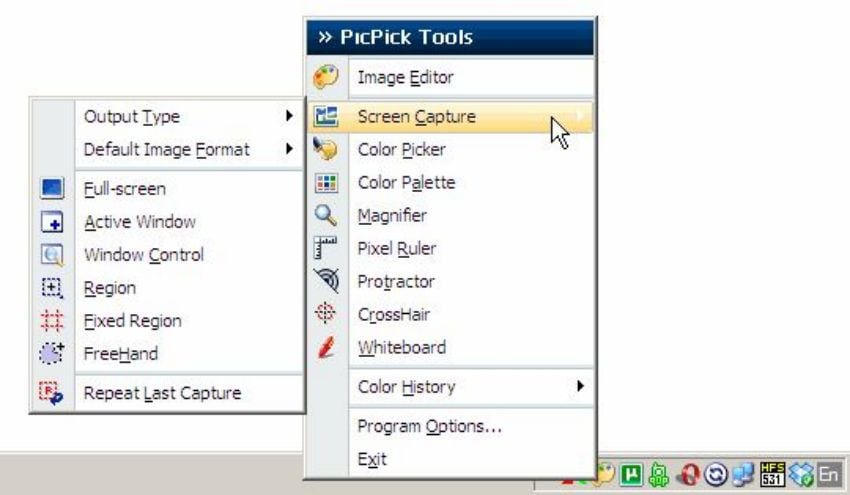 The greatest screen recording and video editing program is DemoCreator. DemoCreator enables users to capture lessons, presentations, video demonstrations, webinars, Skype calls, games, and more by recording screen, audio, and camera. is a professional, user-friendly program that allows users to record displays, games, webcams, and sound with only one click. It aids users in a variety of situations, including collecting online movies, seminars, music, YouTube videos, webinars, and nearly anything else that runs on their computer.

It now includes the ability to sketch and make notes while recording, making it an excellent alternative for organizations that need to record extensive presentations of great quality. When it comes to the greatest screencasting software, DemoCreator is unsurpassed. DemoCreator also includes a comprehensive collection of video editing tools that allow users to do simple edits, apply complex effects, export, and share their films with ease. If you want to screenshot a video frame, you can definitely use DemoCreator video editor. 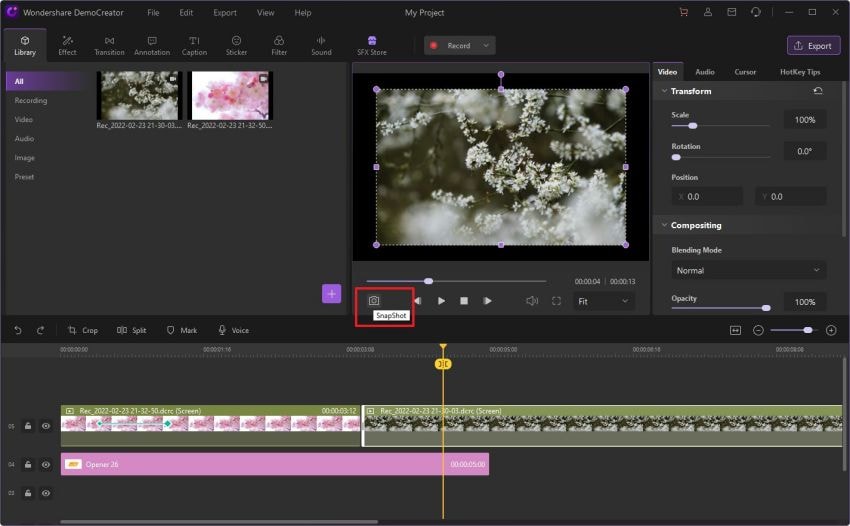 We learned about the most popular screen capture tools on the market, as well as their major capabilities, from this post. The programs listed above are mostly designed to take screenshots of your Windows desktop and common desktop apps. They may or may not work with full-screen games. We advocate using specialist programs for collecting PC game screenshots if you wish to snap screenshots of video games.DemoCreator, for example, has built-in shortcuts for taking screenshots in any game, and many games have their screenshot keys.