How to Record GoToMeeting

GoToMeeting is an internet meeting platform for experts that makes the association between individuals in any capacity one desires simpler. Therefore, GoToMeeting recording video software is also particularly great for organizations having virtual representatives wherever because it is extremely practical and simple to collect everybody through an internet meeting. GoToMeeting is an incredible toolkit for you to set up gatherings and conversations continued on the web only if you have got a proper record of GoToMeeting with a sound software. Once in a while you may not present the gathering however don't have any desire to miss the significant focuses, or you need to clean up the minutes of the gathering, at that point how to take care of the issues? Albeit the inherent recorder can help you record GoToMeeting free without downloading some other software.

The fastest and least demanding path is to record a GoToMeeting meeting with screen recorders that performs GoToMeeting recording video smoothly. In the wake of recording GoToMeeting, you can watch the recorded video to check the objectives of the classes. Thus, it's smarter to locate another option. A valuable screen recorder that can record GoToMeeting with sound makes your work simpler and more productive. Luckily, you can catch live gatherings, instructional exercises, and online courses, save the document in a favored organization, and send the recorded GoToMeeting meeting to companions, and family. Here we will show you some simple and solid approaches to record GoToMeeting free.

With GoToMeeting, booking, facilitating, and recording an online course and meeting is conceivable. Its free form has full highlights yet it just permits you to associate with two others. This is completely fine in certain circumstances. Like different projects, GoToMeeting has its record GoToMeeting with a sound recorder. With this implicit recorder, you can catch the GoToMeeting meeting easily. It permits you to get sound and video at the same time, and the recorded file will be saved straightforwardly in the cloud without investing energy transferring. If you don't have the idea of how to record GoToMeeting with its built-in recorder, you can check the accompanying steps we've enlisted for your easiness.

Steps of how to record GoToMeeting with built-in Tool

Step 1. Start your web-based gathering from the most up-to-date form of the work area application on your Windows or Mac PC. 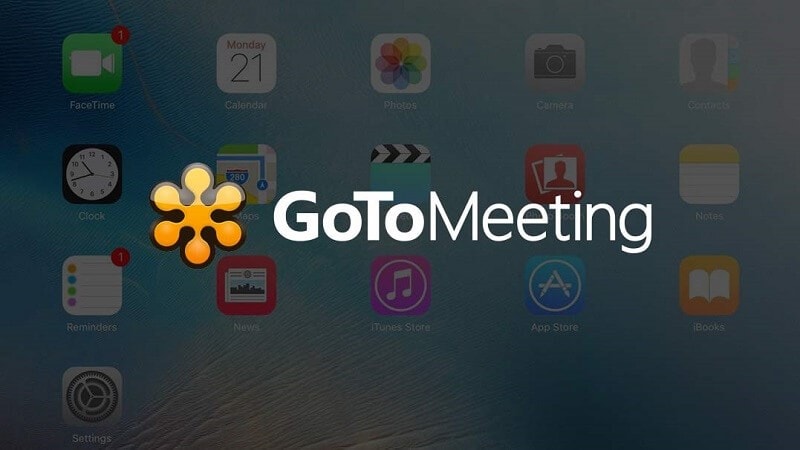 Step 2. When everything is prepared, you can tap the record button to begin recording the GoToMeeting meeting. 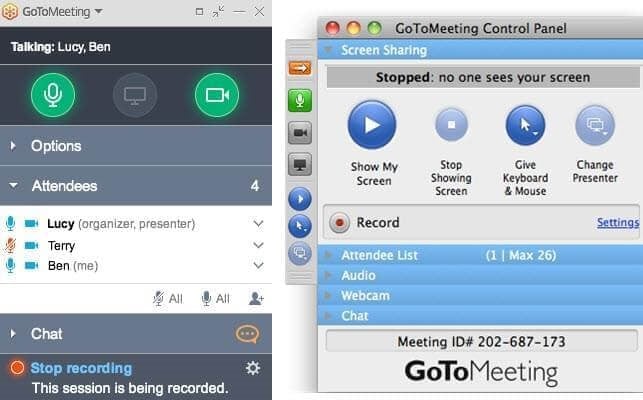 You'll see that the recording pop-up will sparkle. A warning spring up reminding the gathering participants that the gathering is being recorded will show on their screen.

Step 3. At the point when your gathering is done, tap that chronicle button again and it will transform into a green shading revealing to you that you have halted the account. When completed, you can discover the chronicle prepared only a couple of minutes after the fact from your Meeting History.

Step 4. At that point, you can play the chronicle and get a connection to share the account film with other people. You need to change over the account through GoToMeeting's Recording Manager before you can transfer it or offer it to different participants. 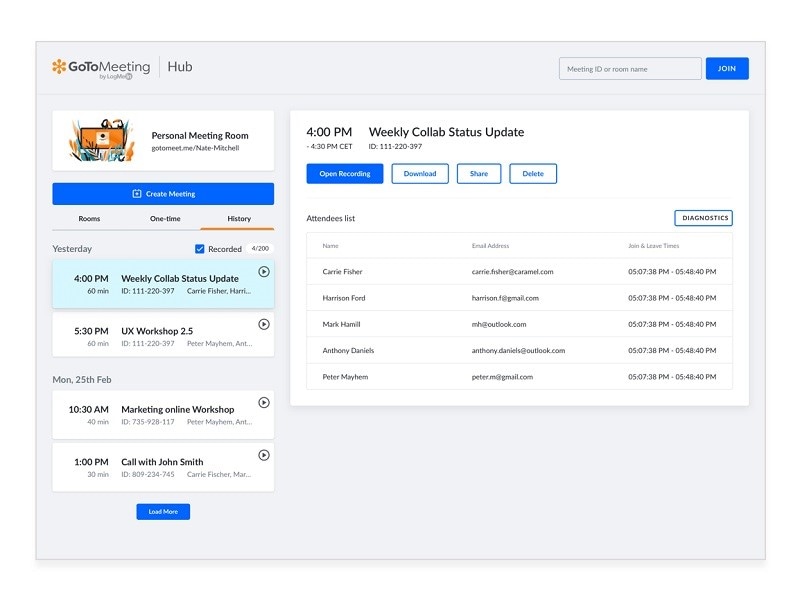 Part 2: How to Record a GoToMeeting on iOS

Even though GoToMeeting has its recorder, numerous individuals look for an outsider instrument to perform GoToMeeting recording on iPhone because of the limits of the implicit recorder. The impediments make work not advantageous. To record GoToMeeting on your iPhone or iPad, you can undoubtedly finish the undertaking without downloading and introducing any outsider applications. The GoToMeeting recording on iPhone Recorder can do the work consummately. Aside from recoding GoToMeeting, you additionally can utilize it to catch web-based sound/video, video calls, or different exercises on your iOS gadgets effectively and rapidly.

Step-By-Step Guidance to capture GoToMeeting on your iPhone and iPad: 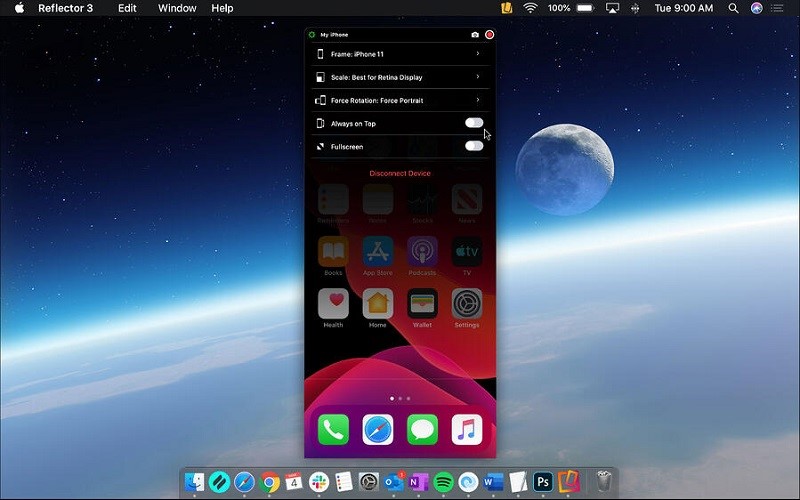 Step 1. Open your iPhone or iPad's Settings and tap the "Control Center" and "Tweak Controls" buttons. At that point tap the "+" symbol close to "Screen Recording".

Step 2. Open GoToMeeting on your iPhone or iPad, at that point tap "Join a Meeting" and type the gathering ID and tap the "Join" choice.

Step 3. Swipe up from the lower part of the screen and tap the record symbol to begin the chronicle. When done, tap the red account button again to stop the chronicle. at that point, the recorded video will be saved on your display.

Part 3: Record a GoToMeeting Session or Webinar on Android

With Android, there's currently an inherent screen recorder. It's a secret away for a ton of telephones, however in case you're on Samsung or LG, it's super easy to get to. Others may need to utilize a GoToMeeting recording video toolkit to get to the one incorporated into stock Android, however, there's, at last, an approach to record a video screen capture without downloading an outsider application. In advanced Android OS, they have a screen recording technique incorporating into the OS and that is how a great many people do it nowadays. 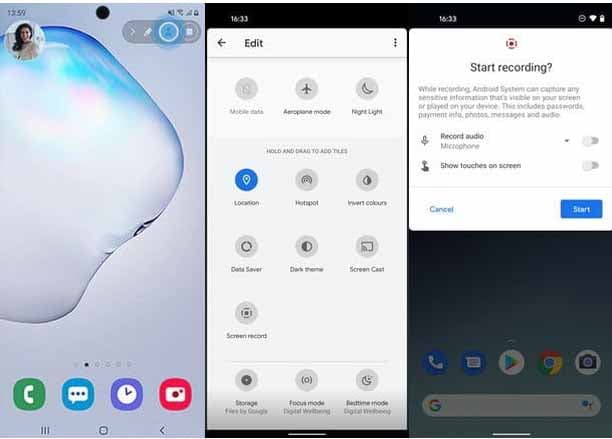 To utilize the GoToMeeting recording on android work, you need to add it to your phone's Quick Settings menu. To do this, swipe down twice on the Notification Shade to open Quick Settings.

Hit the Edit button in the base left corner of the board (it typically resembles a pencil). Find the Screen Recorder tile before hauling it into the Quick Settings territory.

At last, tap the Back bolt or swipe from the edge of the screen to save the change. You would now be able to open the Quick Settings board again to utilize the Screen Recorder. When utilizing it interestingly, you'll be found out if you likewise need to record sound and show addresses on the screen.

Part 4: How to Record a GoToMeeting Session or Webinar on PC

Wondershare DemoCreator is extraordinary compared to other GoToMeeting recording video tools that can help you record GoToMeeting on your Windows as well as on Mac PC. Before recording, you can pre-set the area and the format of output files like MP4, MOV, AVI, and others. This product permits you to capture the screen with modified size deftly as indicated by your requirements. Additionally, while recording, you can add messages, lines, bolts, or use zoom and spotlight capacity to extend the recording content you need to show explicitly. With this program, recording GoToMeeting with sound and different online meetings is certainly not a hard errand.

Steps to Record GoToMeeting with DemoCreator

To get started with this powerful toolkit for recording your GoTo meetings into your PC. Follow the steps below to have a clear and emphasized outlook of this toolkit.

The very first step to proceed with is downloading and installing this toolkit to your systems. Whether you're on your Windows PC or MacBook, the problem is solved as DemoCreator has now both versions available in a handy way. After you've downloaded the software, now is the time to install it with its default installation to proceed to your GoTo meetings recordings.

In the next step, go with the launch of DemoCreator from the shortcut that appears after the installation, and then open the GoToMeetings simultaneously.

Here comes the interesting part of this software as you can easily enable the screen drawing tool of DemoCreator to record GoToMeeting with sound which will surely help you in the recording procedures. To go for that, hit the slider at the bottom of the recorder as follows:

Here you can perform a variety of screen drawings while recording your GoToMeetings without any hassle.

In the final step, you can opt for the saving of the recordings with this toolkit in a handy way. To opt for that, hit the Export button while within the editor of this software as follows. From there you can opt for your desired format as well as other customizable settings for your GoToMeeting recordings.

You can also share the recordings directly with your YouTube audience with the smart sharing option of DemoCreator in few clicks. To opt for that, simply go to the YouTube bar and sign in to your channel to opt for this feature of this masterpiece toolkit.

In the wake of perusing the article, you will find that how to record GoToMeeting is not an extreme undertaking. You can finish the work with the solid ways referenced above, especially with the Wondershare DemoCreator GoToMeeting recording video software. Regardless of whether you're taking an account for companions or making a video for proficient purposes, there are various approaches to do it. the capacity to record gatherings and online courses for future reference is a need in the current social and workplace. Subsequently, follow the straightforward guide above to capture your GoToMeeting chronicles on PC, iOS, or Android. You can begin with an implicit device and move to other software dependent on your necessities.