To say that live sports are popular is an understatement. Some live sporting events are watched by millions of people around the world.

In this article we will share with you the best tool for the job. But before we show you how to record live sports streaming, let’s take a look at some of the best live sports shows to stream and the best platforms to stream them. 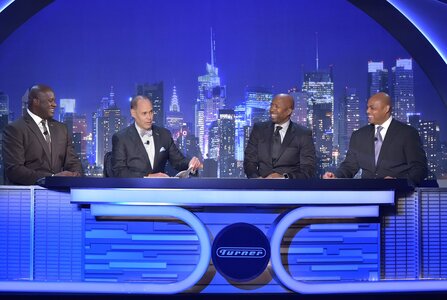 Inside the NBA is the best place to be when you want to catch up on what is happening in the NBA. The show often airs after NBA games and is hosted by Ernie Johnson. During the show you can expect expert analysis from NBA stars like Shaquille O’Neal and Charles Barkley. Sometimes, Chris Weber and Grant Hill will join the three regulars. The show has won 8 Emmy Awards and Johnson has won six awards for hosting the show.

Sunday Night Football is a weekly broadcast of NFL games in the United States. The show airs every Sunday on NBC since August 6 2006, after NBC secured the rights to broadcast NFL games from ESPN, which had carried the broadcasts since 1987. It is the best place to watch all NFL live games as well as pre- and post-match analysis of all the games.

This is a live game sports show that airs the games if the Division 1-A college football games. The shows airs on ESPN every Saturday night at 7.45pm ET, during the regular season of college football. There is also pre- and post-game analysis for each of the games.

Outside the Lines (OTL) is a popular sports TV shows that has aired on ESPN since 1990. Rather that airing live sports shows, this is a variety show that cover issues affecting all American sports both on and off the field of play. The current host of OTL is Jeremy Schaap who replaced Bob Ley when he retired in 2019. The show runs for 60 minutes every Saturday.

If Baseball is more your flavor, then you may know the Major League Baseball on Fox, a weekly presentation of MLB games. Fox has aired MLB games since 1996, but it wasn’t until 2018, that the network secured the rights to continue to air all MLB games until the 2028 season.

The following are the best sports streaming services to use when you want to catch your favorite game online;

Apart from your favorite movies and series, Hulu is also one of the best places to catch live sports shows. The Live TV plan includes all national and local sports channels so you can catch live matches on any device. On Hulu, you can also use the offline downloads feature to save some of the content for offline viewing. But this feature may only be available for certain types of content.

Peacock is the best live streaming platform for English Premier League matches, although it also offers a wide array of other sporting content including IndyCar and WWE content. This streaming service is relatively new, but it is gaining a following very quickly because of its flexible pricing tiers that include a free tier without too many limitations.

YouTube TV has a lot of content to choose from including sports coverage. Of all the love streaming platforms in the market today, it offers the best DVR capabilities and it is also reasonably priced. The fact that YouTube TV supports three simultaneous live streams per account, means that you don’t have to choose one live sporting event over another.

Amazon Prime Video is a good place to find some of the best TV shows and movies. And while you may find yourself spoilt for choice when browsing through the content offered by this streaming giant, the same cannot be said for sports content. The only sporting event that you can find on Amazon Prime Video are Thursday Night Football games. But there are some sports-focused channels on it that may have some additional sports content.

Of all the streaming services on this list, Fubo TV is perhaps the best option when you want to watch live sporting events on any device. It has the widest collection of sports channels to choose from and add-on packages, designed to ensure that you don’t miss a single sporting event. Some select sporting events will even be aired in very high quality, up to 4K. 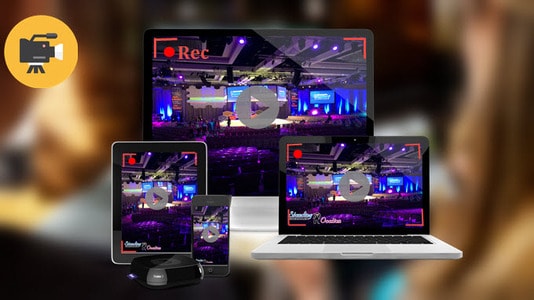 Once you have selected the live streaming platform you would like to use, it is time to choose the best tool to record any live sports event. The best way to record live sports in high quality is to use Wondershare DemoCreator. This program is designed to capture both audio and video in high quality and save the video in the most popular formats so you can watch the video on any device later.

It is also very easy to use; just follow these simple steps;

Step 1: Install the Program and Configure the Settings

Download and install DemoCreator on to your computer. After installation, run the program and then click “Capture” in the next window to begin the process.

In the next window, you will see a number of settings that you can configure according to your needs.

The “Screen” section is the most important in this sense as it will allow you to choose if you want to record the whole screen or a customized section of the screen.

The “Audio” section is also important if you want to capture the sound of the streaming video that you want to record. If you would like to add your own voice to the recording, you can set the “Microphone” option to “Capture.”

The “Camera” tab is only important if you want to capture webcam footage as well.

You will see a 3-second countdown appear on the screen, after which DemoCreator will begin recording both the screen both the webcam and the screen at the same time.

The recorded video will be saved on your computer and you can easily transfer it to any other device to watch it. 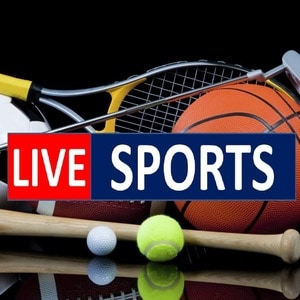 1. Where Can I Watch Live Sports?

2. What is the Best Live TV for Sports?