RPG games or the role playing games have been in our lives since tabletop. Then came personal computer and game console and role playing games became an integral part of our lives. With technology getting smart with passing second, it only seemed a great option to have the famed RPG games on our smartphones too. RPG games have become one of the best things about an Android or an iPhone. You can play out the fantasy epics or battle the monsters in the space. You can live a character live or create a completely new lives online. The RPG games with the classic old favorites of dungeon crawling to new age indies and space programs have become the crowd favorite.

Let’s go back a decade; in the 1990s, the role playing games were generally played by the hardcore gamers. Amiga and PC gamers spent days on their consoles and played. The crowd favorite “Eye of the Beholder” became an all time favorite and had its own cult following. However, with a decade gone, the RPG games are not only reserved for the hardcore gamers but can be found in almost every person’s smartphone. Whether it is a child or corporate executives, in the 21st century games are for not only the enjoyment but act as a stress buster for everybody. We have brought for you a list of best RPG games! Whether you love playing on your PC or power game on your Android or iPhone, we have something for each and every one of you!

An action RPG game, The Witcher 3: Wild Hunt is based in the series of fantasy novels written by Andrzej Sapkowski, a Polish author. In this third installment of the series, players control main character Geralt of Rivia. He is a witcher or a monster hunter who is on the mission to find his daughter who is on the run. There is also the otherworldly force called “Wild Hunt” who want to capture Geralt’s daughter and exploit her powers. Players battle against various elements, communicate with various non-player characters, and complete various quests throughout the story. With ever-increasing experience and gold of Geralt, players will get gear and abilities. As the game has multiple endings, players through protagonist make various choices, which leads to the appropriate ending. 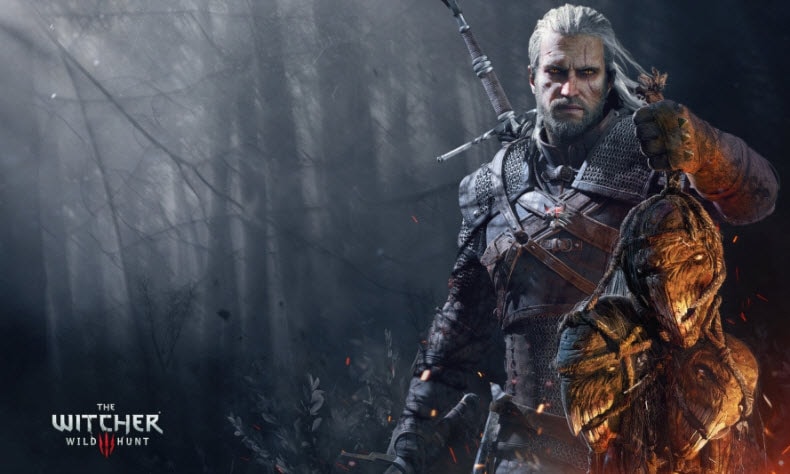 Fifth installment of The Elder Scrolls series, it was released in November 2011. The game revolves around the protagonist and the quest to destroy Alduin, a world-eating dragon who is said to destroy the world. Set 200 years after the events of Oblivion, Skyrim is the fictional province where player completes variety of quests, improving the character and skills on the way. Just like other Elder Scrolls editions, the RPG game keeps the open world tradition allowing the players to go anywhere they want in the game. The players can even postpone the original story and return to it later. Though, Skyrim is said to have a diverse plot in comparison with previous editions, the technical bugs present at the launch made the users criticize it. However, the RPG game sold over7 million copies in the first week. 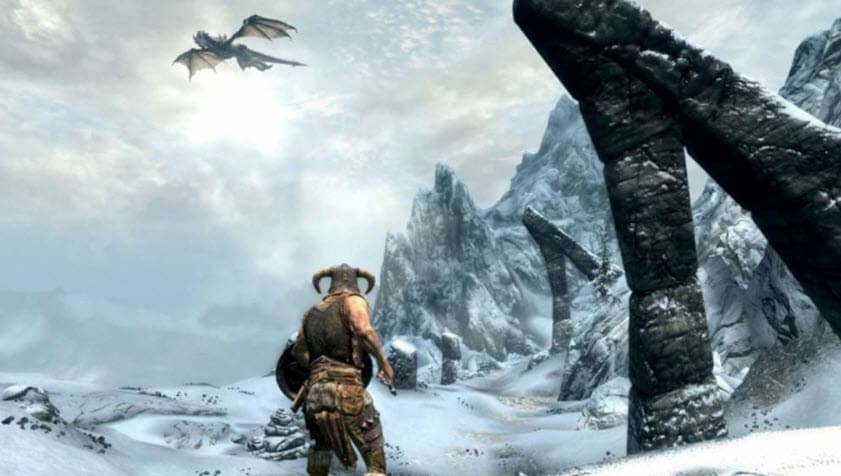 A hack and slash RPG game, Diablo III let the player choose a character from the main six characters classes. The player can be a Barbarian, Demon Hunter, Wizard, Crusader, Monk or a Witch Doctor and has to defeat Diablo, the Lord of Terror. Diablo III set a record when it became one of the fastest-selling RPG game selling more than 3.5 copies in the first 24 hours. This RPG game received critical acclaim and sold about 12 million copies in the year. However, the requirement of internet connection for the digital rights management at all times was heavily criticized. 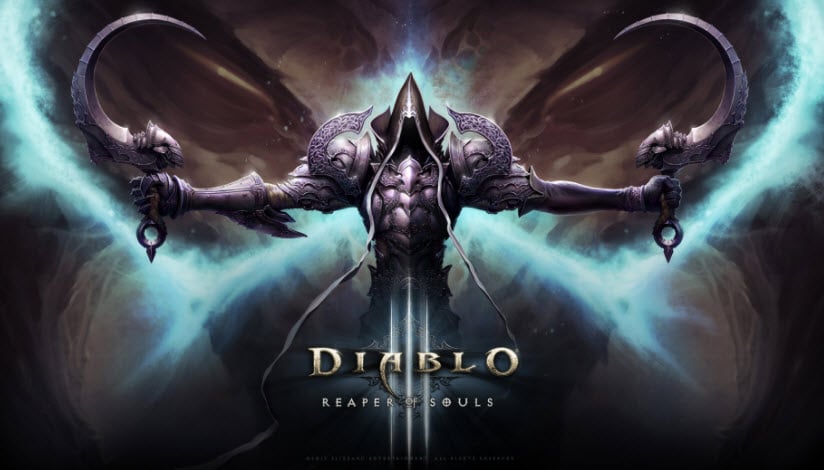 Scheduled to be released in November 2017, Vampyr is a RPG game designed to play on Microsoft Windows, Xbox One and PlayStation 4. Vampyr revolves around Jonathan Reid, a vampire doctor who is just coming in terms with being vampire. He is also torn between the Hippocratic Oath and his need to drink blood. Despite being vampire, the player has choice not to kill to end the game. Dialogs can be used to hut prey, which replenishes the strength and increases the level of the player. London serves as the fictionalized base of the Vampyr. It is a semi-open realm with four districts. Based on the Spanish Flu epidemic of 1918, the setting is fully researched and has visuals in connection with it. 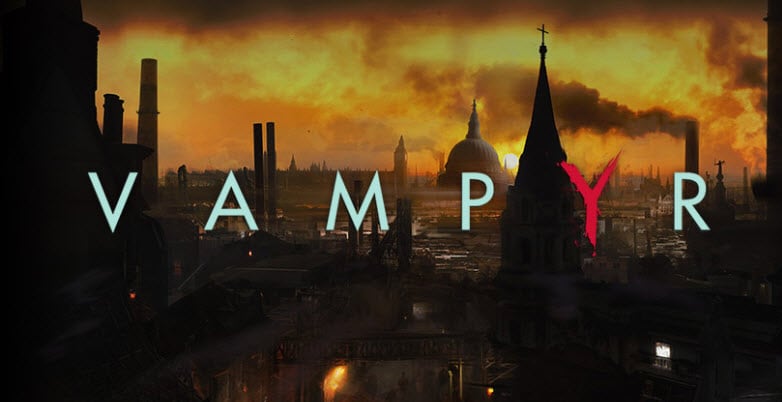 An action RPG game, Mass Effect: Andromeda is played in third person. The RPG game is created for Xbox One, Play Station 4 and Windows. Fourth installment in the Mass Effect series, the game begins in the Milky Way Galaxy in the 22nd country where humankind has started populating other planets in search for new home. The player can either assume the role of Sara or Scott Ryder who is just a new military recruit in the Initiative and wakes up after 634 year in Andromeda. Various events happen that results in player becoming the Pathfinder for humanity. Along with the main quest of finding new home, the player will also be facing the alien race, Kett. The RPG game got mixed reviews from various game publications. 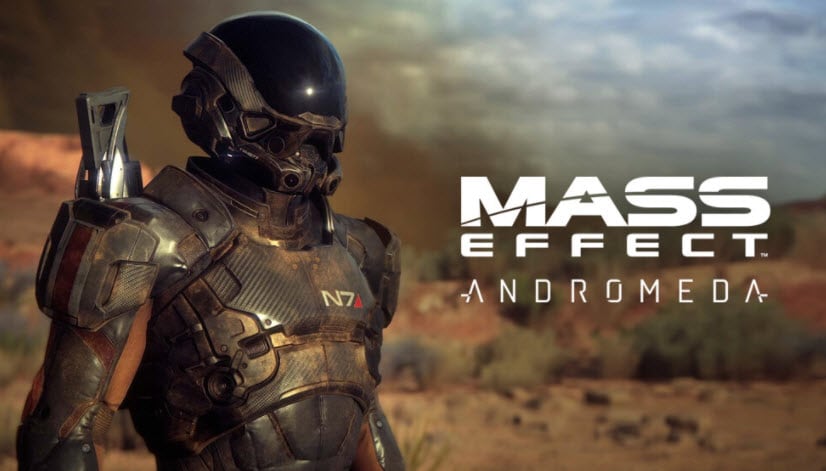 Delivering crunchy combat quests, Demon’s Rise: Lords of Chaos focuses on the combat and hack & slash spectrum of RPG games. The plot of the game is to lead the vanguard of Morkarn, the Demon Prince, army to defeat the forces of Baron Aedin, the Proud. The RPG game builds a list of hero and leads them through the various campaigns. They have to collect gold, experience and gear on the way of ending the mission. The fun campaigns add an extra character to the game and help you exploit the battlefield and the enemies. 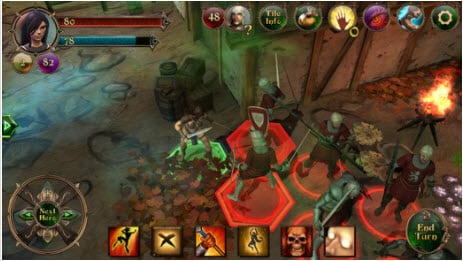 Taking an inspiration from classic RPGs along with Kurosawa 7 Samurai, 7 Mages offers the players sever mages as characters. The players have to work and defend the island of Roven against the numerous enemies. Just like various previous turned based games, 7 Mages offers a detailed turn based combat along with an intricate magic system. Though, the first part of RPG game is free to download and play, rest of the chapters are only available as in-app purchases. To the fan of Westwood classics such as Eye of the Beholder and recent Legend of Grimrock, 7 Mages would be one of the best games to play on their smartphone. 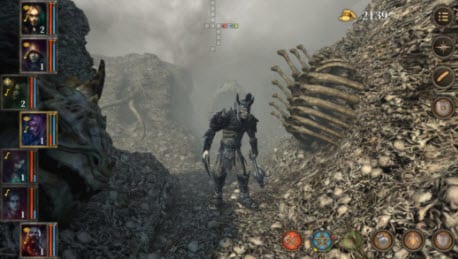 Enjoy the classic action RPG game with a twist in Titan’s Quest. Pioneering the formula from Diablo, Titan Quest allows the players to fight the monsters through the Greek, Asian and Egyptian mythology and try to win the campaign. Titan Quest is a desktop game that has been remodeled as a great smartphone game. The best thing is Titan Quest avoids the monetization strategies in exchange of 60 hour plus quests without any in app purchases. 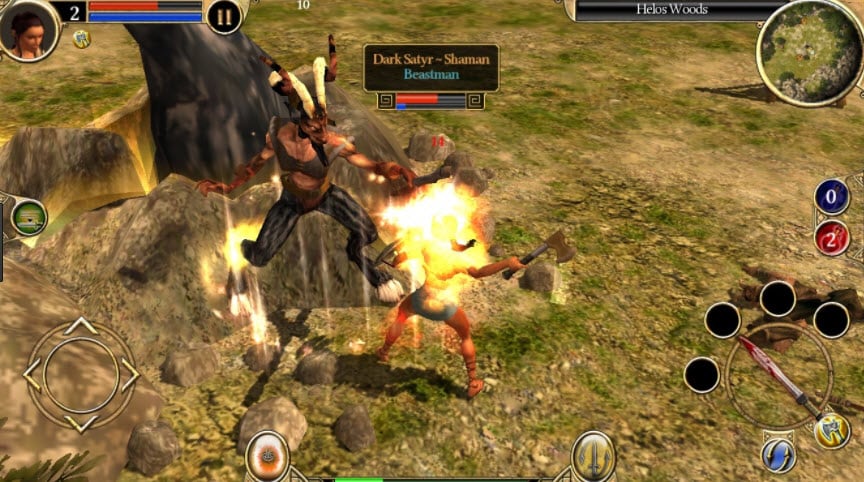 A PlayStation classic RPG game created just for iOS, Final Fantasy 7 has been a ground breaking hit in the West. Players defend Midgar while defeating the scheming Shinara Corporation. The quest is to defeat the enemies, finish the story while unraveling the never-ending mysteries of Jenova. The epic story of Final Fantasy 7 features the configurable “Materia” system along with challenging ATBs or Active Time Battles. With these highly configurable features, each player’s character is customizable, along with spells, cheats and abilities. A player would also be able to skip random encounters in the whole game. . The iOS port fields a virtual control pad system for each and every player. 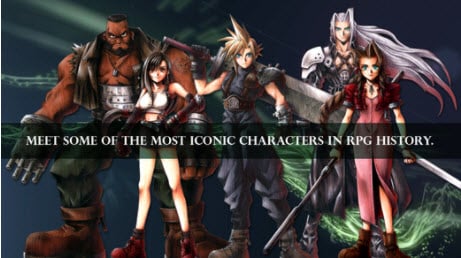 A classic RPG game, Legend of Grimrock has players crawling through the monster-infected tunnels and trap invested dungeons while leading a party of adventurers through the Mount Grimrock. The classic RPG game has the player working through the grid based tunnels and dungeons while engaging in the real time combat. The players have to dodge the traps, while keeping an eye out for the various puzzles, kinky switches and variety of surprises including traps and pressure plates. Legend of Grimrock channels the classic old school games like Eye of beholder in their plot making it more interesting. 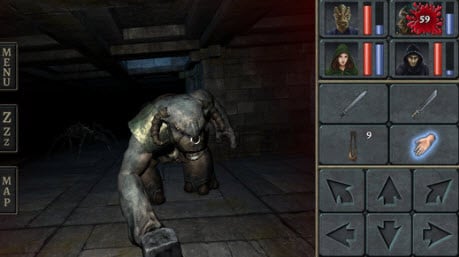