How To Create Green Screen Transitions

When you are working with video or animations, chances are that you have created a fully long elaborated narrative with a lot of images. Those images tell a good story but, sometimes, the story starts to pace too fast, scenes change to the following but there is not a coherent development. Something is lacking and possibilities are high that is some transitions.

In music and video edition, video transitions are an issue to never overlook. They tend to stabilize the flow of images and help to mix and glue everything together. Video transitions help to develop the story and its rhythm, using little spaces of time, generally between scenes, to help the watcher associate the scenes and mentally follow the story. And it’s all a matter of visual-intellectual coordination, as the human eye can follow changes at a determined speed, but it takes time for the brain to collect the image visually and transform it into a message codified in an electric pulse that tells you the image is changing in such a usual or unusual way.

Part1. What is a video transition?

Transitions are usually made with effects specially designed for video editions in programs like Premiere Pro, After Effects, Chroma Key or DemoCreator. Each video editing software has its particularities and its pros and cons. Some of them, like DemoCreator, allow users to create free video transitions, as long as the software is free and you can download it. Paid programs are said to have a more professional profile and approach, but freeware versions are as good as they are not too difficult to use to produce green screen transitions.

All the trending video edition software usually has several transition effects kits specially designed to suit the scene's requirements, as some scenes can do almost with raw transitions, but many scenes could deserve smoother cuts.

There is not an exact formula to select and apply a transition effect. They all have different actions and forms to affect the visual narrative. Most of them have a unique way of affecting the mood, development, and flow of the visual story.

Some popular video transitions are using an effect known as Chroma Key or Chroma Keying which is a visual effect and post-production technique to layer various streams of images together using color cues to remove a desired background from the image, allowing the user to create funny images with out of context fills. 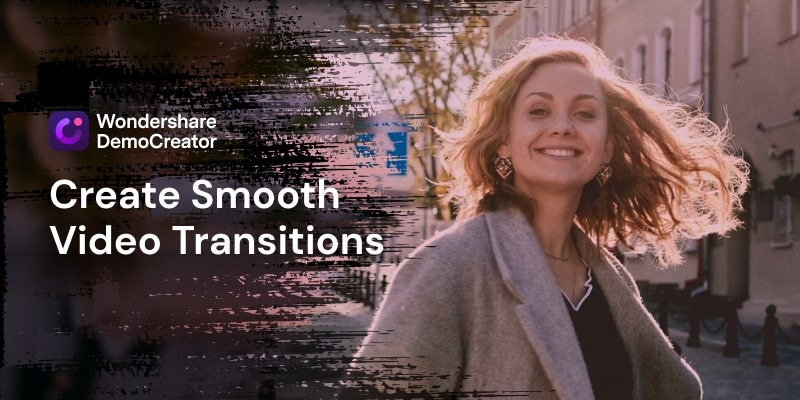 Part2. How to apply green transitions in DemoCreator

The DemoCreator software, developed by the Chinese company Wondershare, is a free video editing software tool that allows users to create several kinds of transitions, like erasing, evaporations, fading, flashing, and especially, green screen transitions. It has also a lot of useful features like voiceover, annotations, video speed control, caption tools, stickers, cursor modifications, and more. It supports many formats of input and output video, including mp4, WMV, Avi, MOV, mp3, and gif.

Try any of these video transitions effects with Demo Creator:

With this effect, the image starts to fade and reduce itself until the next image appears below and starts to reproduce.

Very nice transition effect where every object in the image tends to disappear diffusely like it was evaporating.

Classic video transition effect that is applied when the selected image simply fades out and the next image fades in gradually.

In this effect, the image seems to rapidly and gradually disappear in the same way as the image blinks.

Shootings and layering of green screens are generally used in the creation of life motion projects involving custom backgrounds, or for the creation of special effects, designed to function as links between scenes.

To create green screen transitions in DemoCreator open the software and go to the library button on the top left corner of the interface, and then drag the background clip to the video track on the bottom of the screen. 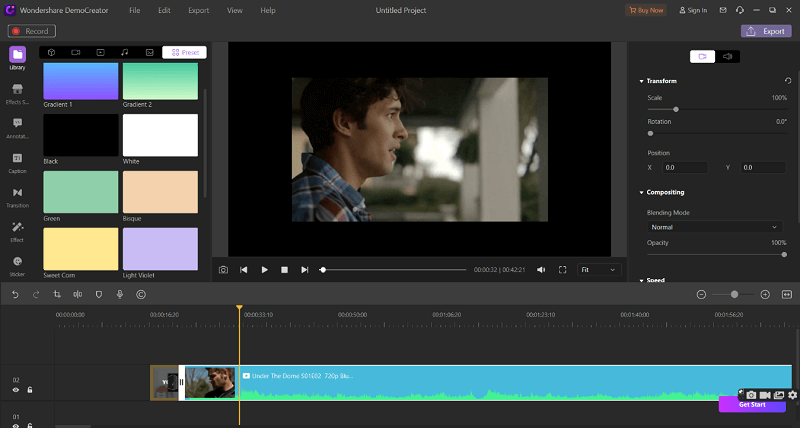 Drag as well your upper clip to the video channel on the bottom of the screen and then go to the Transition button on the left of the screen. Tab the button and DemoCreator will show you the transition effect kit. Select the green screen effect and drag it down to your layering clips. That will enable the effect. 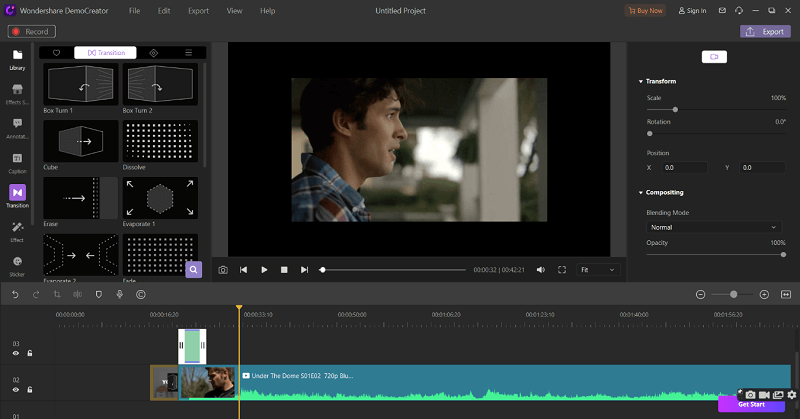 Move your cursor to the right and make adjustments on the green screen menu on the right of the screen. You can manipulate values as video Offset, Tolerance, Edge Thickness, and Edge Feather to smooth the transition further up. You can also adjust the size of the green screen by clicking and dragging over it with the mouse.

Once you are satisfied with the results, go to the top right corner and tab over the select export button to export your video on your preferred mode (mp3, mp4, avi, mov or mwv), and show people your news abilities. 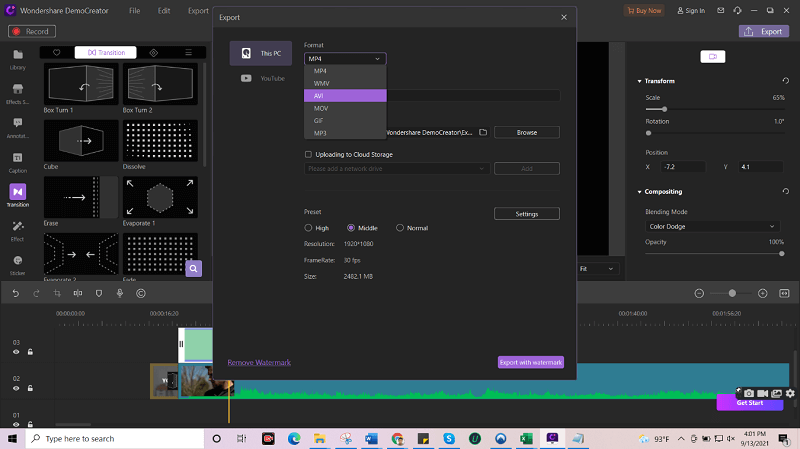 Wondershare’s DemoCreator is a powerful tool to create funny and interesting green screen transitions and to create and edit all kinds of videos and clips. It has several useful features like annotations, effects, and titles to add your video some interest.

Use DemoCreator’s resources to create free video transitions, edit and share as fast as possible, and export them to your favorite platforms.