Just in case you’re not aware of things in the gaming world, MMORPG (or massively multiplayer online role-playing games) are games where you as a player take on a role of a character and control it in battle or through its plot. You will also be interacting with a lot of characters who are likewise controlled by the people playing them. All of these take place on an online server. MMORPG games are one of the most popular niches in gaming. What makes it exciting is being able to play, strategize and connect with tons of people from other parts of the world. There are many genres of MMORPG games, from fantasy, tactical or war games, and sci-fi.

If you are just new to the MMORPG world, or someone who’s been playing it for quite a while and want to find out about new games, we gathered some of the best free MMORPG games you should never miss. We have rounded up a good mix of fantasy and reality MMORPG games. This is perfect too if you just want something casual to pass the time or if you’re trying to find a new adventure.

If you want an MMORPG game with refreshingly new gameplay and beautiful graphics, then you should check out TERA if you haven't yet. TERA (The Exiled Realm of Arborea) differs from other MMORPG games in the way that it lets players manually control and inflict direct attacks on foes, as opposed to click-and-auto-attack. This makes it more interesting and adrenaline-rushed as you beat away BAMS (Big Ass Monsters) or other players. You need to remember to be in your skill range, so you won't miss the attacks you make on your target.

The range of characters that you can choose does not seem to differ from other MMORPG games. You have the archer, berserker, brawler, gunner, lancer, mystic, ninja, priest, reaper, sorcerer, slayer, warrior, and Valkyrie. Each has its own unique set of skills, for example, the mystics can drop magic spheres where you can regenerate your MP and HP. The game generously considered the player’s freedom to customize their character by letting you choose between seven unique races and tons of facial and hairstyles. You can also customize the color of your armor and accessories. This gives your characters a distinct look that reflects the player or his or her imagination. Team up with other players when on a quest to amplify your strengths. 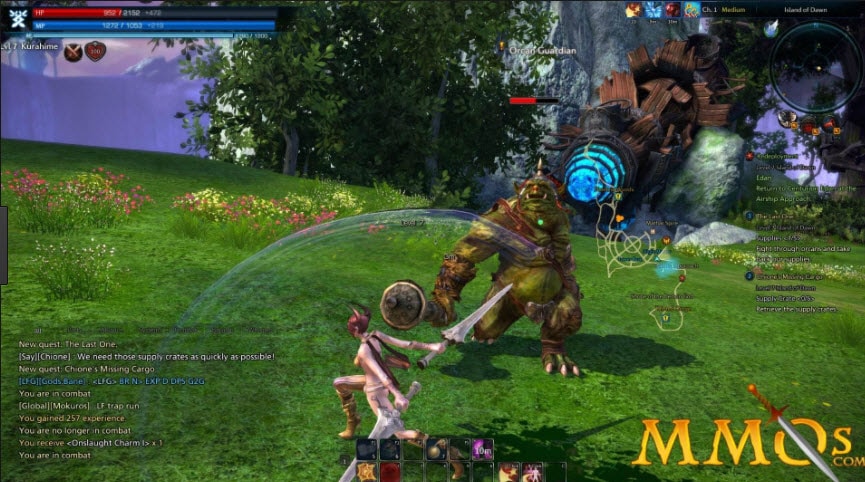 There are no frilly or colorful fantasy characters for this MMORPG game. World of Tanks is set on a historical and realistic backdrop where players can choose and control their war tank modeled after ones used in World War I, the Cold War, and World War II. It has emerged as one of the most popular MMORPG games, with 75,000,000 registered players recorded as of December 2013. You need to note though if you're wary about freemium games because this one is. For war game fans trying to find the perfect MMORPG game where they can play with other players, then this game is for you.

The different tanks you can choose in World of Tanks are light tanks, medium tanks, heavy tanks, tank destroyers, and self-propelled guns. You can choose from over 400 tanks from countries like Japan, Germany, France, Britain, and the Soviet Union. You start out with a basic tank and would need to shell out some dough to make upgrades. Some tanks allow you to snipe other tanks for a more direct hit when attacking. The game also lets players customize their tanks by adding parts, which can be bought from the game’s Tech tree.

The game modes you can play are clan wars, where some players per team can battle each other grouped in tiers; stronghold where you develop your team's territory and gather resources, among others. 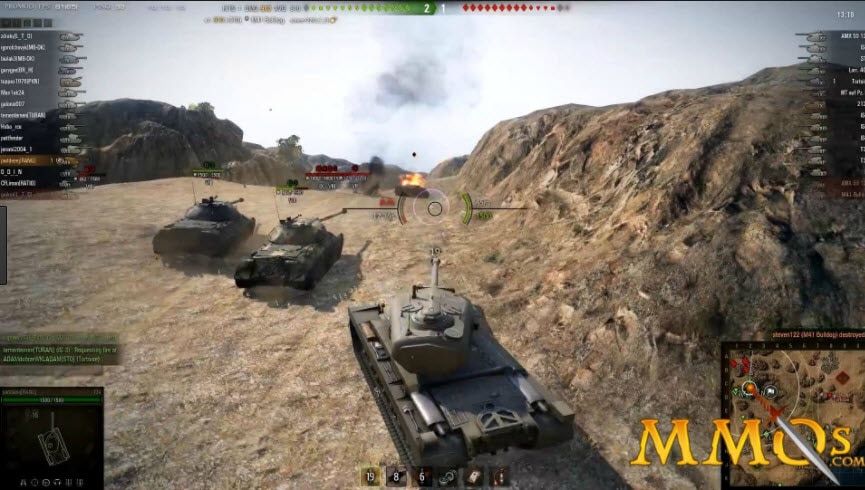 AION: ASCENSION is another fantasy MMORPG in the list. Players wield compelling characters that have enormous wings which allow them to traverse the breathtakingly gorgeous mystical world of Atreia. You can choose a character from 2 warring factions: the Asmodians or the Elyons, where a light-vs-dark dynamic is going on.

There are over 3000 story-inspired quests that you can take as you explore Aion’s world. You can choose from different classes: warrior, scout, mage or priest. When you reach level 10, you will need to choose a subclass: gladiator or templar, ranger or assassin, spirit master or sorcerer, cleric or chanter.

The combat in this game is an auto-attack type. You mark your target by clicking on it, and depending on your character class you can cast a spell or engage in a melee combat. You will also need to defend yourself by using armors and shields and will also be dependent on how you use it and how you move your character.

A unique feature of this game is it allows your character to take flight and soar throughout the map. You will receive your ability of flight and your wings when you reach level 10. Flight can have different purposes: from travel, combat, and completing quests. You will need to monitor your flight meter, which will activate when you're in flight mode. At lower levels, your flight ability and time will also be significantly shorter, but as you equip and upgrade armor titles and other in-game items, your flight time will be increased.

AION: ASCENSION is a treat for new players and loyal fans as it opens them to new and refined starting areas, an engaging difficulty for the adept and experience Aion player, and excellent content with no subscriptions, account tier or purchase needs. 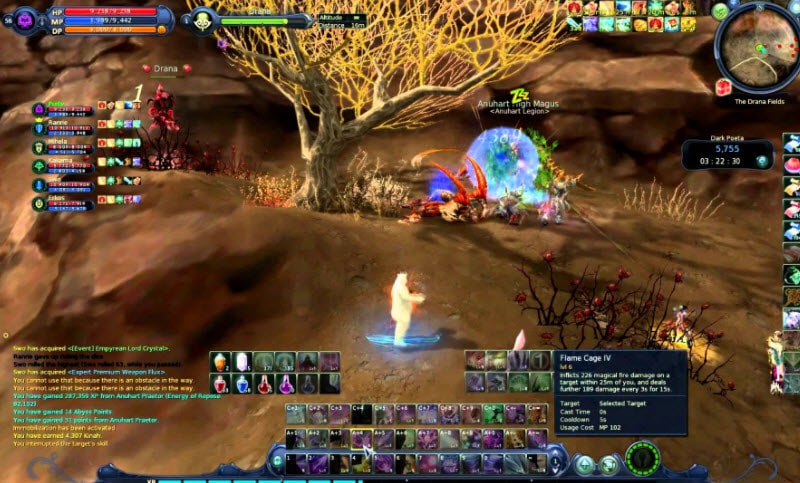 If you're getting sick of fantasy MMORPG games, Alliance of Valiant Arms is right for you. This game takes a more realistic landscape, with first-person-shooter combat like such games as Counter-Strike. The gaming field is set in a fictional scenario where you take part in the EU or Russian forces.

Character classes you can choose are long-range shooter snipers that can inflict a clean and direct shot, riflemen who are always dependable in their ability to excel in different combat skills, and pointmen who move in close combat.

Different game modes for Alliance of Valiant Arms are player vs. player where you team up with various players and take down your enemies, and player vs. artificial intelligence where you can challenge AI foes. 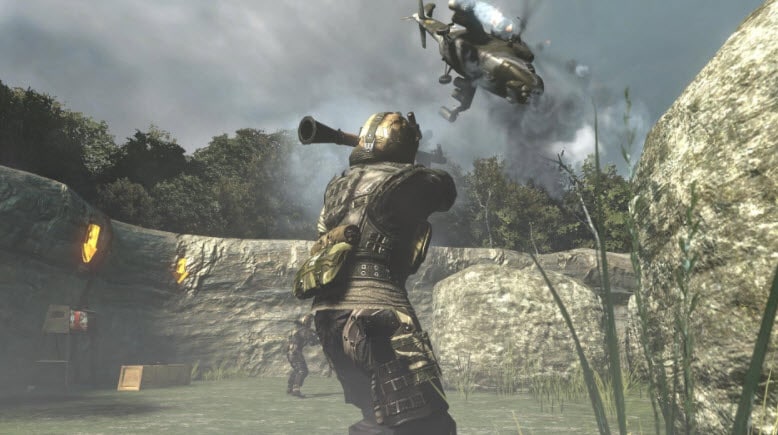 If you like a classic flavor for your MMORPG game, Allods online is for you. It all has the traditional MMORPG factors: quests, NPCs, and items for purchase to upgrade your armor and weapon. But a factor that sets this apart from other MMORPG games is it allows players to build ships, sail around the "Astral," and explore new zones. The Astral is a magical sphere where you can fight your ships with other ships controlled by other players. This game has beautiful graphics and a more engaging combat system as it does not employ auto-attack. 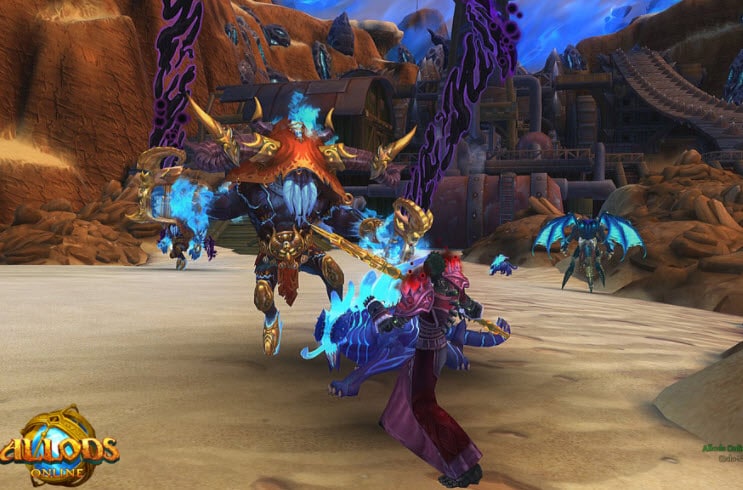 Aura Kingdom’s aesthetics are anime-inspired and pleasing to the eye, which the game confidently boasts. Azuria is the magical world of Aura Kingdom, where your mission as Envoy is to save it from Darkness. Auria also holds a lot of quests for players, and completing it will reward you with experience and upgrade your character, skills, and equipment.

Interesting features of the game include pets call Eidolons, companions that aid you in combat; travel using unique species that allows you to fly or cover distances in shorter periods of time, and competitive player vs. player combat.

Character classes you can choose are guardian, duelist, ravager, wizard, sorcerer, bard, grenadier, gunslinger, brawler, ranger, ronin, necromancer, greatsword, and ninja. The Envoy Path is your roadmap on how your character upgrades and improves stats when you reach certain EXP points. The points you get also enables you to choose bonuses.

There are also zones with higher levels of difficulty for players seeking more challenge. Completing these will let you acquire rare and powerful items. 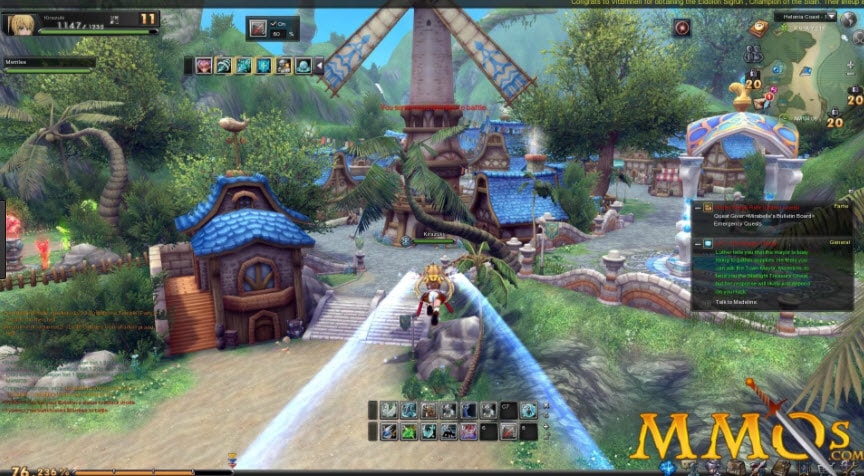