The world glorifies pro gaming spending thousands of minutes watching videos of pro gamers in the act. And pro gamers understand correctly that when it comes to attracting and holding viewers' attention, it requires more than just capturing the video game session. The intro matters a ton because it is the first thing you show of yourself. You'd like to get the best out of it.

Wondershare DemoCreator is wildly known as a screen recorder. But the program comes with a series of annotation options, such as Captions, Banners, Overlays, Arrows, and more to enrich your video game recordings.

What's more, you can add colorful stickers to your screen recordings to emphasize your points. You can also cut, copy, accelerate, slow down video speed, adjust the border, composite, change the volume, and more as you want.

However, the intros you'll create with Wondershare DemoCreator will have watermarks unless you pay for a subscription.

If you're looking for a professional program for editing your videos, creating fascinating gaming intros in incredibly few, and easy steps all these are the comfort zone of Movavi Video Editor Plus.

This gaming intro maker for Windows and Mac PC presents all the tools you'd need to make a superior intro as possible. 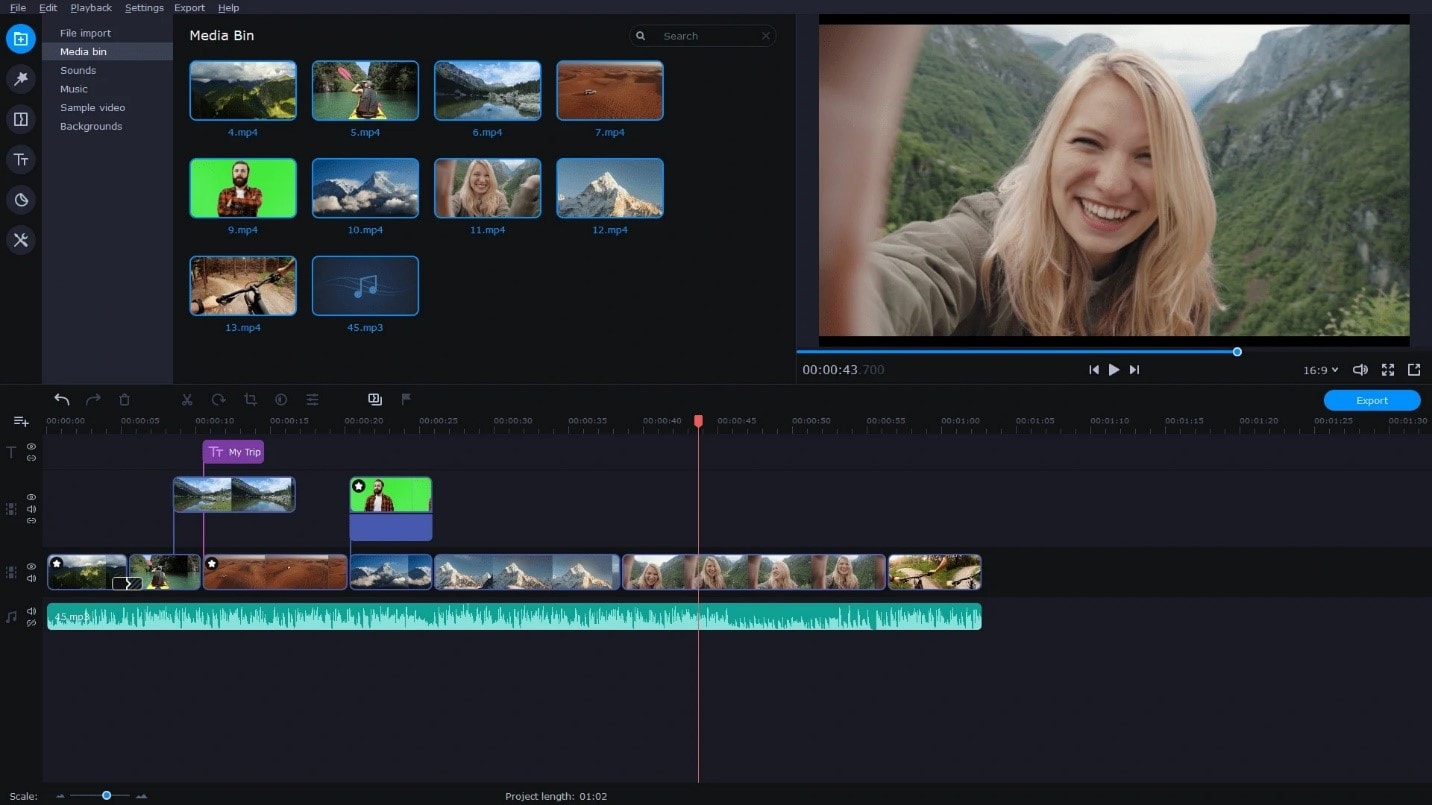 Apply filter from the multiple options, add transitions from tons of built-in transitions, preset titles, add a music track of your choice in the background, or even execute voice recording all these functionalities on an effortless, straightforward user interface.

You cannot copy and paste video effects using Movavi Video Editor Plus. Plus, the color grading tool for this program is overly simple such that it lacks the histogram, vectorscope, and the color wheel.

With $59.95, you get lifetime access to Movavi Video Editor Plus for either Windows or Mac.

You can't beat AVS video editor when it comes to ease-of-use. The user interface is intuitive, and it comes with a quick tutorial that walks you through the layers of the ground.

This gaming intro maker for Windows packs the typical video editing features like cutting, splitting, a library with a plethora of video effects, text transition, and audio streams, which proves handy in any gaming intro maker. 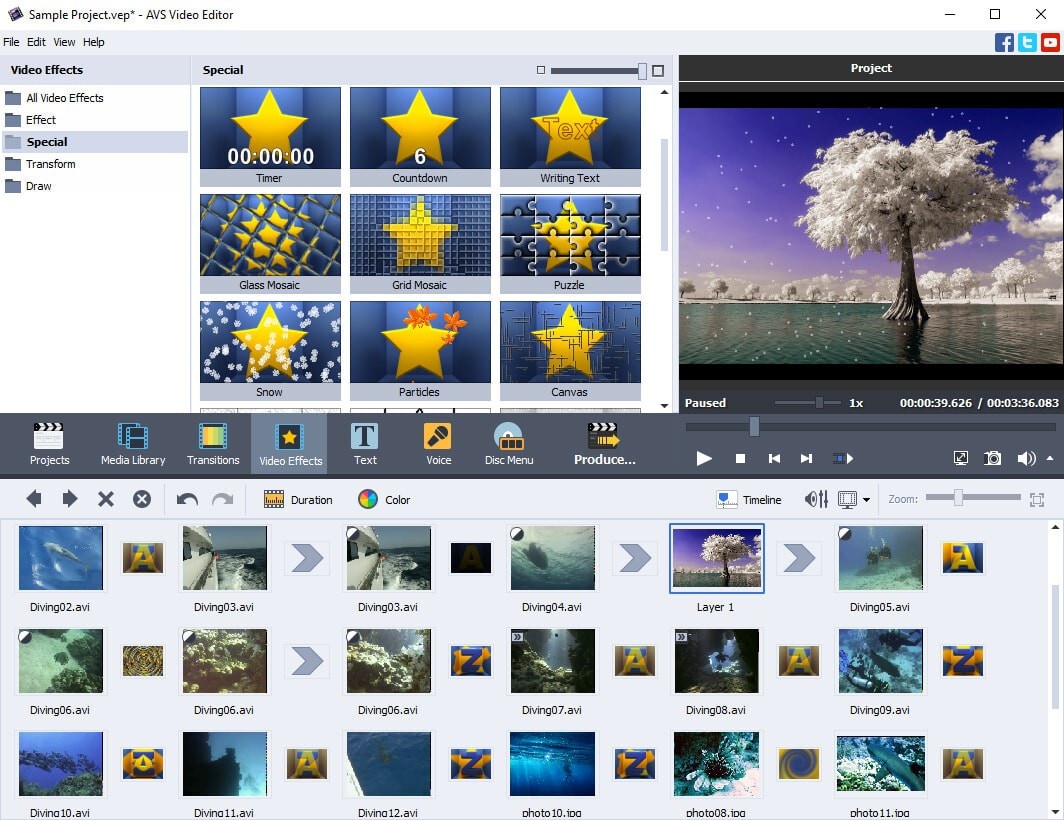 Even though the program claims to be free, it isn't entirely free. It creates videos with watermarks, and getting rid of them requires payment. What's more, AVS Video Editor does not offer a multiple-track video editing feature, limiting the software to basic home video editing.

If you were looking for infinite possibilities of intro ideas, then Adobe After Effects CC is an exact powerhouse for that. It's an animation and creative software aiming at animators, designers, and compositors to create motion graphics and visual effects for the film. In fact, it is one of the best gaming intro makers for Mac and Windows that you can ever use. 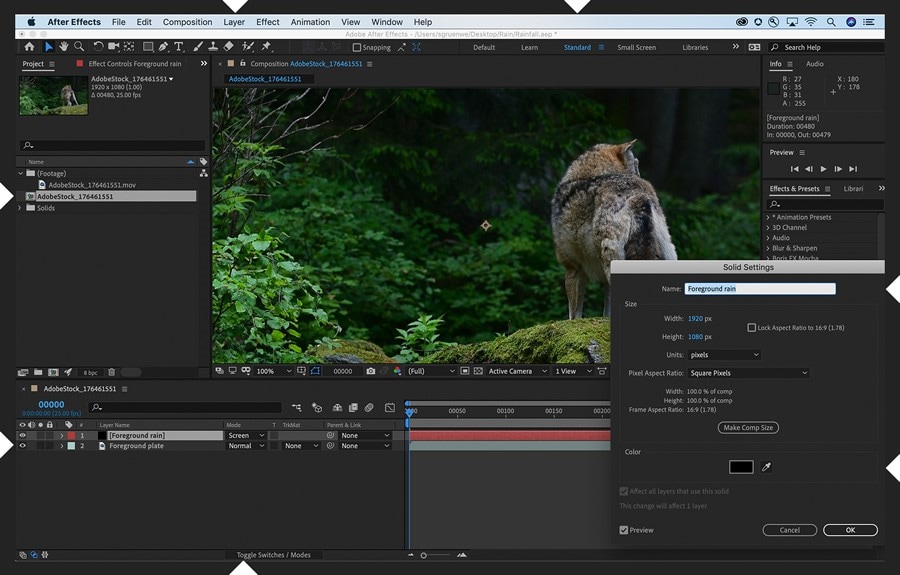 The software packs a plethora of free templates that you can use to make a professional-standard gaming intro, with near-to-infinite editing possibilities. And it doesn't matter whether you're using Mac, Windows, Linux, Android, iPhone/iPad on web-based this software is non-selective. But its interface might be intimidating to many requiring some time to get used to it.

This is another high-level gaming intro maker, but it might require prior experience for effective use. And when you get the hang of this software, you can develop a more detailed and movie-like video intro that will precisely capture the attention of all your audience. 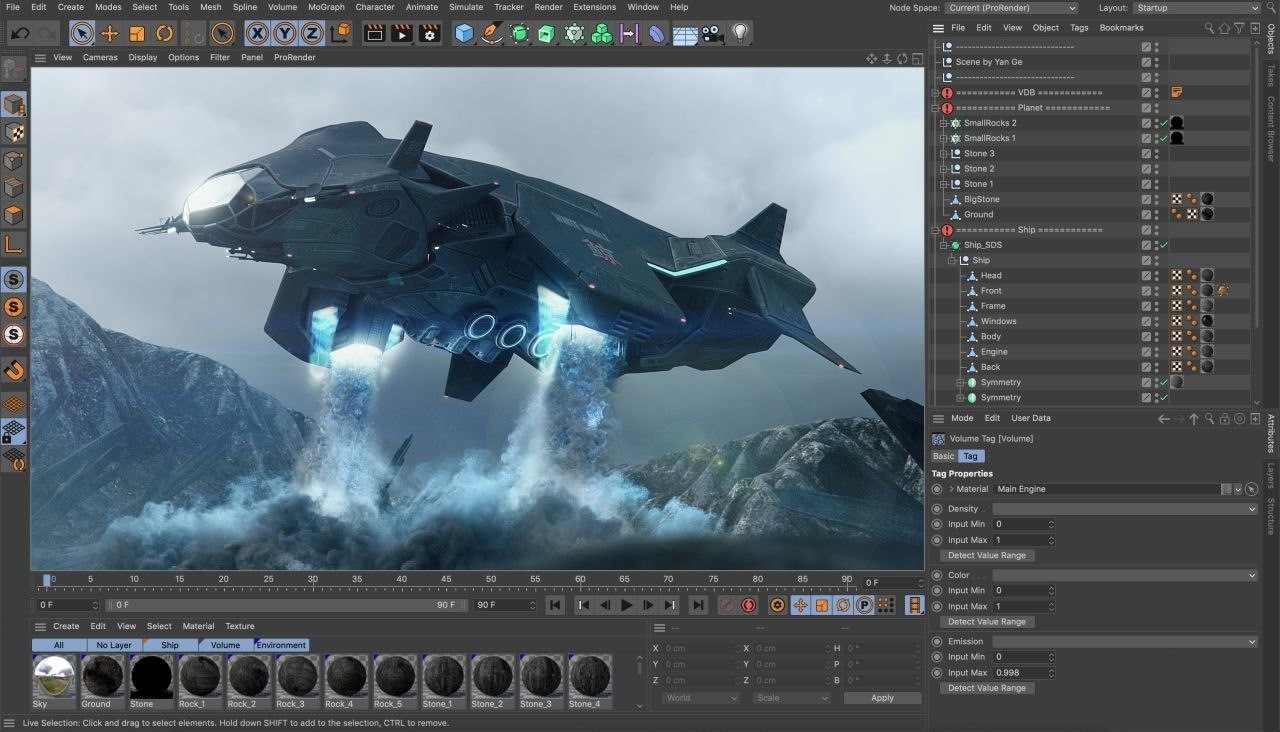 It is available for Windows, MAC, and UBUNTU platforms.

It will take some time to get used to the software.

When you're looking for plenty of video effects, MAGIX Easy Video might be the perfect fit. It present to you over 20 blur image effects, ensuring you don't starve for unique and excellent lighting choices. 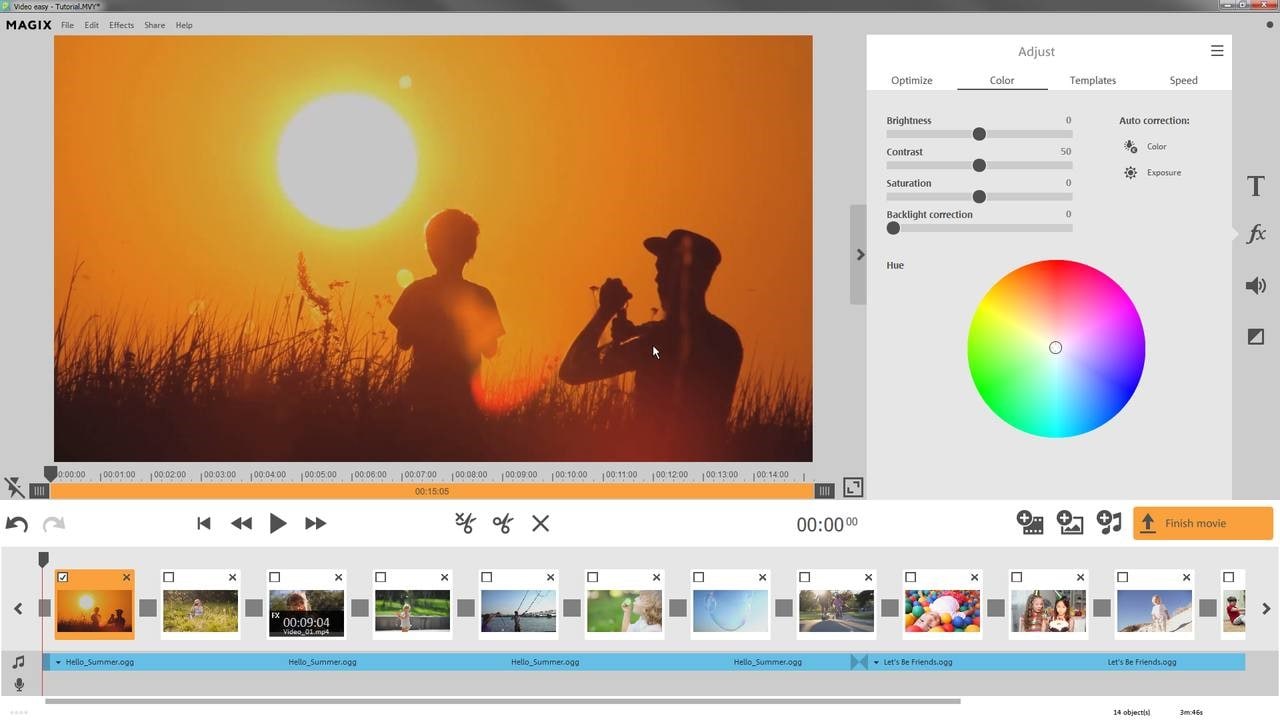 Besides, the programs have a slow-motion feature that can allow you to make your intros pop. The only problem is that this desktop gaming intro maker doesn't come cheap. In fact, it lacks even a free version.

To get started demands around $50.

Blender is an advanced level gaming intro maker for PC not only for the professionals but for YouTubers who want to stand out in their video intro. It is a 3D animation developing programs. You can produce any animation and rigging using the 2D and 3D pipelines in Windows, Mac, or Linux platforms.

However, you'll require a few weeks to learn how to use the software.

Blender software comes at no cost at all and no ads. 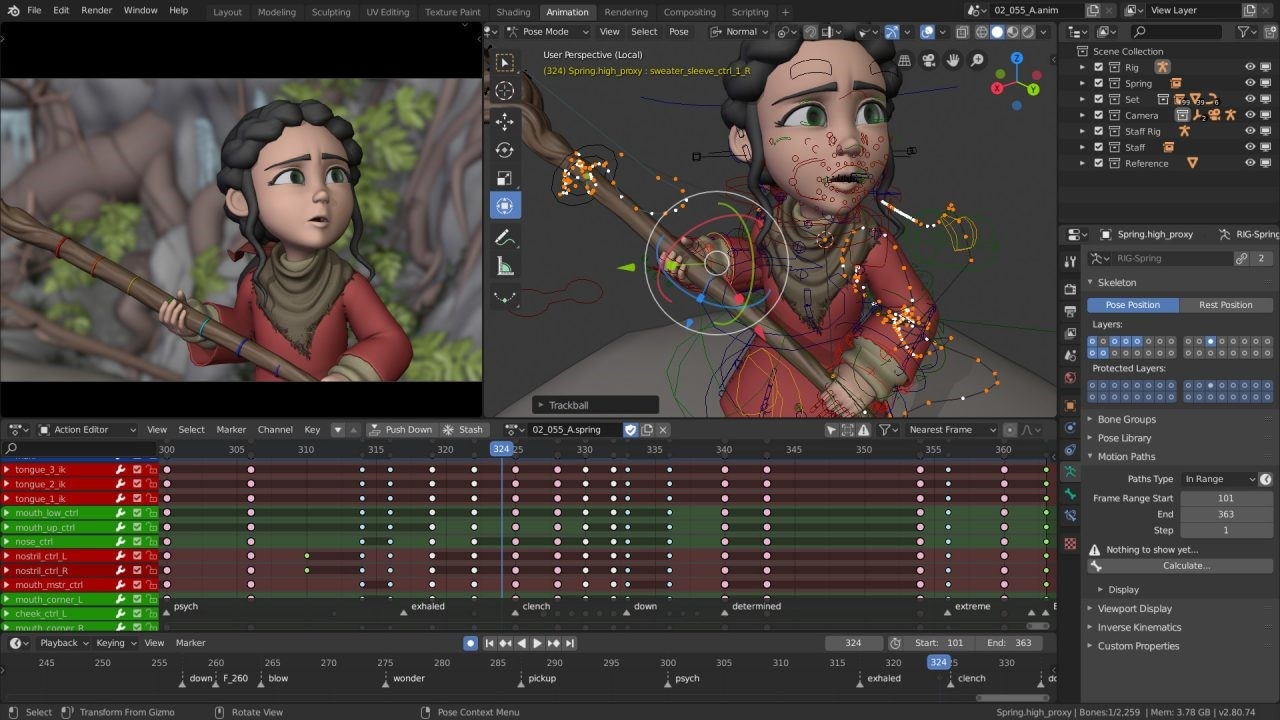 While these are 7 of the best gaming intro makers for PC, it's by no means a complete list. There are more. But you can't go wrong with any of these intro makers. But if you look at the cost, the Wondershare DemoCreator is a good choice. Not only the price is preferential, the function is also very rich. In addition to making video games, you can also record games, which is very convenient.