How to Stop Gameplay Recording on PS4?

Gaming is fun alone but gets better when it becomes a shared experience. Even if you are playing alone, you can still want to share some gaming moments of the game with your friends or game partner by posting favorite video clips on social media. The PS4 has a built-in feature of video recording, and you capture your gameplay without any issue. You can not only start the record for capturing gameplay that's about to begin, but PS4 continuously records the last 15 minutes of the game, making it easy to save the best moments that have just happened.

Recording the gameplay can't be simpler, especially when you are playing on PS4. You can press the "Share" button twice to start recording when you are already in the game. After pressing, it will begin recording with its default time, about 15 minutes, or until you stop it manually. Now let’s check out how to stop gameplay recording on PS4.

Part 1 How to stop PS4 Gameplay?

The most extraordinary part that the PlayStation plays is that it helps in constantly recording the gameplay. However, it saves only when it’s asked. All the recording places strain on the console. Moreover, if you don't use the feature, opt for turning it off. But unfortunately, Sony doesn't let you stop the recording. But you might limit your recording activity, which might help you. Let's check out how to stop gameplay recording PS4.

1. Switch on the PS4 and sign it worth your registered user ID. After that, you will have to press on the Share button of the controller. Choose "Sharing and Broadcasting Settings" from the given menu which appears. 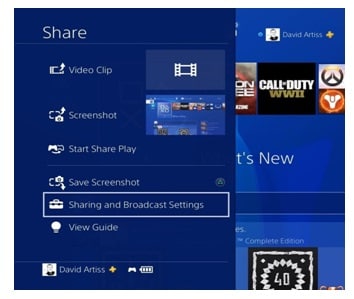 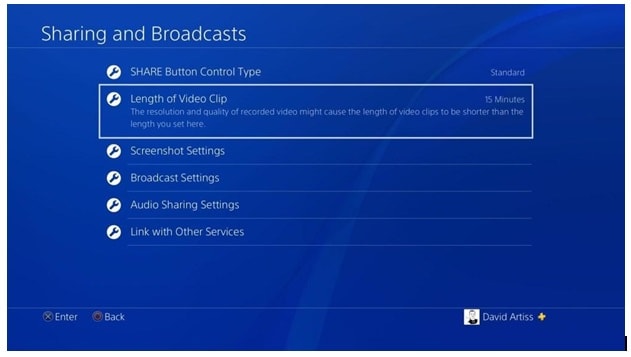 3. If you want to change the "Length of Video clip," then adjust it according to your requirements. The nearest switch of the video recording comes out to be 30 seconds. 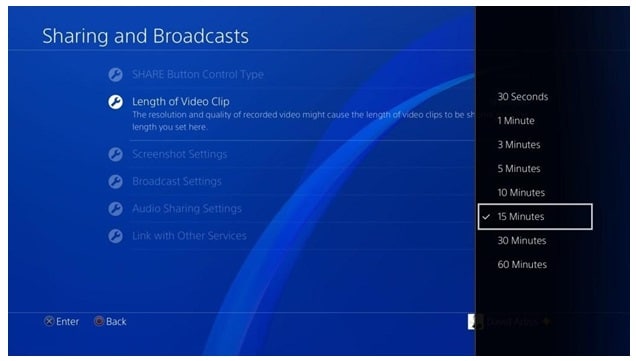 Now it will record only 30 seconds of your gameplay which can be considered as off. It will make sure that it puts less strain on the poor console.

Part 2 How to Edit and Share your PS4 video?

Recording, editing, and Sharing gameplay on the PS4 is much easier than you think. The capture cards are the best way for recording and streaming the gameplay, but you will capture the PS4 gameplay directly from the console, without any requirement of hardware. Now you have learned about how to turn off gameplay recording on PS4.

In this article, we will show how to record, edit and share the gameplay on PS4. Additionally, we will show you how to upload your gameplay video directly to the social media sites or if you are looking for high-quality products and how to export files to the computer.

First, you have to hold the share button of the PS4 controller to open the Share menu. From there, you can change the setting of how to share the content, including video. You will have to use these settings while uploading the video. But for now, determine how many minutes you want to record the gameplay. 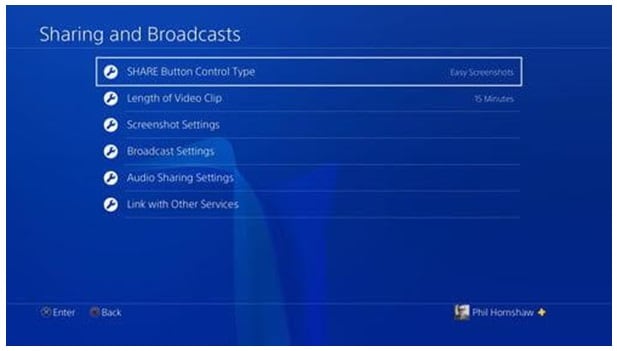 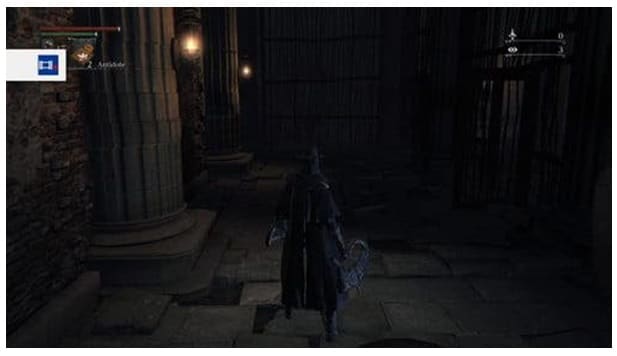 When something good happens in the gameplay, you wish to record it to show the moments to your friends. But unluckily, you didn't press the share button. But luckily, your PS4 continuously records the gameplay, but it doesn't save it until you permit them. You can find out the 15 minutes of the gameplay session in the video's cache. 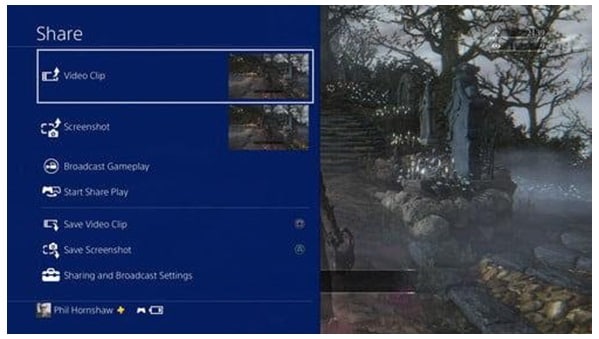 Now you are ready to edit the video clips and get shareable clips. In most cases, you will need to trim your video for public consumption. Some social media allow short videos, such as Twitter. Even if you don't want to shorten the clips, you have to remove the boring parts in your gameplay at the beginning or end to get the best part. 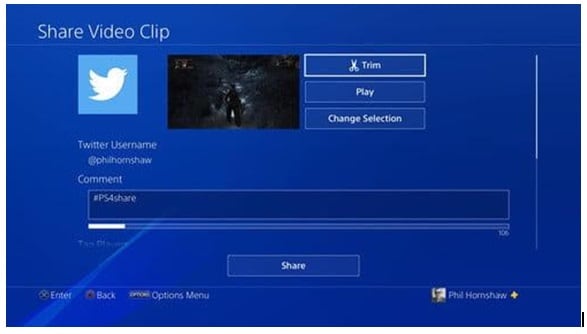 The Trim Option will be available in two places. First, in the Capture Gallery, you will highlight the video and press the options button of the controller to pull the menu, which includes the Trim option. You can even choose the "Share Video Clip" from the Share menu, and you will open up the screen with the list of video services and social networks. You will find the "Trim" at the top of your screen. 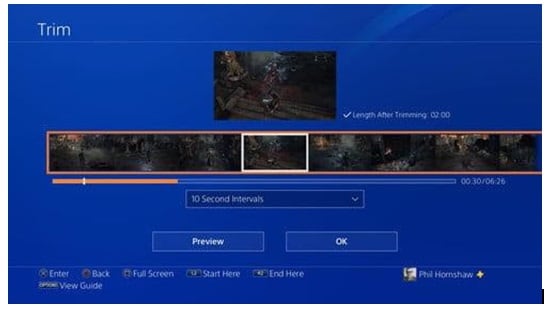 Choosing trim will allow removing the multiple footages from the video to make it look attractive. First, find out the spot in your video where you wish to start. Use the directional pad of the controller for scrolling through the macro view of the video's timeline.

When you find the spot where you want to start shortening the video, press L2 to select the start point, scroll forward to see the endpoint, and press R2. The orange box will highlight the portion of your timeline which will become the next new video. Other unselected portions will get deleted while finalizing the edit. To get precise edits, you might watch the video to find the correct spot from start to stop by selecting "Preview Button."

Once the video gets trimmed to its proper length, it's time to post it on social media. You will need to connect your PS4 to the social media account for direct uploading, but choosing the social media network from "Share Video Clip" will give on-screen instructions to sign in. Once you are all set with the social networks, pick up your video, write a tweet, update the status, and give a description. 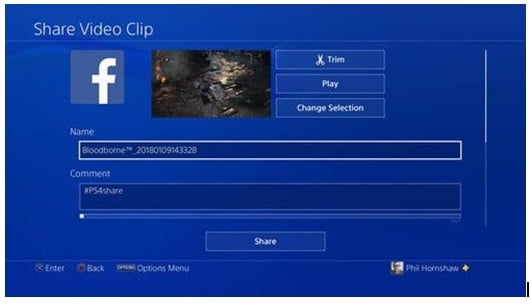 Some social media platforms offer additional features to customize the privacy setting for the video. When you upload to YouTube or Facebook, you can choose the controls to allow people to see. On YouTube, you can publish the video as "unlisted," so they are not private but don't show up in search.

Wondershare DemoCreator is one of the best software for Gamers, twitch streamers, and YouTubers, who live to share their tutorial content and gameplay with their fans and followers. It also excels in recording the daily presentations and meetings for future references. By implying the real-time screen drawing and the mouse spotlight feature, Wondershare DemoCreator uniquely records the screen. The elements combined make capturing webcam, microphone, and system sound content relatively more personalized and straightforward.

There are many screen recorders on the web which offer the same as DemoCreator delivers. But it stands out from its competition by packaging the screen recorder with an advanced audio and video editor, which possesses the ability to create a fantastic video from the bland video.

The screen recording is something DemoCreator boasts about, and it is known for this on the web. This is the first thing that will greet you while you open the software on your PC with a red button to press a record button. You can simply click on it to start recording.

The DemoCreator hit out of the park by offering users to highlight the content, drawing, and writing on the screen or adding another symbol while recording the screen. This is a marvelous feature and much helpful while creating instructional or tutorial videos. Using this feature is very simple.

The Wondershare allows you to record your face by the webcam while recording the screen. The feature is most helpful for the teachers, video commentators, and online gamers who have to expose their face to their content as they are the in-charge of the presentation.

There are some users who are involved in recorded presentations without revealing their face. This software can record the audio directly from the microphone to serve the same quality. It can keep the audio recording separated from the video recording, making it easier to edit both of them separately. You can easily dissolve, blend and mix the audio late to the video editor.

This audio fade-out and fade-in feature are crucial for editing the audio and forms an integral part of the audio experience. This feature offers you to raise the audio volume from the silence with the help of audio fade-in and audio fade-out.

In this article, you have got to know about how to turn off game recording on PS4. You can easily record, edit and share the recorded video on PS4 easily. If you have any confusion about editing and sharing, you can go through the steps mentioned above. You cannot stop the game recording completely on PS4, but you can select the length of the video to 30 seconds which is near to off.