How to Record GamePlay on Xbox Series X

While you are hitting repeated goals against the team in the NBA series game, it's obvious that you will want to show that off to your gamer friends. It might also be the case where you need to show your audience the skills that you possess in hitting the enemies using a sniper in COD: Warzone. The easiest way is to record the gameplay and share it with all the friends. For all the gamers who are on the Xbox Series X and Series S consoles, we are going to give you a very simple and easy solution to get it done with.

In recent updates to its consoles, Microsoft has added some easy recording options, and we hope that you are able to get the right answers for your question on how to record on Xbox Series X without any hassle after going through this guide. We are going to discuss two methods that you can follow to record the gameplay in its best quality.

How to Record Games on Xbox Series X

The people who are using the top-of-the-line consoles such as Xbox Series X will not need any extra plug-in or third-party app to capture the screen. Here, in this method, we are going to discuss a detailed step-by-step process to record your gameplay using the provided controller.

1. Once the console is booted up, you will need to get the controller and hit the Share button. It will give you a plethora of options to choose from and you will get the following interface. 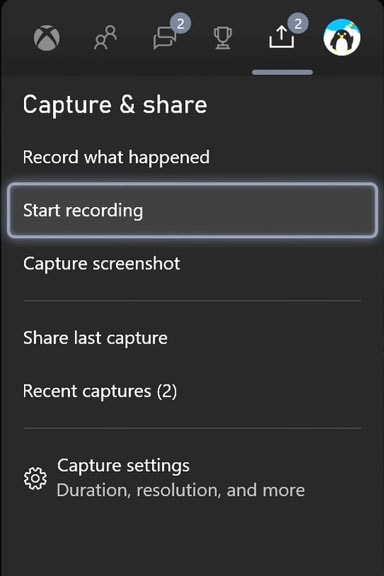 2. There are also some issues reported by a number of users that called out the limitations that it comes with while recording on 4K resolution. There are a few reports where users claimed that they weren't able to record the 4K content at all. However, all the claims are true to some extent. You can resolve the recording limitation issue by hooking up an external storage drive. It will give you the ability to record an uninterrupted 4K footage up to 1 hour. 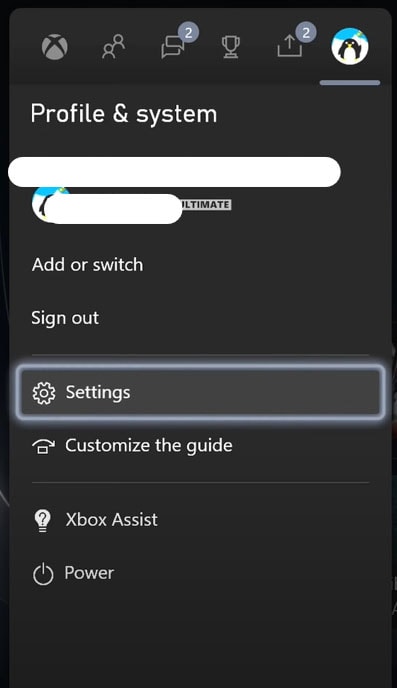 Apart from it, you will need to go to the General tab and configure the settings according to your requirements. For instance, the Account tab will give you sections related to accounts/billing, lining the social media accounts, sign-in, and passcode settings, and a few parental controls.

4. Once you hit the Capture & Share tab, the interface will give you a prompt to verify the identity by entering the passcode. Upon entering the 6-digit password, you will be greeted with a few more options that will allow you to understand the interface better. 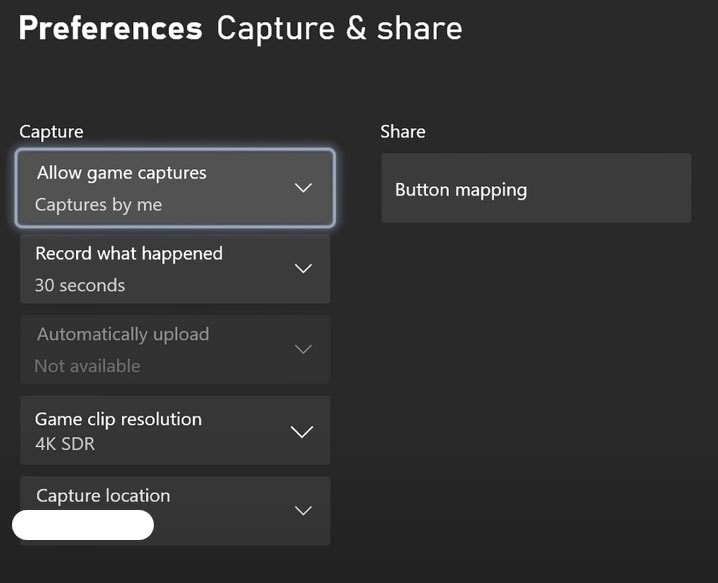 5. In the Capture Location tab, you will need to set the storage on your hard drive. By default, it will be set to Internal. To make sure that it detects the hard-drive, there are a few tweaks that you need to make. Making the external drive as the default storage will allow you to record gameplay on Xbox Series X up to 1 hour. You will need to go to the System settings and click on the Storage tab. 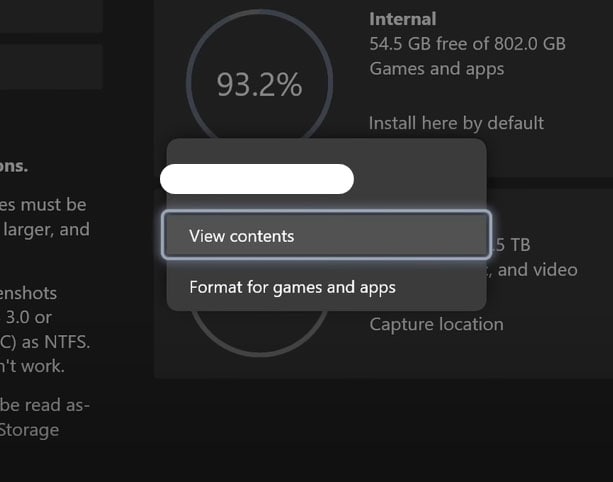 6. You will need to reach again to the Preferences menu, where you will have to select the hard drive again. It will give you a prompt to confirm the change.

7. Now, once everything is done, you will need to launch the game that you are going to record. Hit the Capture button on the controller and go to the Share icon on the new dialog box. Here, click on the Start Recording button. 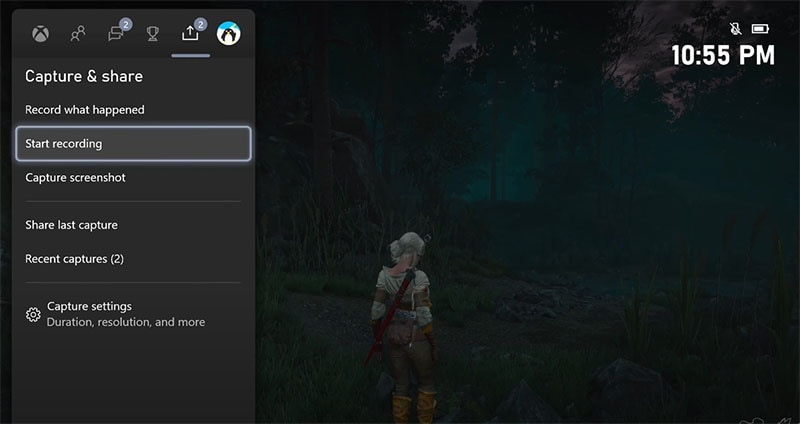 8. To stop the Xbox Series X game capture, you will need to launch the control center and hit the ‘x' button on the controller.

Note: There is one thing that you need to keep in mind is that if you switch games while the recording is going on, it will stop.

Method 2: Capture through your smartphone

The above method will need the controller to capture the gameplay and moving on from that; if you want to have another option for just in case, you can use your smartphone to do just that.

How to View and Share Videos on Xbox Series X

Now, when you are done with the recording settings that you needed to know, it's time to move on to the steps that you will need to follow to view the recordings and captures. 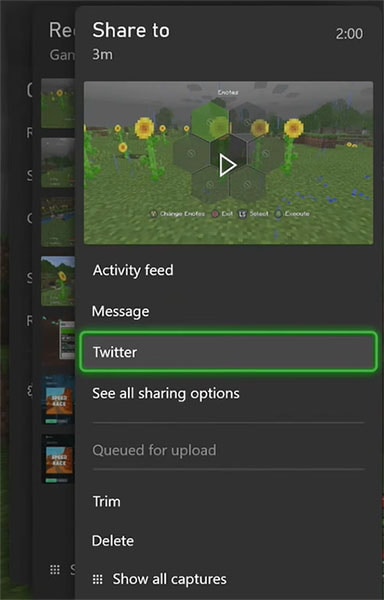 1. Launch the control center on the console and go to the Share tab that is present on the top bar. It will be the same tab where you found the Start Recording tab.

2. Under the Recording section, you will get options to view the content. Here, you will find the tab Recent Captures. Click on it, and you will find all the clips that you have recorded until now.

4. You can also share the content to a number of apps if you have connected the console to the smartphone using the Xbox app. It will also give you the option of editing the video that you have just recorded.

Some game players are loving capturing the highlights in their game and a screen video recorder is usually needed. I would recommend Wondershare DemoCreator - an easy computer screen recorder and video editor. This user-friendly recorder will automatically detect the running games on your PC or Mac and allows you to set up the recording area as well as video frame rate. Moreover, you can use webcam to add your face to the video to explain your expertise to others clearly.

We hope that our detailed approach on creating a guide on Xbox screen capture is able to help you with the question ‘can you record gameplay on Xbox Series X?' The steps that we have mentioned are simple and straightforward. Until a couple of Xbox consoles back, Microsoft wasn't providing any capturing capabilities.

The default setup will, however, still support just 30 seconds of footage at one time if you are saving it on the internal storage. You can plug-in the external drive, and it will allow you to record up to an hour of 4K 60FPS gameplay.