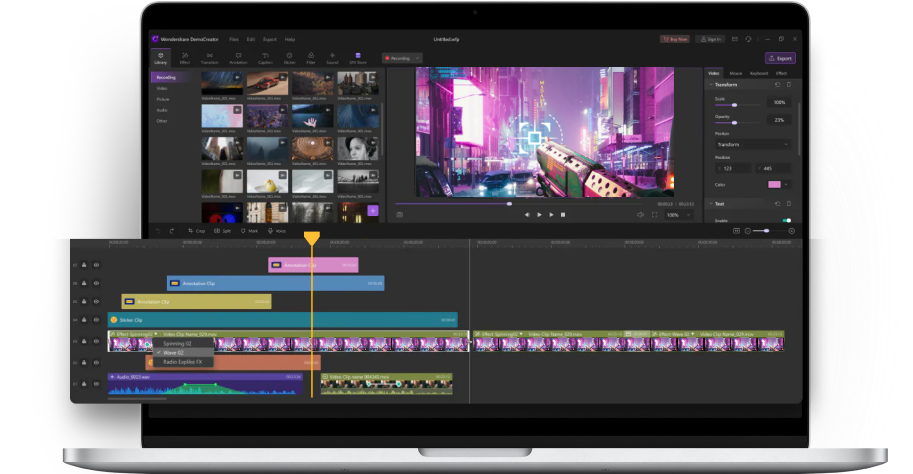 If you are a person who wants to record gameplay then you are in the right station. Gameplay recording can be done for any reason, some of the main reasons are.

Now, the above point also falls in two cases, that you want to teach people the tactics and the strategies you are using in a specific game to ace the game level so that others can also learn them and appreciate your efforts and under the hood, you have just followed your passion. 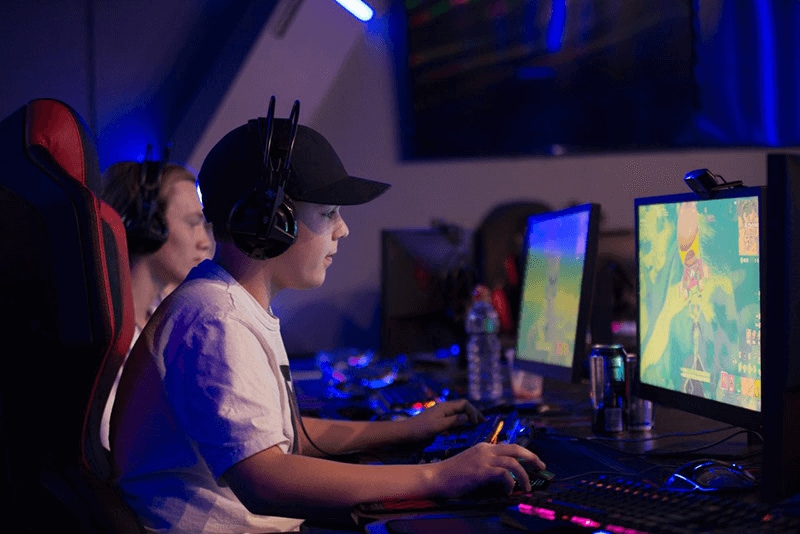 Other reasons are that you want to be famous in the gaming industry. Once you start recording your gameplays it will bring a lot of benefits to you again repeating young gamers will follow your tactics and will know you as the master in the gaming region.

Gameplays can be recorded for both hobbies and for professional reasons and both are briefly described above. Now, let's talk about the gaming industry. The gaming industry around the globe is continuing to grow consistently in 2021. Up to $156bn revenue is generated this year by over 2.6 billion gamers.

The story doesn't stop here, as per the statistics reports, the market value is expected to hit $268.82 billion in 2025.

Especially, the mobile and desktop-based gamers, are making a lot of cash by just getting famous in gaming through their tactics and strategies which they show in the gameplay recordings. So, you see, how can gameplay help you in starting your career or if you have started it then take you in it at the top values of the graph. 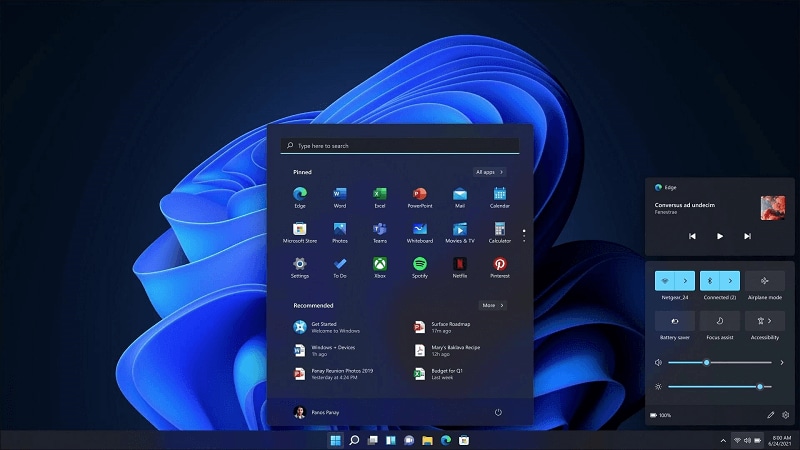 Is Windows 11 Good for Gaming?

The story started from Windows 8 when Microsoft added an Xbox companion application to it. Then with more operating systems, Microsoft developed, it has been adding more and more gaming functionalities and features to their operating systems.

The best thing about the Xbox companion application is that in Windows 8 Microsoft made this application to only function with gaming consoles but now in later versions of Windows, this tradition was abdicated, and playing with desktop components was allowed in Xbox application in Windows. 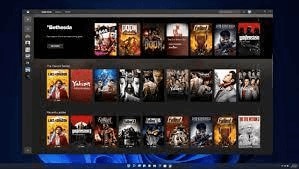 In the past versions of Windows, the APIs send the compressed game data to the RAM for storing it there temporarily so that it can be sent to the CPU for decompressing. After decompressing, this game data is again sent back to the RAM to pass it to the GPU for the rendering of the game to the user. This methodology consumes both CPU and GPU power.

But, now, in Windows 11, Microsoft introduces the Direct Storage features that make the API allow the GPU to load data directly from the SSD. In this feature, GPU processes and decompresses the gaming data by itself by ignoring the need for CPU processing.

Some issue may occur for Windows 11 gameplay

As every coin has two sides, the story goes the same with gaming in Windows 11. There are multiple issues being reported while playing video games in Windows 11. After deep searching the root cause of these issues, the researchers have found the main cause is AMD processors performance issues in Windows 11. 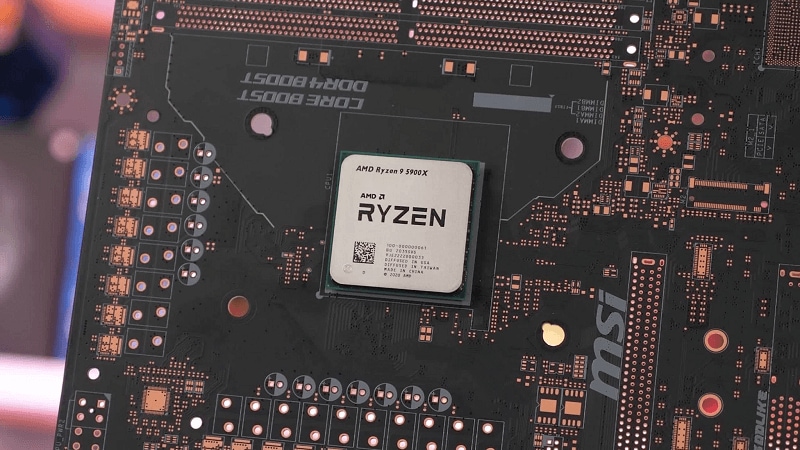 This is the biggest issue the AMD Ryzen users are facing currently. In a deeper view, compared to Windows 10, L3 cache latencies are heavily increased in Windows 11 making performance issues while gaming in Windows 11.

Some other issues are also arising in AMD's "preferred core" feature but, Microsoft is working on this issue quickly and soon the patch will be released for these bugs in Windows 11.

Still, Microsoft Claims it is the best Windows Ever for Gaming

According to Microsoft, Windows 11 is heaven for gamers. As Windows 11 was released, Microsoft also announced the operating system’s gaming abilities and rendered it efficiently. As mentioned above, Microsoft has added auto HDR capabilities in Windows 11. 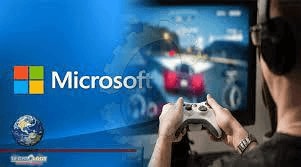 Auto HDR allows you to play games with high brightness, with more rich and vibrant colors, adding extra depth to video and image. This feature gives you the best gaming experience. The other feature that Microsoft is proud of is ignoring the need for CPU processing and power while playing games.

The APIs in Windows 11 allow the GPU to process and decompress the gaming data by directly fetching it from the SSD and removing the ritual of putting the game data in RAM for some time so that it can be processed in the CPU. Hence, this feature saves you a lot of power.

We have now talked a lot about the Windows 11 features, gaming capabilities and efficieciences. And now is the time to talk about the best softwares that you can use for your gameplay and stand at the highest peak in the gaming region. In this section, we will tell you the top best gameplay recording softwares.

DemoCreator ,developed by Wondershare, is the powerful video editor and recording software that is used by thousands of people daily for making tutorials, editing videos, recording gameplays, freelancers, youtubers, and every other person. The software is packaged with hundreds of video editing and screen recording tools which makes  industrial experts highly recommend it.

The best thing about the software is that it has a complete user tutorial despite the software being very easy to use. DemoCreator screen recorder is supported for game recording and that is why it has a separate mode for gameplay recordings. Below is way of how to record games in DemoCreator.

How to record games with DemoCreator 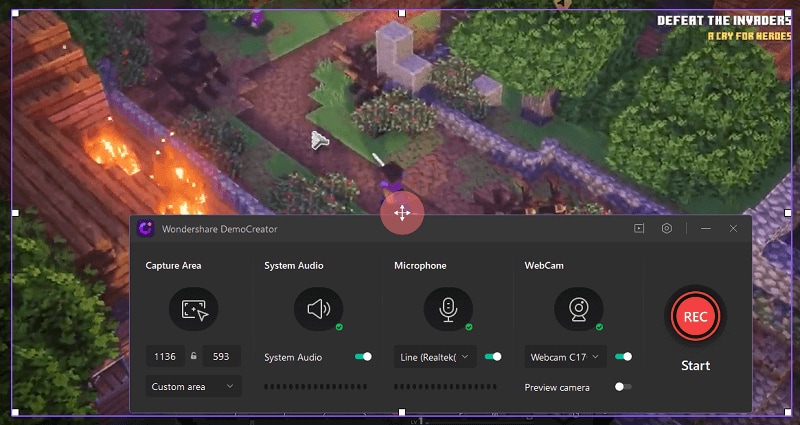 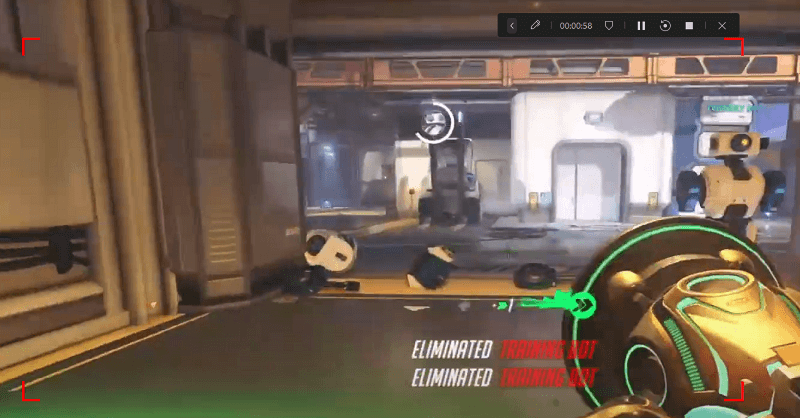 The Best Screen Recorder and Video Editor for Gameplay

Windows gamebar also allows you to record games with its recording feature. If you are playing games on Windows 10 or 11 rather than on Mac or Linux then you can efficiently record your games with Xbox Game Bar. The application provides you the professional game streaming options too. Not only game recording, but you can also capture the screenshots with Game Bar.

If the game bar is not installed on your Windows 10 install it from the Microsoft store. Windows 11 users have Game Bar already installed. 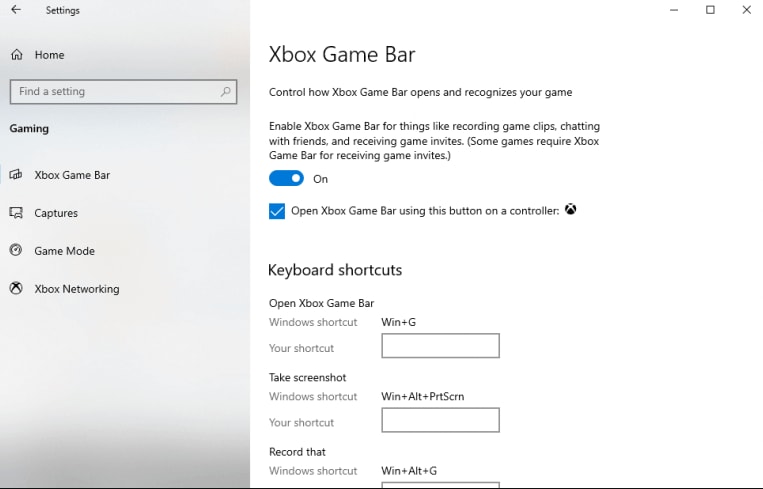 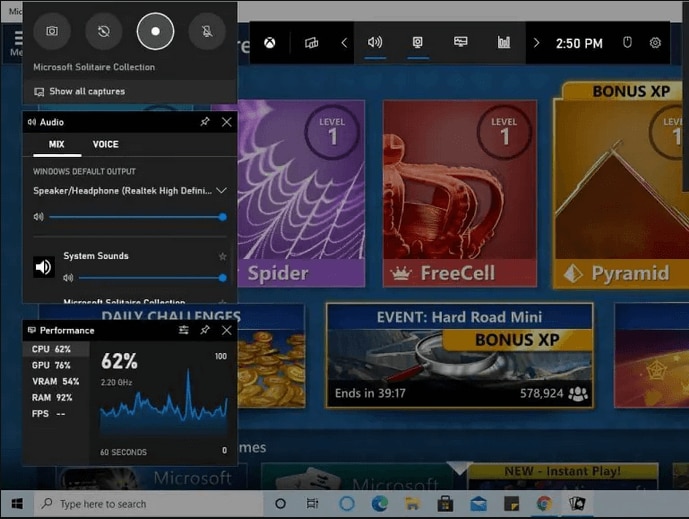 Microsoft Powerpoint is a slide and presentation-making software. It is out of normal that you have to record games with it. But still, PowerPoint provides you the option to record your screen. If you have no other option left then you can utilize it.

How to record games with Powerpoint 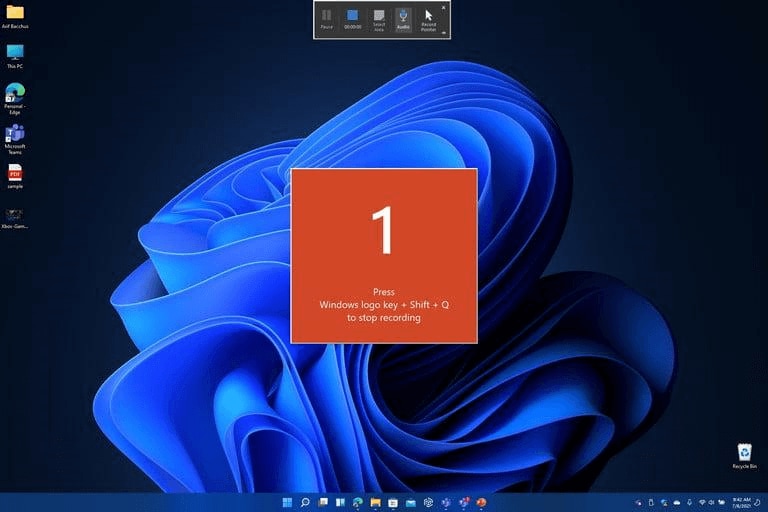 The application can be downloaded easily on Windows, Linux, and on Mac operating systems.

How to record with Open Broadcaster Software (OBS Studio)

ApowerREC is the best recording option that you can use for recording gameplays. The software has all the features and tools that you can use to record your gameplays easily and upload them on any social media platform. You can download it on Mac, Windows, Linux,  Android, and on IOS too.

How to record gameplay with ApowerREC

You can also record your gameplay with a cyberlink screen recorder. THe software also allows you to stream live. The software is so easy to use and has all the features to edit your recordings.

How to record gameplay with Cyberlink

With an icecream screen recorder, you can easily record your entire screen, specific part of the screen or you can also capture a screenshot with this application. 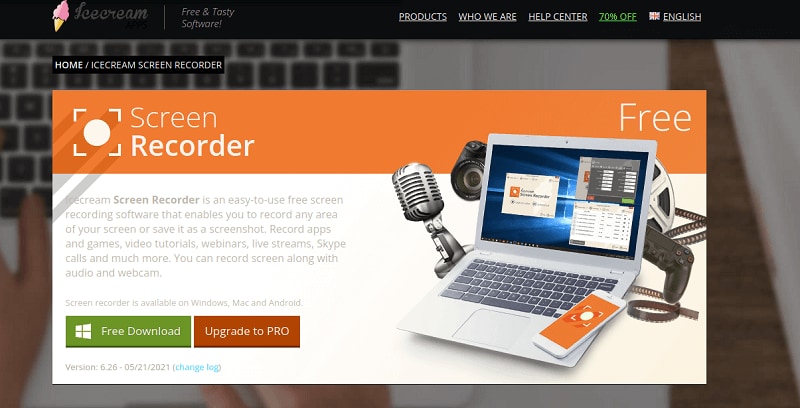 How to record screen from Icecream screen recorder 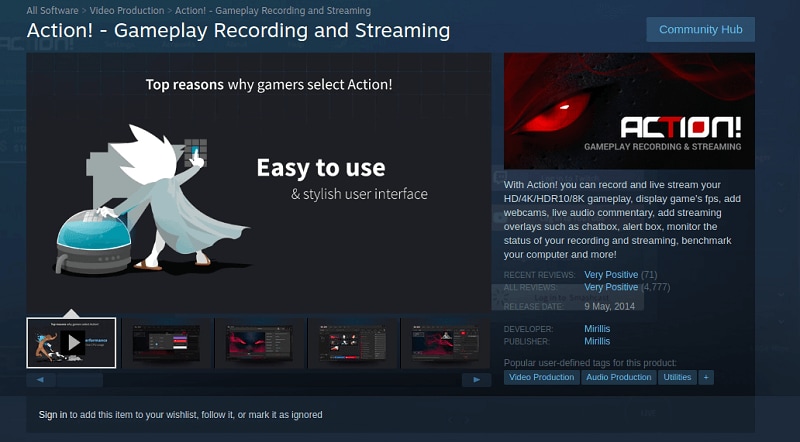 Action is specifically developed for the gameplay recordings To record the gameplay from Action follows the steps below.

The application is not free to use for some advanced features.

How to record with XSplit

You just have to download the drivers and application and then open the main window and follow the guide to record.

The price is not specified.

The important things that Microsoft has provided you with playing games in Windows 11 are frame rates, no CPU power consumption. The other thing that should be noted is that you can record directly to MP4 video format. Some other things that also include are microphone, audio, commentary, and webcams support.

Q2_How to record a gameplay stream video easily on Windows 11?

You can use DemoCreator for game recording because it has the best gameplay mode and the settings related to it to record your best videos. You can also add multiple game resources as thumbnails too.

Q3_How to make thumbnails for your videos?

From your gameplay recording, add it to DemoCreator by importing it. Your video will appear on the project panel. From the project panel, you can drag it to the timeline. The thumbnail should be small so you have to cut your video. 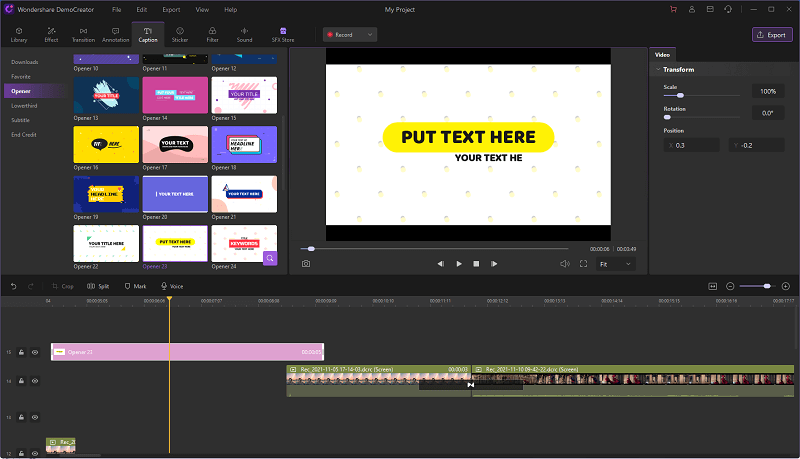 At the time right-click your video and then cut it to the frame you want your thumbnail to be. You can add annotations, transitions, texts to your video by navigating to the most left vertical bar on the screen.

Now, you have a bunch of options. If you want to record the gameplay up to 120 Fame rate and export to the resolution Full HD 1920*1080 or directly upload to YouTube. DemoCreator will be a great option. DemoCreator also comes with abundant text animation, motion effects,s and fun stickers for you to add to your videos. 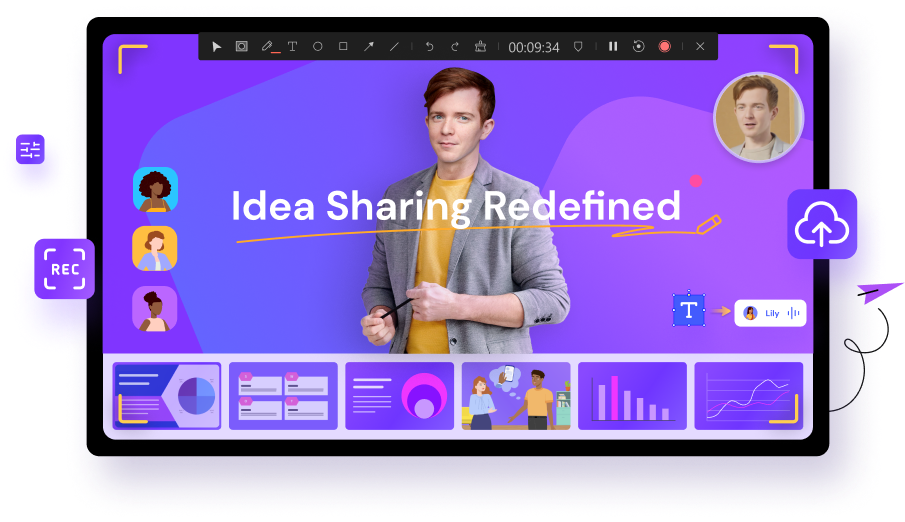 How to Convert PDF to Video Online?