How To Record Xbox 360 Gameplay

It's not something new that online video gamers are creating clean and quality gameplay videos to showcase their skills to advance the missions amongst their friends and other gamers. But recording gameplay is pretty different from recording and editing videos otherwise.

To bring you some ease, we have curated this post, which will introduce you to the cheapest way to record Xbox 360 gameplay in HD!

Part 1 How To Record Xbox 360 With A Capture Card

If you are wondering how to record Xbox 360 gameplay with the capture card, the steps are very easy. Just follow these steps that will help you reach your goals conveniently.

Here is the list of items that you will need to record the game using a capture card:

In this step, you need to connect the HDMI cables. Attach the first cable to your Xbox 360 console and capture card. Whereas the second HDMI will be attached to your computer and the capture card.

Step 3. Start recording on Xbox 360 Gameplay with a Capture Card

After connecting the HDMI, open the software that comes with your capture card on your computer device, and then you will be able to see the option to record the games. Also, there will be an option for configuration that you will need. So, go ahead and play the game, followed by performing the desired editing using options like merge and trim.

After you are done with the recording, you need to select the option to capture utility to access the recording. This option lets you play all the recordings done at your end.

Part 2 How To Record Xbox 360 With Recorder

The best and the most convenient way to record Xbox 360 gameplay without capture card is by using third-party software such as Wondershare DemoCreator. This efficient game recorder offers the most desirable environment to record gameplays while being easy to use.

It features a user-friendly interface that makes the process simple, and anyone with even the least computer knowledge can use this recording tool. This tool works great with desktop systems and is equipped with numerous features that are needed to create exemplary gameplay videos.

It is flooded with a range of screen recording options and a 120fps recording feature. It additionally lets you perform recording audio from an external microphone and the screen of your desktop. What's more? It comes with voiceover, transitions, video speed control, noise removal, special effects, and much more, to let you create incredible videos.

Step 1: Download and install the free version of Wondershare DemoCreator software from the official website. After this, follow the on-screen steps to get registered with the package of your choice. You can opt for a monthly, yearly, or perpetual license as per your needs.

Step 2: Then, select the Capture and Video Editor option. After it, click on Capture, and then in the new screen, choose to customize the video settings. This tool lets you choose different video settings such as Audio, Video, Screen, Advanced, etc. The Screen option is on the left side of the panel that allows you to customize the screen size and fps settings.

While you record the video, change the settings to Capture from the Audio section for both Microphone and Computer Audio settings.

Step 3: Now, after setting the gameplay recording options, you can start recording by selecting the Start Capturing option or by pressing the F10 shortcut from your computer’s keyboard. Then you will have to wait for approx 3 seconds before the recording begins. You can choose to pause/halt the recording anytime you want by clicking on the Pause Capturing option.

Step 4: Once you are finished with the recording, click on the F10 key to finally stop recording. After this, you can go to the Video Editor to perform editing with the help of provided effects, transitions, and other eye-catchy range of features.

Step 5: In the final step, after completing the video editing, you can save the video on your computer device. You can do this by selecting the Export Windows option and then save the whole process. To save the video, you will need to select the name, file format, and location. Lastly, change the audio and video settings to add more interesting content to your gameplay video.

Note: You can change the frame rate, resolution, channel, sample rate, etc., for the audio and video which you have just created and saved.

If your question is still “what do I use to record Xbox 360 gameplay”, then, our answer is OBS or open broadcast software!

No matter if you are a starter or a professional gameplay recorder, this easy-to-use tool records your console gaming sessions. The below-given steps will guide you on how you can record gameplays with OBS software.

Step 1: At the onset, connect your Xbox 360 with your PC and wait for the gaming content to come up on your screen. Alternatively, you can make use of HDMI.

Step 2: Now, download and install OBS on your computer device and press on the +sign, located below the Sources to allow you to add a new recording source. Now, select Display Capture and hit on Ok. Then, select the screen you want to use for recording, followed by pressing the Ok button from the bottom. 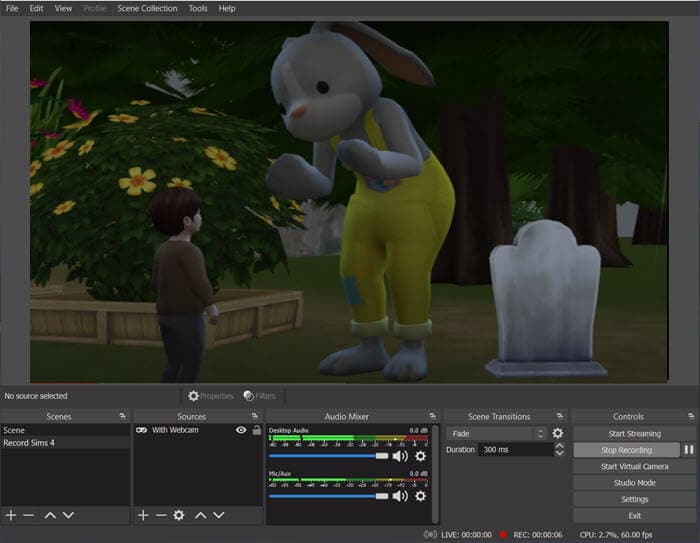 Step 3: When the console content will appear on your screen, get ready to start recording. You can do so by selecting the Start Recording option from the right side of your screen and by clicking on it. 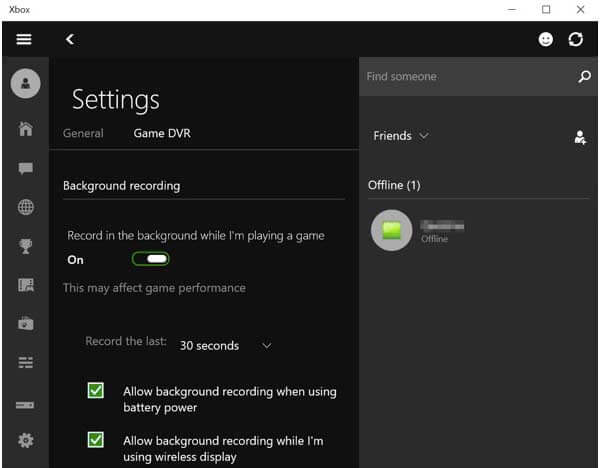 Step 4: Once your recording is done, select Stop Recording, and it will end the recording process.

Step 5: Lastly, after finishing the recording, you will be able to see and access all your recordings with a few clicks. Since OBS is still opened on your device, select File from the top of the screen and hit on Show Recordings. This will launch a folder on your desktop showcasing all the saved recordings.

If you are using Windows 10 on your computer then you can use Windows in-built game bar to record your gameplay. This utility comes with recording hotkeys and a print screen option to let you capture the screenshot of the entire screen. The below-given steps will show you how you can record your screen on Windows 10.

Step 1: Go to Start and search for Xbox followed by signing in to your Microsoft account.

Step 3: Now, click on the downloaded Xbox game and simultaneously press Windows +G keys when you get notified about the game recording.

Step 4: Then, select REC to begin recording. You can alternatively press Windows+Alt+R keys.

Step 5: When you are done with the recording, again hit on the REC button to stop recording.

Step 6: Now, navigate to the Xbox app and go ahead with the editing of the recorded file.

There are many ways in which you can record your gameplay and showcase your gaming skills and abilities to others. We hope with these above-mentioned methods and Xbox 360 game recorder; you will be able to create impressive gameplay stories and posts for your social media channel!