Microsoft Windows is one of the most popular computer OS since its user base is almost four times bigger than other operating systems. Microsoft has improved Windows to offer a much more convenient user experience and support for various software. When it comes to a voice recording app, Microsoft does have one of its own, so you don’t have to rely on any third-party software for audio recording.

How to Use Microsoft Windows Voice Recorder 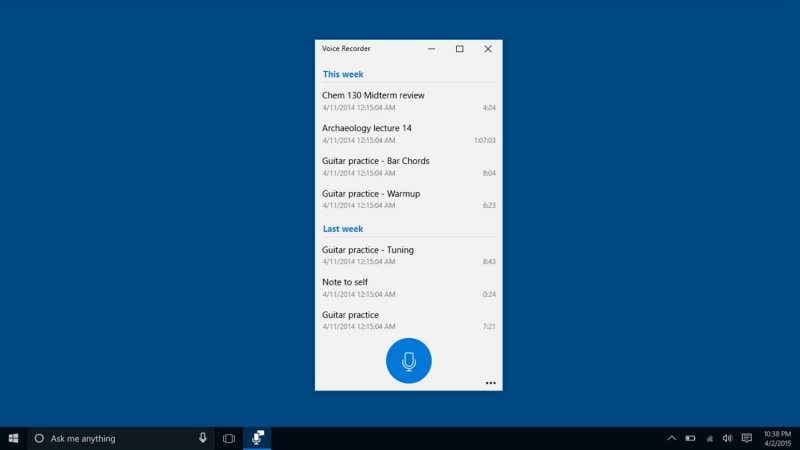 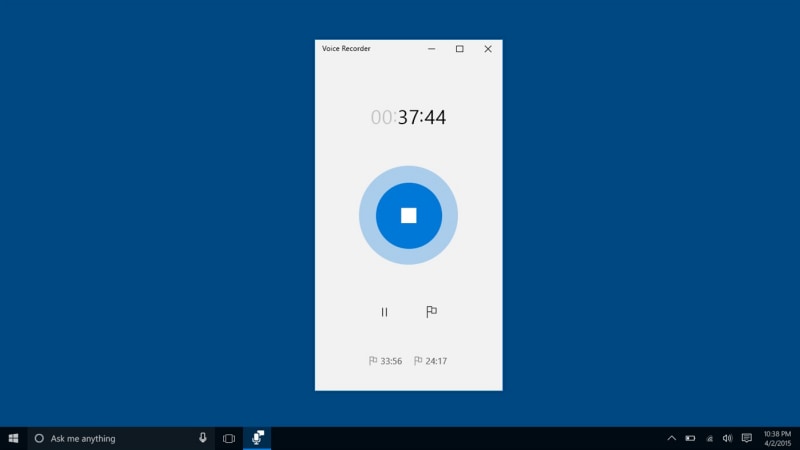 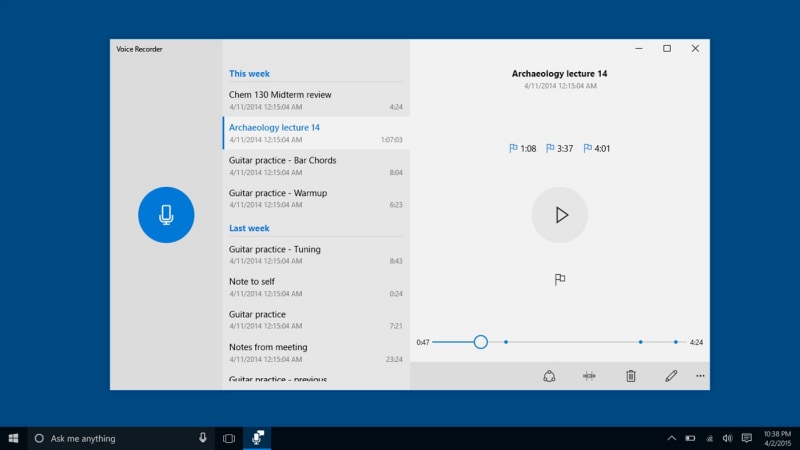 How Do I Record My Voice on Microsoft Word

First of all, some people might want to ask, is that even possible? Fortunately yes! But, to access the feature, you should be having a licensed version of Microsoft Office installed on your PC. If you have it already, then proceed to download the Microsoft Voice Recorder app.

Now, create a new Microsoft Word document and open it. Here, you will see a bunch of options and settings in the toolbar mentioned above. In the toolbar, you will see an option that says, Dictate. If you directly want to type in the document using your voice, you can click on the Dictate button and start speaking. Microsoft Word will listen to you and automatically convert it into text form.

If you look closely, there’s another option, along with Dictate, that’s Transcribe. This feature comes in handy when you are in conversation with someone and want to record it all and convert it into text form. So, in a way, this works as a voice recorder as well.

Once you are ready to record, hit the Transcribe button on your Microsoft Word document, and it should automatically start recording your voice. Later on, when you are done, simply hit the Pause button, and click on Save and Transcribe. It will automatically type down all the conversation for you, which you can edit as well. You are even allowed to upload any previously recorded audio clips for transcription.

Since it’s yet another simple tool that everyone can use without any expertise, it’s worth trying. Moreover, the Microsoft Voice Recorder is not at all available for macOS, so Mac users can definitely stick to using Wondershare DemoCreator as the primary audio recording software; you’ll surely like it. In contrast to Microsoft Voice Recorder, the Wondershare DemoCreator software can also be used for screen capture as well as audio recording. So, it will also come in handy if you wish to create any video demos.

How to Record Audio with Wondershare DemoCreator?

We have been personally using the Wondershare DemorCreator for a long time now, and actually didn’t face any errors or bugs until now. Unlike the Microsoft Voice Recorder users who face issues almost once or twice every month. In fact, the good fact about using Wondershare DemoCreator is that you get access to multiple editing tools as well.

You can simply download and install it on your Windows or Mac device by visiting the official website and download it for free. Or click the free download button below. Once done, launch the software, and choose the New Recording in the start up window.

If you only want to record audio, you can select the Don’t record screen. Then it will only record the audio. If all the settings are favourable, hit the Red-coloured Record button to start recording your audio. After clicking the Record button, you will notice that  Wondershare DemoCreator has started to record your voice, so you can start speaking.

And there are 2 kinds of audio, the system sound and the microphone sound, you need to notify. If you record those 2 voice simultaneously, then the voice will be displayed on 2 different tracks, you can edit then separately.

Step 3. Finish and Export the Audio

Next up, when you are done recording your audio clip, you can click on the Stop button to end the recording. Now, if you wish to make any changes to the audio, such as delete any part, or trim it, you can head to the Edit section. Otherwise, you can simply choose to export your audio clip in any of the supported formats like MP3, MP4, AAC, MOV, and others. 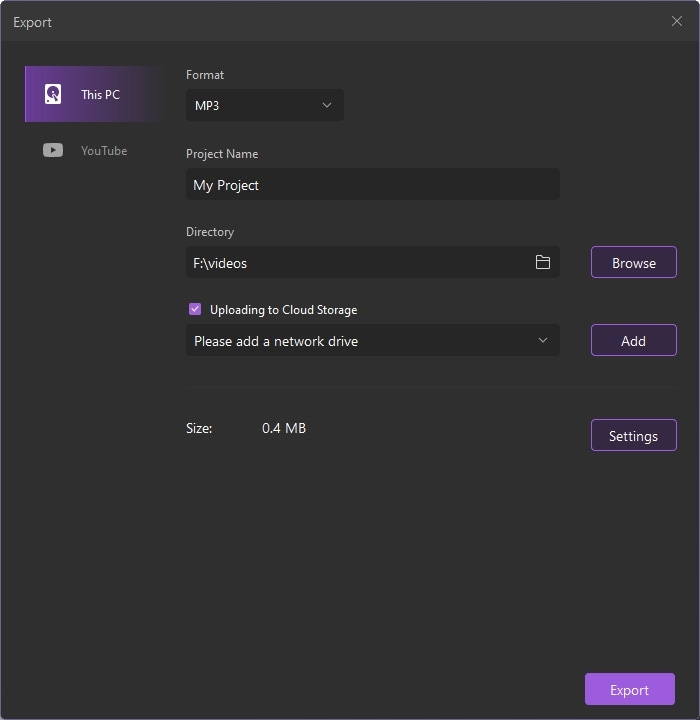 No wonder Microsoft Windows Voice Recorder is a great tool to use for Audio Recording. But, since many people have recently reported bugs in the software, it’s just not a viable software to use on a daily basis. Apart from that, it’s only available on devices running on Windows OS, so that’s a dealbreaker for people who have a Mac device. That said, we believe that Wondershare DemoCreator is an exceptional alternative tool that anyone can use. It’s free to use and supports both Windows and macOS. Moreover, it is capable of screen capture along with audio recording. So, in every way, we believe it’s a better choice than Microsoft Voice Recorder.