Being a YouTuber, you might need to change your voice depending on the content you are working on. A YouTuber might need to change his voice when he is pretending to be a fictional character. Such as a gamer playing some non-human character. Another example can be a YouTuber creating cartoon content using a different voice for a different character. A comedian playing multiple roles of characters using his voice might also need the best YouTube voice changer. Similarly, a lot of many such scenarios require a YouTube voice changer. The voice changer in practice has a lot of uses like some of them discussed below:

As discussed earlier, YouTubers are the main users of voice-changing apps. Most cartoon content creators, comedians, and video editors use voice-changing apps to record voices on their youtube content. This article will provide all those voice changers that can be helpful in editing audio for YouTube videos.

The most common use of a voice changer is in online games. It's almost useless to use voice changers in games but the most common use is for entertainment purposes. Gamers might be using it to be pretending a beautiful girl or pranking a friend but we cannot ignore the fact that it is widely used in gaming platforms.

It's true to say that voice changers have been used for praking friends too. Many online gamers prank their friends through voice changing apps or through skype and similar platforms. So next when you are going to prank your friend then you can pick one of the voice changing app from here.

Now let’s straight dive into some of the best YouTube voice changers that you can use for voice changing for your content.

After thorough research and keeping some of the important factors in minds such as authenticity, ability, and popularity. Here are some of the best YouTube voice changer applications. The perks and cons of each of the voice changers are also discussed in the coming sections.

Voxal Voice Changer is among the advanced voice-changing tools available today. It offers a diverse collection of soundtracks, including robotics, youngsters, children, strangers, and so on. You may want to use these applications if you a fan of voice changing for the YouTube content you are working on. Moreover, there are numerous predefined sounds to pick from, and you may even make and store your own for later use. The cost of Voxal Voice Changer varies based on how it will be used.

Clownfish is a wide platform program that is used to modify a voice in any app that requires a mic on your computer. It supports some of the most popular applications out there on the internet such as Discord, TeamSpeak, YouTube, and skype. Furthermore, It also changes your voice in Steam, making it compatible with all your favorite games. This voice changer lets you set hotkeys for controlling for different voices without minimizing the application. 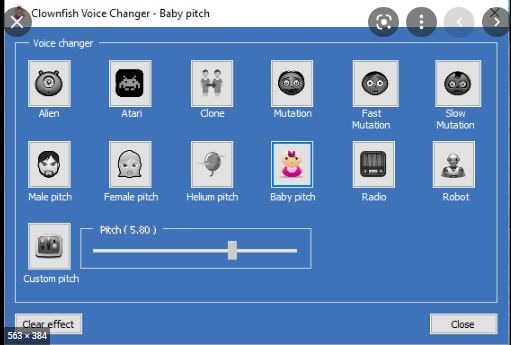 There are no disadvantages of using this app but it would be a perfect app if it had the capability of recording voice.

For YouTube, the AV Voice is a popular premium voice changer software. This voice changer software includes a large selection of voices to choose from. You can even choose from a variety of celebrities and their voices. Moreover, there is an additional online panel for different apps. This panel can be set up once and can be used on the daily basis with no changes. Furthermore, this software also consists of different categories of voice such as male, female, children, etc. The AV voice changer supports many platforms of video streaming such as the popular one YouTube. 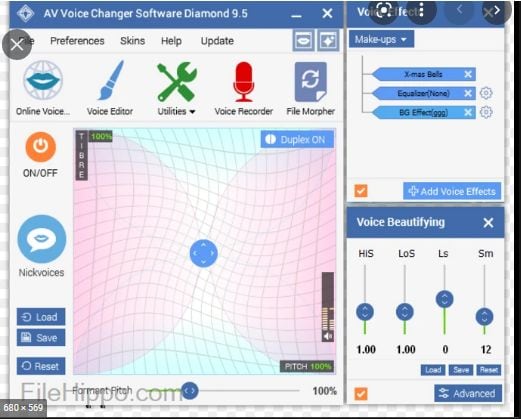 If you are more prone towards a traditional voice changer meaning that it is simpler than this voice changer is for you. The interface of this software is simple and basic. Anyone with a piece of basic information can easily use it. There is not much graphical work on its interface and it seems like an outdated interface however there is no doubt of its functionality. You can get the changes in any voice of your settings through this simple voice changer. Moreover, through this software, you can also get a variety of sounds like a male, female or old women sound. A large repository of sound lets you choose your liking of voice at your disposal. Let us come to its pros and cons. 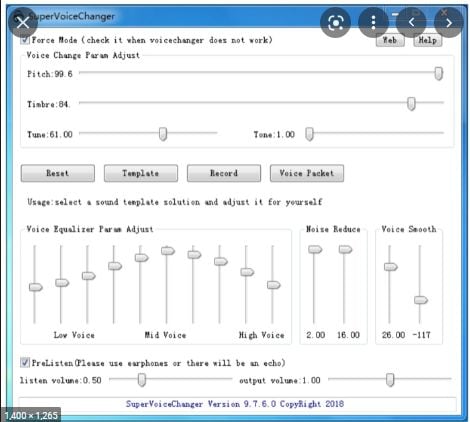 The simple software AthTek voice changer is known to change the pitch and speed of the voice coming through a microphone. It also works by recording audio and letter on changing them to the required pitch and tone. However, the real-time feature may not work in the free trial but you have to buy the paid version for that to work so. Furthermore, the audio recording might prove useful for those who are using YouTube since they have to do it on recorded videos. The voices can be changed into a variety of sounds ranging from a child to an old grown man. 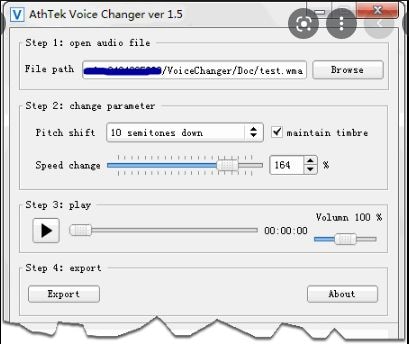 The Audacity voice changing software is also a mainstream player in changing the voice. It is a free and perfect choice for non-commercial use to change the voice coming from a microphone on your computer. The app lets you receive and record voices and alter the pitch and tone of the recorded sounds. Moreover, this software lets you see the frequency spectrums of your sound in an enhanced graphical view of its app. It is not a voice changer only but features a rich editing program for your computer. It is however complicated to use since it consists of a lot of additional features that are needed to be managed manually. The app consists of sets of voice volumes that can be altered in many voices in sense of its pitch and tempo according to your recorded voice. 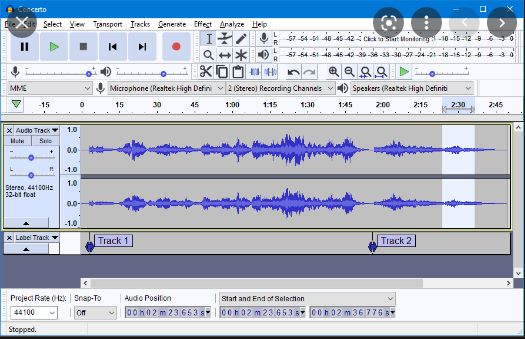 How to Use DemoCreator Video Editor with Voice Changer Efffect

If you would like a video editor with voice changer effect that is a one-stop tool for your to edit and change voice, you can try DemoCreator. Not only a video editor, DemoCreator is also a video and voice recorder that is capable with microphone and webcam recording features.

Launch the DemoCreator new interface, you will find the video screen and edit option. You can set the frame rate, drawing on screen, game recording, schedule recording, and more. 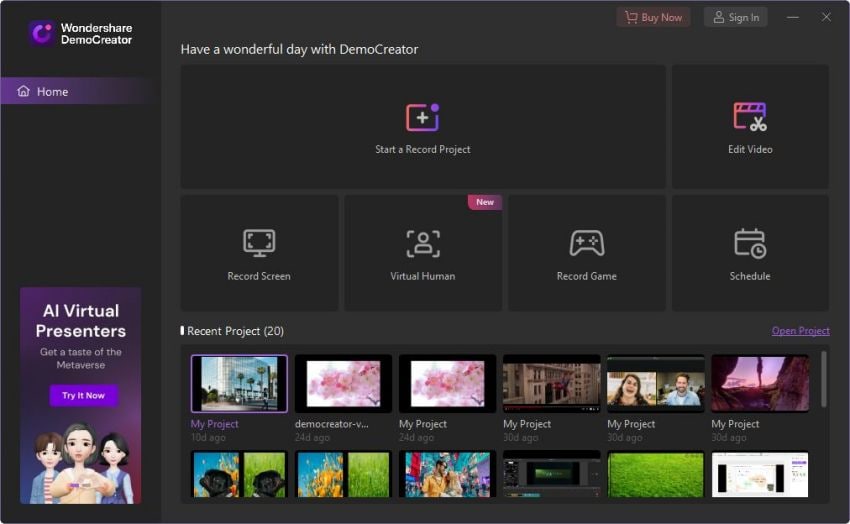 With DemoCreator video editor, you can cut, audio fade in and out, trim and add a voiceover in the video. 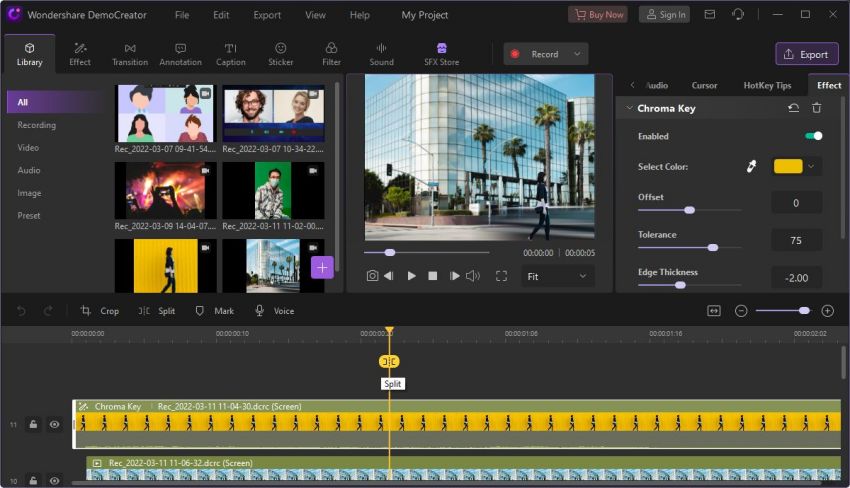 DemoCreator has 5 audio changer for you to select. Man, Woman, Child, Robot, and Transformers. You can use DemoCreator voice changers if you would like to hide your own voice or make your video fun. 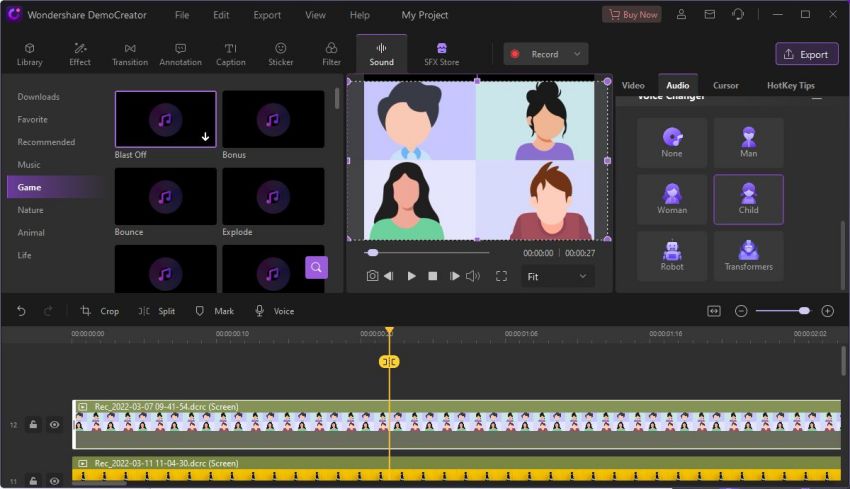 On the Web, you may simply find trustworthy voice converters for Youtube. However, for diverse persons, each program has distinct speech tones. Whenever you film your voice on it, you must first determine your voice-altering requirements and interoperability with your software. The majority of voice modifications will operate without the need for a hitch for streamers. We recommend that you take advantage of the shortcuts and hotkeys for switching between apps. Furthermore, Voice Changer is more than just a prank call generator, in fact, it is a necessary component in videography. I hope this article will help you in choosing the best voice-changing app for you to start working on it.