How to Use VSDC Video Editor

Video editing in today's times has become a ubiquitous need for the world as the video sharing platforms and social media platforms have become so common. In today's world video editing isn't just restricted to professionals but also is something that is being used by common people for sharing information and sharing how to videos. Besides, the boom of content creators has created a need for people to enhance the quality of their videos while they post them on the internet.

The VSDC video editor is an application which is for non-linear editing. This has been developed by the Flash-Integro, LLC. This is a video editor which has the ability to process the high resolution footage which includes 3D, 4K UHD and the VR 360-degree videos. The most impressive thing about the editor is the post production effects which it allows and the colour correction which can be done live. It also allows motion tracking and supports the VirtualDub plug-ins too. It has the ability of capturing videos from the screen and also recoding audios. The created product can also be shared on platforms such as YouTube, Instagram, Vimeo and Facebook. This editor supports a variety of audio and visual formats.

The VSDC video editor is an effective free tool and can be downloaded free from the VSDC video editor site. It is a video editor which has been made with an intention of editing the video files or creating videos which may be complex in terms of video files and the audio effects. This is a program that is highly functional and has an extremely simple interface which allows the users to create the videos without putting in a whole lot of work. It is completely free and does not have any restriction or a trial period. It also functions without ads or watermarks.

The VSDC editor is a non-linear tool which means that different from the other editors, the scenes do not come in any order or linear sequence it comes in any position on the timelines and can have any sizes. The other parameters can also change over time in an arbitrary manner the visual and audio effects can be applied to visuals in the most effective manner in this video editor as the visual effects are extremely high and the other tools such as filters and colour correction along with the transitional effects can create an experience which is comparable to a professionally edited project.

The filters in the video are akin to any Instagram filters and can completely change the look of the video imaging. There are adjustable parameters and this can save a lot of time particularly when it comes to the editing exercise. It also has different masks which can be used for hiding and blurring or even highlighting a few parts or elements of the video. There are options to apply special effects in and out of the area. Particularly for those who commonly blur portions of their videos it is an effective tool. Another reason why the download of VSDC video editor is a good idea is that it offers the options to export the videos easily to the social media platforms and also provides the service of motion tracking.

Part 2
How to Edit Videos on VSDC Video Editor

A common question that has been asked is that on VSDC video editor how to cut videos or edit them in general? Well here we have a small tutorial for you which should give you an idea about how the entire process of editing a video on the VSDC video editor works. The steps are mentioned below along with their explanation

There are multiple ways by which files can be imported on the VSDC video editor. First, the Import Content icon can be pressed on the start screen when the program is launched. This is the best way as VSDC can then start to detect the parameters automatically and adjust the parameters of the project automatically. Once the file is chosen on the PC, there will be a window pop up which will ask whether the user wants to change the resolution or the frame rate, once done, Finish needs to be pressed.

The video editor allows for the creation of many different video effects. A few of these can be applied just by one click without the requirement of any prior experience. These are located on the tab that is known as the video effects tab which is there at the top ribbon part of the menu and can include the filters which are Instagram style and some adjustments, transitions and transformational effects. For applying a transition, a video file needs to be selected and then the Video effects tab has to be chosen for the necessary effect.

Step 4: Adding a text or an image

There is a text editor which has all the features and the good part is that it is built in the VSDC interface. It can create all the text related effects and make it look professional. The same goes for images which can be simply dragged on the timeline and then the editing can begin. The textbox can be accessed by clicking on the T icon.

Once the video is created and everything is in the order it should be in, the video can then be exported into multiple formats. The file gets saved on the path which is determined by the user on the desktop. It can also directly be imported to the social media or video sharing platforms such as Facebook or YouTube respectively.

Editing software which can be recommended for editing apart from VSDC is DemoCreator Video Editing Software. This is among the best PC-based editor software and also among the most used ones. This is particularly because of the various value-added services which it provides.

There are many options which it provides such as rotation, cropping and resizing video clips. It also has the picture in picture mode along with the fade in fade out mode and also has the audio de-noise and audio features along with the playback resolution as well as the other audio features. It is also the prefect tool to edit demo videos, YouTube videos and more. The entire steps are summarized below.

These clips then need to be previewed before the edit begins. This can be done by hovering the cursor over thumbnails or clips. In case the clip is double clicked, this will make the video play. The next process is to edit the audio and the audio here can be de-noised and muted or made better in terms of clarity. There is also an option to export without rendering.

The process after this is the editing process. This is where the actual trimming and cropping and resizing of the video can be done by clicking on the video and then exploring the options in the market. There are options to resize this video as well from the tab of visual property. The video can also be cropped by selecting the crop button and an area border can be drawn as well.

After the video is cut, there are a few options which exist for the text animations and filters which may be added. There is also an option for using the picture in picture mode as well as the fade in fade out option and a few other options like the freeze frame and time stretch options. Snapshots can also be clicked. 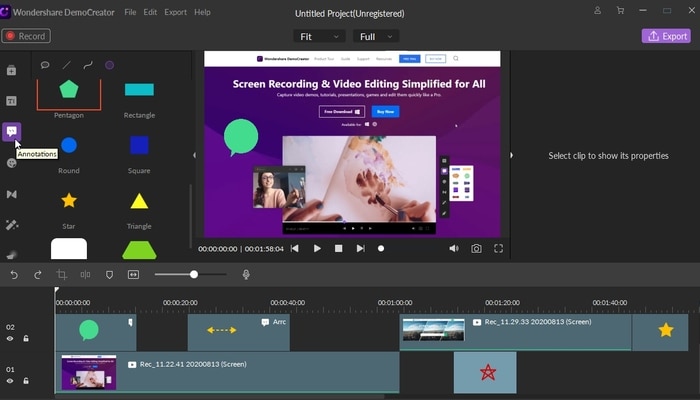 The common questions on the internet included how to use VSDC video editor PDF? And other such questions related to the working of the VSDC editor. In this article we made an attempt to explain how the software works and how it can be downloaded. There is also information regarding how it can be downloaded and also an effective alternative. The VSDC video editor performs the function that is required by many content creators these days. A well edited video can at times be the biggest difference between an average video and one that Is professionally edited and eye-catching to the audiences.