Video tutorials are considered to be a very exquisite version of video creation that allows you to provide knowledge in an organized fashion. Video tutorials save both the time of the user looking to understand the software he/she is using and aid them in solving their problems through practical implementation of the tools of the software. Developing tutorials can be considered a very comfortable and amusing procedure, practiced both on desktop and smartphones. The associated platforms and applications vary according to their definitive structures utilities. This article provides an overview of the most impressive tutorial video maker app for IOS or Android smartphones.

If you even visit the App Store to get a tutorial video maker iOS application for developing tutorials, you might get confused with the list that you have in front of you. This article targets the most effective platforms available for developing an understanding of creating adequate tutorials.

iOS is more of a self-facilitator in the case of video development. Since tutorials require a proper recording of the screen with voiceover for allowing people to understand the procedural guide, iOS provides its users with a built-in screen recording system that can be accessed from the Control Panel for initiation. 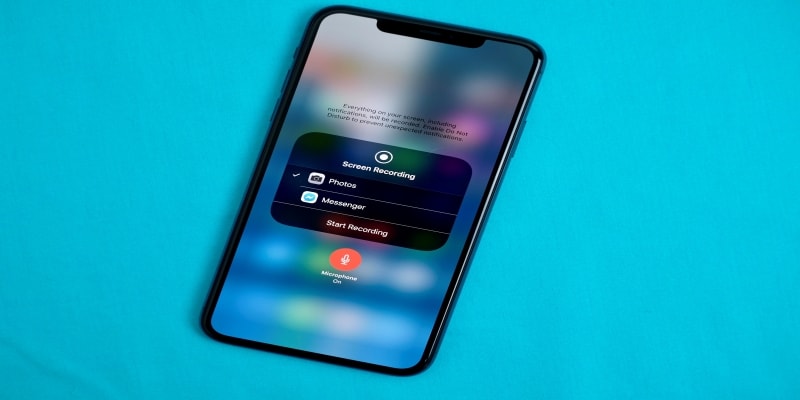 The first and foremost step in this default system is to add Screen Recording in the list of the Control Center. For that access, 'Settings' of your iPhone followed by "Control Center > Customize Controls." This will display a list of different features out of which you have to tap on the "+" button present beside the Screen Recording option.

In this case, you can now always turn on screen recording by tapping on the button from swiping up the Control Center.

Following this, if you feel the need to add audio within the video, you need to long-press the Screen Recording button on the Control Center to lead into a new screen. From the list provided, you need to toggle the microphone red to turn it on.

From the "Photos" section, you can edit and share your videos recorded.

If we consider looking for a third-party tutorial video maker app, iMovie turns out to quite a luxurious type in video tutorial development with its explicit feature set. The highlight of iMovie is its Trailer feature that allows the development of presentations and tutorials with specific templates for designing videos. Following this, you have the option of creating your own video with the features offered at iMovie. If you consider using iMovie for developing videos, you need to consider the following guide covering the major features of video tutorial creation. 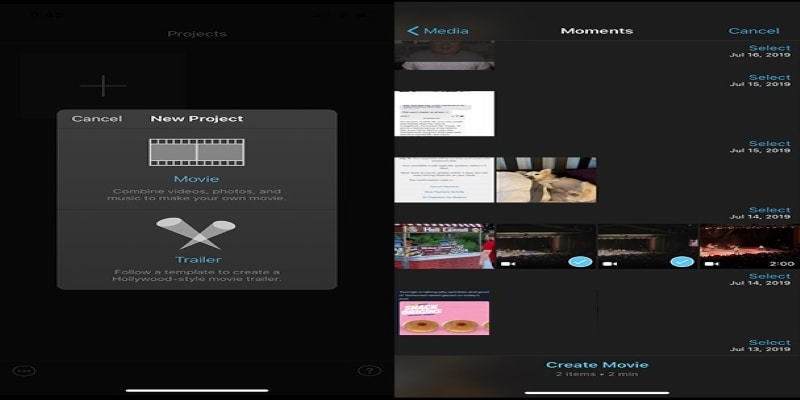 You can simply create the project by importing a media file onto the application from the iPhones gallery.

You can edit your videos in a lot of different ways using iMovie. For instance, you can split your video clips by adjusting the playhead and tapping the "Split" button. Furthermore, you can select the video using the magnifying glass to zoom into and crop a customized selection of the video. Along with that, you can add different themes and filter them into your videos.

With the video tutorial edited to perfection, you need to tap "Done" and have it shared either to your local gallery or any platform, as per your discretion.

This tutorial video maker app provides control to its users and helps them create professional content with ease. With the ability to add transitions, texts, and effects within frames, KineMaster provides a very detailed feature set to you for developing explicit video tutorials. 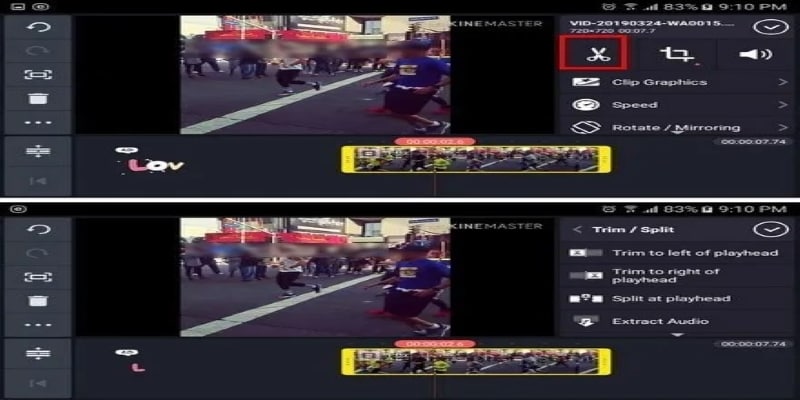 There are many different features that can be easily adapted using KineMaster. To understand the basic utility and the procedure for implementing it, you need to look over the steps provided below.

After adding the video tutorial that you seek to trim, tap on the bottom on the video to turn its border as yellow. Following this, you need to use the scissors icon to move into the trimming section. The video can be easily trimmed by positioning the playheads' as per your desire.

There are different gray squares observed between your video tutorial frameset that can be used for adding transitions. You need to simply tap on the square to add different impressive transitions into it to make it look culminating.

Following this, there are many other editing features that can be used to develop your video tutorial out of KineMaster. The few of the basic and important features are adding the text between the frames and importing music to put it as its background. This will surely help you proclaim an attractive video tutorial.

VideoShow has matured its popularity over time and provided you with expressive features for developing cohesive video tutorials. 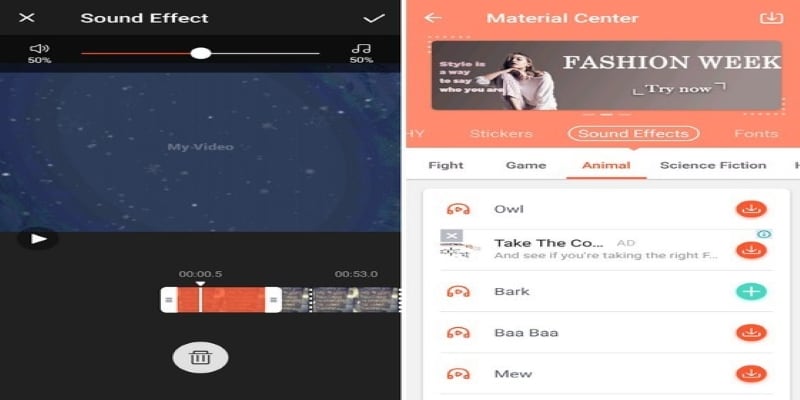 This tutorial video maker free app allows you to add themes into your videos for developing elegancy out of them.

Along with adding effects and transitions, you can handle music and sound of the video through its "Sound Effects" tab to either add different sounds or edit them.

The 'Edit' tab in VideoShow introduces you to a range of different features, including transitions, filters, effects, and stickers that lead you to create an impressive output of the recorded video tutorial.

If you want to get some tutorial video making software for PC >> to learn more details.