In today's world, voice morphing software and applications are getting increasingly handy. Voice Adjustments are helpful in every one of these circumstances, whether it's to fool your friends or to alter your voice when online gaming. Voice Changing Software and Apps are also gaining popularity as more and more games include audio interaction between players. In the application store, there are thousands of voice changers. If you have only a rudimentary understanding of these topics, the various alternatives may confuse you. Moreover, many of them can't be just simply trusted. This is why we've come to your aid by compiling a list of the greatest software applications available for both your Desktop.

Part 1. Why you will need a voice changer for PC?

You may change the sound using a variety of programs. The following is a list of activities in which you might need to change your voice. Voice disguising is the major advantage of a Voice Changer. A voice changer is required if you wish to hide your voice during telephone calls. Most voice changers let you choose from a variety of famous voices. So you may dress up as the star and give a stand-up performance in the celebrity's voice to fool your friends or produce humorous movies with them.

During police and intelligence interviews, voice shifters are sometimes employed for witness protection. Certain voice changers, such as the well-known Talking Tom software, may hilariously repeat your sentences. This can be counted in its development uses by software developers. In short, the uses of the changer are not just limited to certain things but In this modern age of digitalization, voice changers are widely used.

Going through the vast uses of voice changer apps for PC, now its time to give an overview of the best application available for changing voices. This article is based on research, which is done considering different aspects of voice-changing apps. The main aspects that consider deciding which application is best for your PC are no of features, video editor capability, screen recorder, and multiple audio inputs. Let's begin with the best of them all.

DemoCreator is a simple screen recording and video editing software tool for making instructional, presentation videos, event recordings, YouTube video content, and other expert videos. DemoCreator program should record and modify the display, camera, and speech individually. It is more than simply a screen recorder; it also includes AI texturing technology, a green screen, cursor functions, and a library of over thousands of video themes and tools. DemoCreator movies may be saved as video files, Mkv files, MP3 files, or graphics files and shared on social media.

Icecream Video Editor is a simple-to-use free video and voice editing program for Windows that allows you to quickly edit and create new films from both videos and photographs. Add fades, cut movies, add titles and background sounds, and add graphic enhancements to videos and photographs. You can also flip, speed it up, blur, and do a lot more with movies. Moreover, the application is very user-friendly and can be easily downloaded from its official website. The application is open source and can be downloaded without cost. 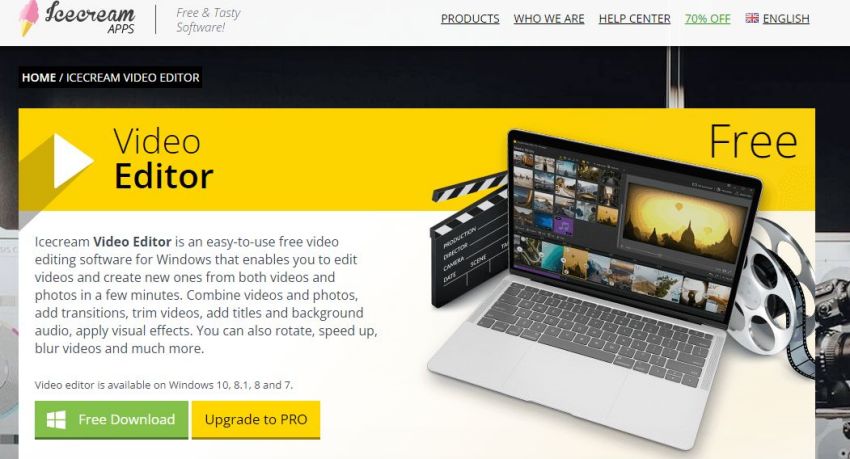 Voxal is an advanced voice converter that can be used in any software or videogame that uses a microphone. You may alter your speech in a variety of ways, including choosing from the pre-programmed voices or using effects like pitch shift, echo, and flanger to create your unique sounds. Effects may be stacked in any order and configuration, giving you virtually limitless voice-changing possibilities.

Voicemod involves expressing yourself creatively by changing the voice in real-time using a variety of voice effects. Some are even equipped with spectacular backdrop elements. The apps to improve multiplayer gameplay with pals, make interesting material for live broadcasts or use the voice simulation to take your roleplaying experiences to the next sense of immersion. You may also use keybindings to quickly access your favorite voices. The possibilities are unlimited, and you can be up and running in minutes.

Voicechanger.io is an amazing model for voice activation that may be used continuously or by internet users. Ultimately, anyone with your voice on the platform will be able to achieve just about anything. The most recent version of the vocal transformer series has several new features that will help you take your voice alteration to the next level. The voicehanger.io can be utilized right away by going to its website. It’s an open-source initiative that charges you nothing to participate in; all you have to do is put in your time and effort.

Clownfish Voice Converter is a program that customizes your voice. It’s loaded at the system level, so it’ll affect any program that utilizes a mic or other sound capturing equipment. Generally speaking, your speech can be altered in different online communication applications. For Example Hangouts, Skype, ooVoo, Viber, Ventrilo, TeamSpeak, Mumble, Discord, and other similar applications.

MorphVOX is a simple software that alters your sound as you talk into your mic on a real-time basis. It works with the majority of major chat apps, including Viber, Messenger, Hangouts, and Skype, and can even edit audio tracks you’ve already captured. From infants to robots, there are a variety of sounds to choose from. MorphVOX, on the other hand, contains extremely fewer background noises. Furthermore, several of the effects are fake and poorly conceived.

You may easily evaluate and tweak any component of your voice with the AV voice changer. You have entire control over the sound of your voice: it may be softer, stronger, younger, older, less feminine, macho, or altered in any way you like. Because of the range of voice options and voice effects, any option combination you make provides a really unique voice that you may preserve and access at any time, or refresh as needed. The tool allows you to modify your voice, save it to your computer, and then integrate it in films of your choice.

FakeVoice is a fantastic tool to influence the tone and timbre of your speech to make it sound different. It could be used when creating an audio recording or initiating an audio online call. This tool creates a higher yield, making it ideal for recording lectures or videos with audio. Frequency, distortion threshold, formant, and baseline pitch are just a few of the audio components that can be tweaked according to the desired settings.

VoiceMaster is a handy, freeware program by DJ MASTER. VoiceMaster is only an English version and is compatible with Windows XP and previous different operating systems. This product is one of the popular downloaded applications. It is considered a bot-type program because it can create a temporary voice channel, which can be customized manually through different use punched commands.

Several of the greatest voice changers listed above function in real-time, while others must be pre-programmed and used again. So, essentially, it is your choice to decide what type of application you wish to utilize. However, in certain cases, it isn't just about pranking your pal; those same tools may be used for a variety of objectives as discussed in the part of this article. Although, before utilizing them, you should consider several factors, including compatibility, to see if they are capable of keeping up with your system. Make sure you use voice effects software that has a lot of frequency modulation and variants; I'm sure it'll be a lot of fun to use. Finally, I hope this article will help in picking up the best variant of the vocal changing applications out there.