How to Record Voice Memos on iPhone or iPad

Do you remember how Kevin from Home Alone got out of risky situations with the help of a voice recorder?

The sad news is that the chunky Talkboy voice recorders used in the movie have now been discontinued.

Wait! We have good news too!

Voice recorders have made a comeback in the form of voice memo apps on our smartphones!

That's right! No more do you need to carry an extra gadget to record an important thought or reminder.

Simply whip out your phone, open the voice recording app and record a voice memo! It's as easy as pie!

But in case you aren't accustomed to using voice recording apps, we will take you through the basics of how to record a voice memo on iPhone, iPad, or Apple Watch using the built-in apps as well as some third-party apps. Also included is our recommended voice recording software for Windows and Mac.

So, let's get started by giving you a brief overview of what exactly is a voice memo.

What is a Voice Memo?

A voice memo is simply an audio note that can be recorded on your smartphone or PC to be heard later on when required.

It is much more convenient and faster than jotting down notes, as you simply have to turn on the voice recorder to start recording, which enables you to focus entirely on the task at hand.

Recording voice memos come in handy during meetings, interviews, lectures, or even if you want to record an audiobook for your kids.

No wonder most smartphones come equipped with built-in voice recorders!

This reminds me, here's how to make a voice memo using the built-in apps in an iPhone, iPad, or Apple Watch.

If you want to get how to record voice memos on Windows or Mac, you can click here to get a detailed guide.

Almost all iOS devices, including the iPhone, iPad, and Apple Watch, have a built-in voice recorder app by the name of Voice Memos.

Here are the steps you need to follow to record a voice memo:

Step 1: Open the Voice Memos app on your device. You can also ask Siri to do it for you.

Step 2: Press the record button, indicated by a big red circle on the screen, to start recording. 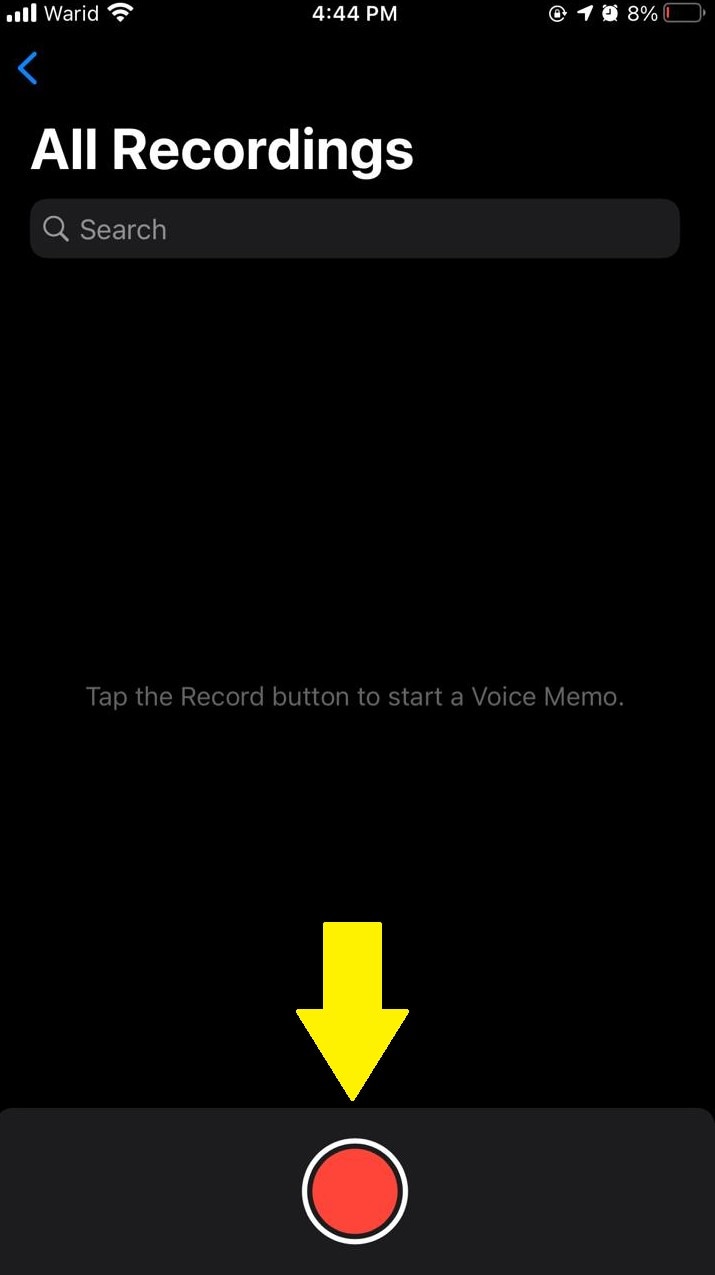 Step 3: To pause the recording, tap anywhere on the screen for the pause button to appear. Then tap it. 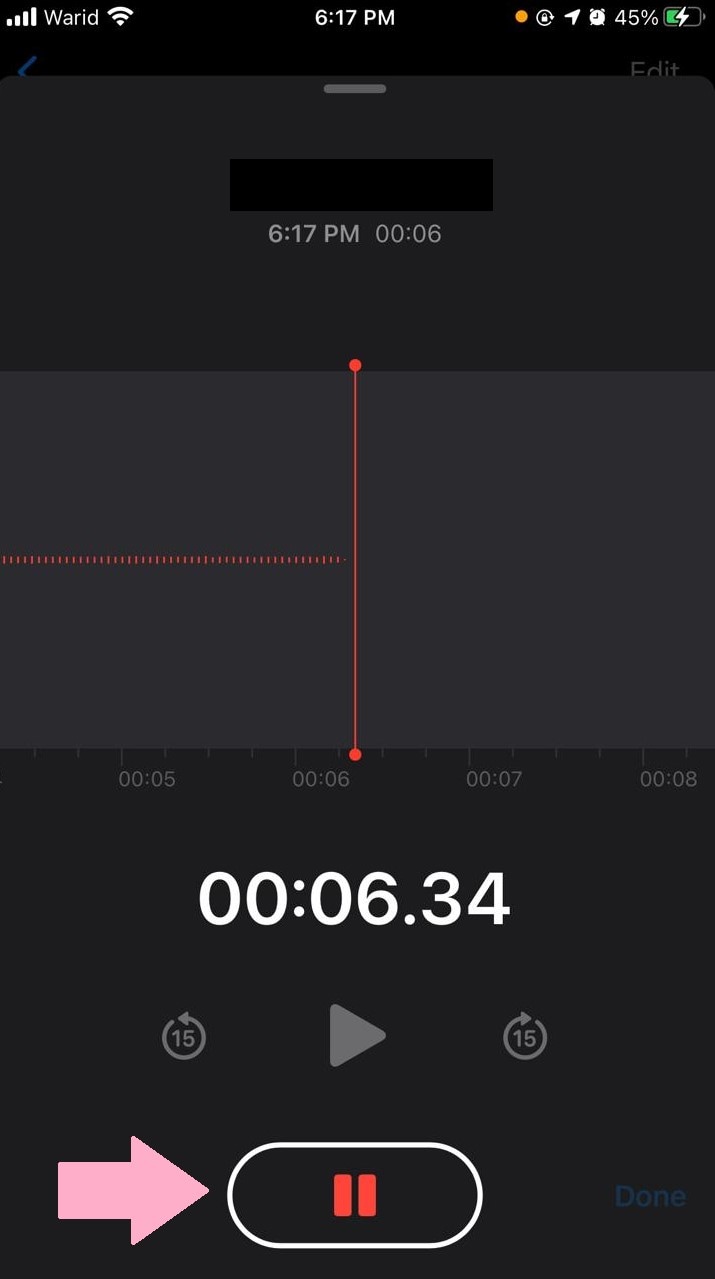 Step 5: Once you're done recording, tap on the stop button, indicated by a red square sign to stop the recording. 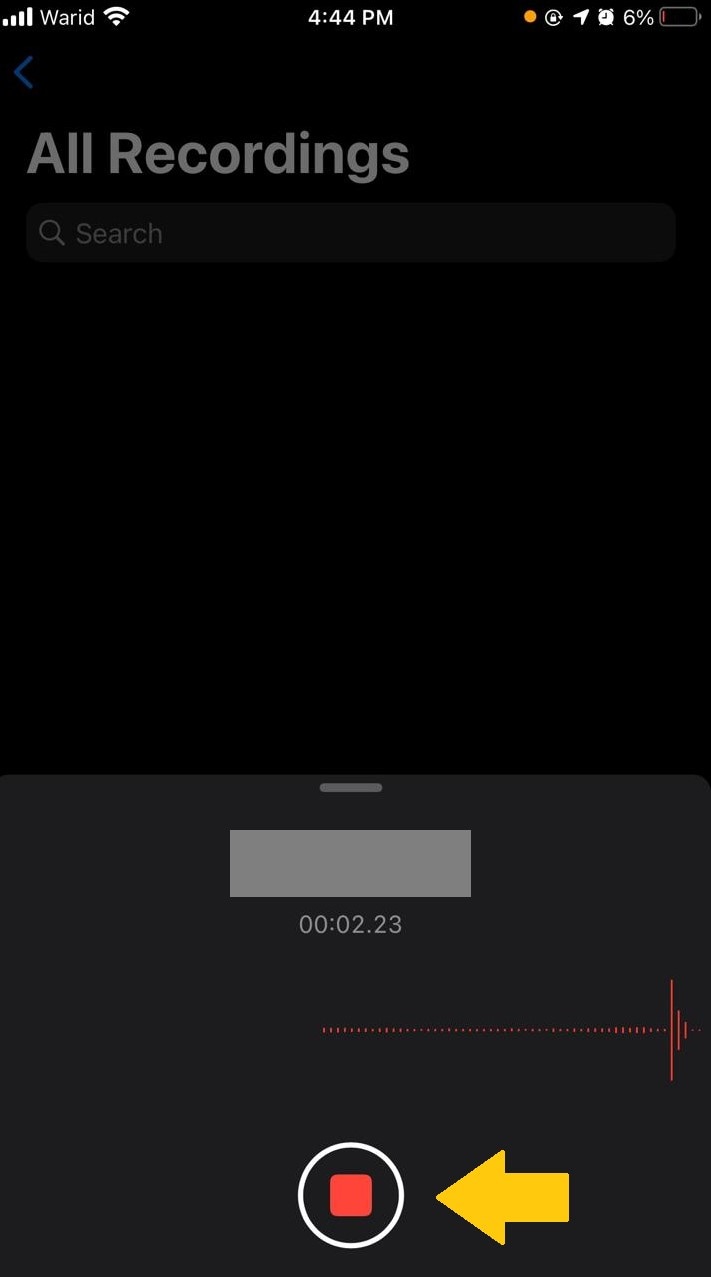 All voice memos will be automatically saved in the Voice Memos app, and you can hear them by launching the app and clicking on the desired file.

As for the limit of the voice recording, no limit has yet been set by Apple, so you can record till your storage space runs out!

Recording voice memos using the Voice Memos app is pretty simple and straightforward; however, if you're looking for an app with additional options, we have put together 5 of the best voice memo apps for iOS and Android.

Otter is a voice memo generator available for both iOS and Android devices. Not only does it offer the users to record voice memos, but it also has a “Live Transcribe” feature that enables the users to convert speech to text. This feature works well with audio, videos, and even images.

Apart from this, you can also edit your recordings to change the playback speed, remove noise, etc.

It comes with a free version that offers audio recordings of up to 600 minutes per month, some basic editing tools, and exporting options. The paid version, however, includes 6000 minutes to record voice memos with advanced editing and team management tools.

The best part about Otter is that it is also available in a desktop version, which performs just as well as the mobile version.

Noted is a free app exclusively for iOS and Mac devices. It is perfect for use during meetings, lectures, or conferences where you require noting down important points. 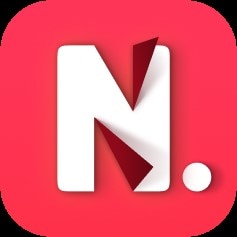 Users can add tags, images, and mini notes to their voice memos as reminders with this app. Also, there's an option of adding flags to the recordings, clicking on which takes you exactly to the section you want to listen to, without going through the whole audio.

Some solid editing options include adjusting the playback speed, background noise removal, and EQ. However, the latter two features are only available in the paid version along with some other advanced tools for $1/month.

Another voice memo maker app specific to iOS devices is Ferrite. It is considered one of the best apps to record voice memos on an iPhone, given the awesome features it has to offer.

You can use it to record podcasts etc., on your iPhone or iPad without any time limit. This means you can freely record without having to worry about running out of time.

Other than this, you can use the editor to cut out pauses, speech slurs, or mispronunciations in your audio. A toolbar is situated at the bottom of the screen, where you can add shortcuts to your frequently used tool.

Most editing features are available in the free version; however, you can always upgrade to unlock premium editing options.

If you're looking for a feature-rich voice memo generator, Rev is a good option. It is a free app that contains no ads and is available for Android as well as iOS.

It has a very simple and easy-to-use interface that allows you to record voice memos with a single tap. Not only this, but the voice quality is also top-notch, unlike other apps where you have to strain to listen to the audio or use noise removal.

With this app, you can record voice memos, edit them, share them via Dropbox, Evernote, and Google Drive, and also sync them with iTunes.

The most standout feature of this app is that the speech-to-text transcriptions are not computer-generated; in fact, they are done by real people. And this is why the app charges $1 per audio minute for them.

Get Easy Voice Recorder for your iOS or Android devices for a fun and easy voice recording session. 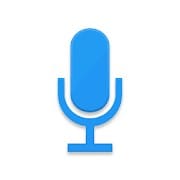 As the name suggests, this app has an incredibly simple interface that requires just a single tap to start recording. It is an ideal app for recording music, acapella, meetings, interviews, lectures, and personal notes.

This app keeps working in the background even if you're using your phone for some other task and still manages to record high-quality audio. Once you are done recording, you can share your voice memo directly via the app or email and even transfer it to your PC.

It comes with a free version, but you need to get the premium version to access advanced features like it is with most apps.

These were 5 of the best voice memo apps for iOS and Android; however, if you're looking to record voice memos using your Windows or Mac computer, we have just the software for you!

Wondershare DemoCreator - The Best Voice Recorder for Windows or Mac

Voice memo generator apps are useful in situations when you're on the go. But, if you need to record high-quality voice memos from the comfort of your home, we would suggest using desktop-based software for it.

And, our recommendation for the best voice recorder for Windows or Mac is Wondershare DemoCreator.

Wondershare DemoCreator has a free trial version allowing you to use it and check out all the fantastic tools it has to offer before deciding to purchase the full feature-packed version.

So, when it comes to a voice recorder for Windows and Mac, you don't have to think twice before going for Wondershare DemoCreator!

To keep up with the fast-paced world, we need to move fast as well. And for that, we need to change the way things work, like switching to voice memos rather than writing on paper or typing. Luckily, our smartphones have built-in voice memo apps that have made recording audios easy.

However, the third-party voice memo generators mentioned in this article will also help you record, edit, and share voice memos. If not a smartphone, then the desktop-based software Wondershare DemoCreator will aid you in more ways than you can imagine!

So, make your life easier! Take a breather and record those long meetings and lectures!