The AZ screen recorder is a screencasting tool specifically designed to be used on the Android OS platform. It can be installed on Android devices running Lollipop and above and comes with numerous features designed to make the screencasting process easier. Unlike other similar apps with similar screencasting features AZ Screen recorder is completely free to download and the free version is fully functional. This free version of the app will however have ads that you can easily remove by upgrading to the paid version.

One of the best things about this app is that it offers very useful features without needing to root the device. It will also not have any limitations on the recording process and won’t add a watermark to the recorded video. In this complete review of the app, we take a look at how to install it, how to use it, and help you decide if it is the best tool for you.

The single most consistent thing about this app is that it is very easy to use. This applies both to the installation process and also the screen recording feature. You can choose to download the app from the Google Play Store in which case, you would just type in the name of the app in the search bar and tap "Install" when it shows up in the search results.

Either way, once the app is installed on the device, getting started is very easy; you just need to launch the app and a floating bar will appear on the left-hand side of the screen. With this floating bar, you can very easily control the screen recording process.

The AZ Screen Recorder has a lot of great features. These features are all available on the free as well as the paid version of the program and they are designed to make it easier for you to record high-quality videos on your screen. The following are some of the most important features that you can expect to find on the AZ Screen Recorder app;

How to Use AZ Screen Recorder on Android

Step 1: Install the app on your device

Ensure that you grant the app all the necessary permissions it requires in order to function properly.

When the installation of the app is complete, launch it from the app drawer.

You should immediately see an overlay with 4 prominent buttons on it. Tap on the gear icon to open the settings. Here, you can configure the video recording settings as you prefer. Some of the settings that you can change include the resolution of the video, the frame rate, and the bit rate that you would like to use. 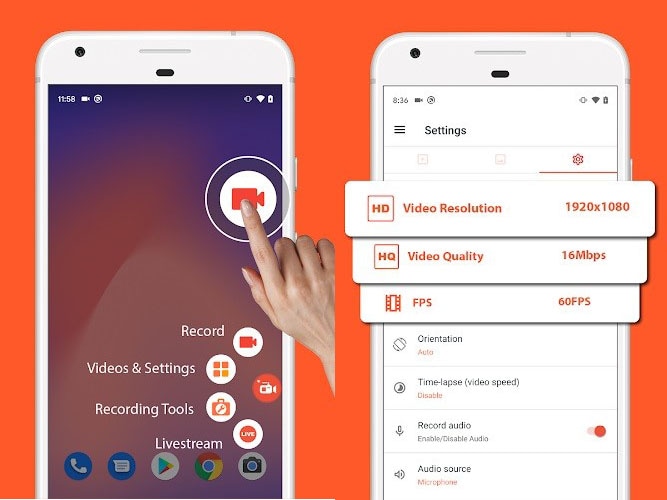 Once you are happy with the settings you have, press the back button to go back to the app's main window.

Now open the app that you would le to record and when you';re ready to begin recording, tap on the “Red” record button in the AZ overlay.

The recording will begin immediately and you can continue using your device as normal while AZ records your activities in the background. 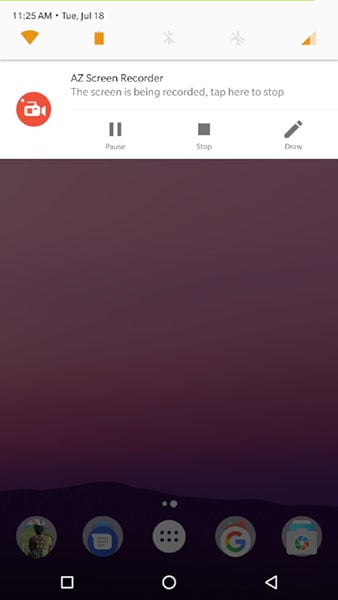 You can then tap on the image icon in the AZ overlay to view the recorded video which will be saved in the device’s gallery.

How to Use AZ Screen Recorder on Computer

AZ Screen Recorder is an incredible screen recorder application that can run as planned on PCs that utilization Android emulators. This screen recording application catches and records excellent recordings from the screen of the PC and permits clients to alter the subsequent pictures and recordings. Sooner or later, we generally need a screen recorder for our gadget. For the most part, clients need to make introductions to impart their work to other people. Yet, some gamers never need to botch an opportunity to share their ongoing interaction with the external world. For both class clients, they can confide in AZ Screen Recorder for recording gadget's exercises with no problem.

Step 2. Run the software and click the "Recorder" from the main screen. 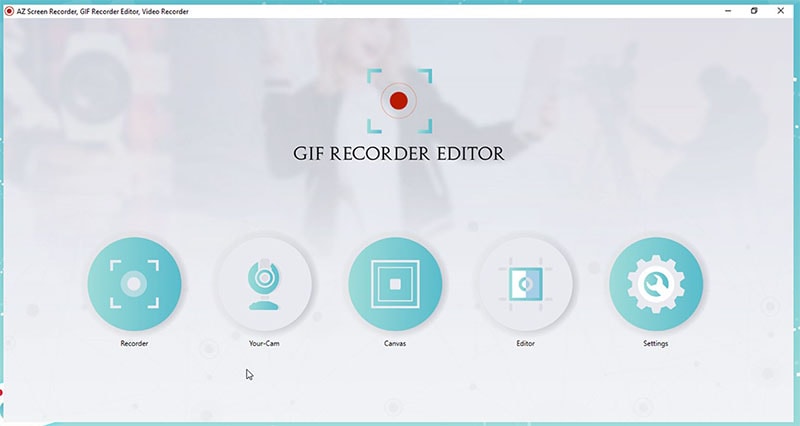 Step 3. Choose the region you want to capture from your computer and start the process. 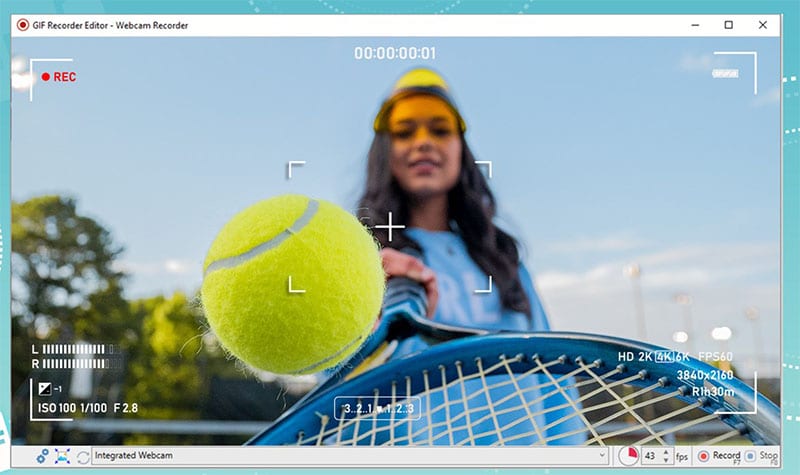 DemoCreator is the program designed to record computer screen, webcam and audio at the same time. This software supports both Windows and Mac systems and provides many capturing features, such as customize recording area, screen drawing, flexible webcam styles etc. Download and install this program on your computer and follow the steps here to get started.

Step 1. Run DemoCreator and click “New Recording” from the main interface. A new window will appear, which allows you to customize the frame rate, input device and recording area.

Step 2. Hit on the red button after everything is set up well. The process will start in 3 seconds. You can press F9 to pause or F10 to end the process as you want. 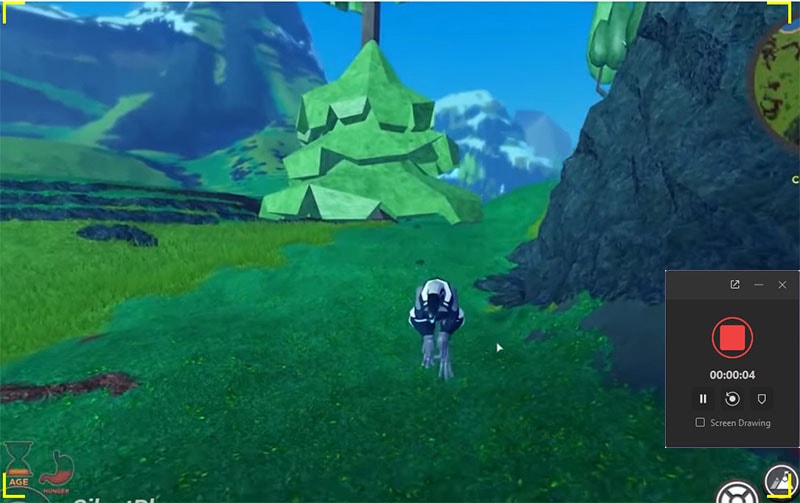 Step 3. Once the recording completes, the video will be opened in the editor. You can edit the video with the built-in tools and templates according to your preferences.

My Opinion on the AZ Recorder

While screen recording desktop apps have long been the focal point of this industry, mobile apps like AZ Screen Recorder have increasingly taken up the space desktop apps may not be able to occupy. Sometimes you just need a reliable screen recorder app for your Android device. Perhaps you need to record a mobile game or a how-to video for a specific app on your device.  But with so many apps out there, why should you choose AZ Screen Recorder?

There are a lot of things that set the AZ screen recorder apart from other similar tools. Yet, my favorite by far is how easy this program is to use. Despite the complexities of screen recording, this feature allows users to very easily record the screen at a literal click of the button.

I also love that it is easily accessible on the Google Play Store. This speaks to the program’s reliability and safety. It also doesn’t hurt that you can very easily edit the videos you record in numerous ways. It offers all the features of some of the most expensive desktop tools in an all-in-one reliable mobile app.

The only thing that I don’t like about the AZ recorder is the fact that it will not record internal audio on devices running Android 9 and lower. But it does offset this problem by very easily allowing you to add your soundtrack including audio of your voice in post-production. The fact that it is free is just an advantage to an already amazing tool.

Can I use the AZ Screen Recorder on PC?

Yes, you can follow the above-mentioned strategy to download and utilize this chronicle application on your PC to make your screen recording more amazing and handier. AZ Recorder is quite possibly the most famous recorders on Google Play, likely because it incorporates a few capacities added without full promotion. One of these additional items is significant: live sharing of the versatile to Facebook, YouTube, and so forth.

The AZ Screen Recorder permits you to make magnificent screencast recordings by ensuring the full security that you need to utilize your device. This application additionally empowers you to record sound from the mic, which is joined with screencast recordings naturally. So, you can undoubtedly make unlimited recordings, instructional exercises, and many more without being worry about security concerns.