Often we are assigned huge tasks on our computers that take so much of our time. With such deadlines, any sort of shortcuts from the computer itself can be a life savior. One such tool is a mouse click recorder free or macro recorder that tracks the movement of the mouse to later help us with playback when we need it. To execute all the above, we use a macro.

Now, what is a macro? In the world of computers, a macro is a code that creates a pattern to show how an input could be drawn to replace it with an output. This reduces all the time we waste doing the same steps again and again and it also eliminates the boredom which comes along with it. We have done thorough research to bring out some of the best mouse recorder free that’s available in the market.

EasyClick Macros are used to simplify things for users while creating macros. It is a function that carries out the task by first keeping a track of the keys in various combinations and providing each combination a task to execute. In simpler words, the Easyclick service helps the users by providing them shortcuts. This is so that a task can be easily executed. Easy click Macros is easy to use with a user-friendly user interface which makes it useable by the user of any skill level. 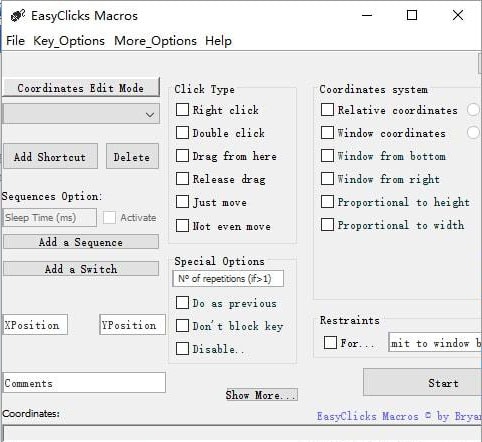 Any function can be executed using this software and all you have to opt for is the mouse recorder full version free download. This tool helps users to do the task with ease and save a lot of time. Though it is very powerful and useful it has got some critical disadvantages too. This software can't be installed or used on a PC with 32-bit processors, can't print all registered macros, and the program is quite outdated and hasn't been updated in a while. Moreover, it is supported in very limited OS.

WinMacro has the ability to record mouse movements free and the specific use of keys performed only on the desktop screen. Due to this the output file comes out to be very small. It comes in terms of kilobytes. It can be very useful to the users who perform the same tasks every day or very often on the window's desktop. There are certain tasks such as copying files or cleaning files on a regular basis.

Tinytask is highly useful software developed by Vista Software. It is a helpful tool that allows the user to record the mouse click and automate the activity through repetition. It is remarkably helpful and completely free software. TinyTask is an essential app that can be used to document and repeat the actions and as the name specifies its size is incredibly tiny. Additionally, its highly compact and completely portable feature makes it more appealing. 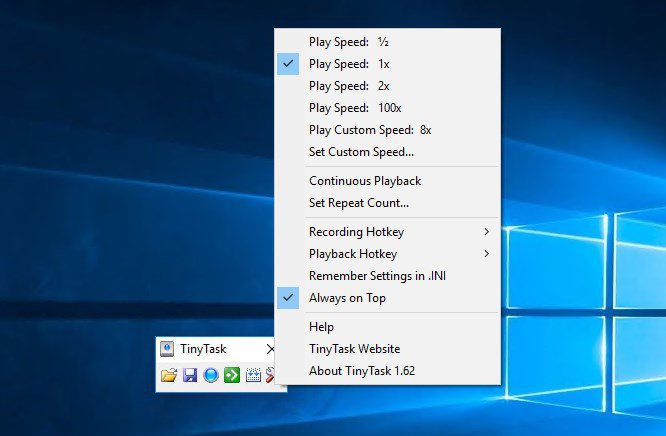 It's an efficient mouse and keyboard macro recorder. So when the program is active, everything you type and everything you do with your mouse can be replayed. What makes it even more interesting is that later you can even save them by converting them into .exe files. Moreover, this has no installer, required file, and stuff like that which wastes time.

MacroDollar is a gratis macro recorder and player which allows the user to record all the events of their mouse and keyboard in a single journal. It also allows you to play several journals in a single scenario, in its advanced option. MacroDollar is a very minute-sized and portable macro recorder that can be used to capture mouse and keyboard movements. 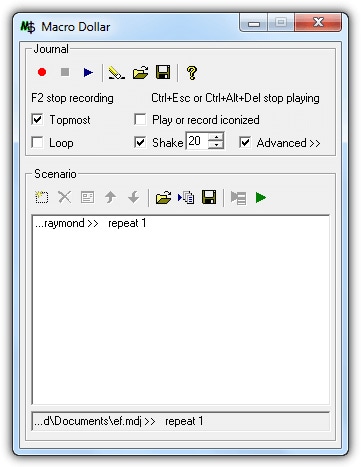 Originally developed to earn money with advert bars, this small but highly valued tool is useful to automate a number of tasks like moving windows, click on buttons, filling text fields, and much more. This highly beneficial tool was initially written in C++ and published under the GPL (General publishing license). It is an extremely helpful yet uncomplicated solution for recording and playing scripts with the events of the mouse and the keyboard.

Mini Mouse Macro is a highly beneficial mouse and keyboard recording macro. It's a small and portable mouse macro, which allows the user to record keyboard entries, clicks, mouse movements, and more. It is a task automation program that generates macro by recording accurate mouse movements and keystrokes. What makes it even more appealing is that it's completely free of cost and comes without any ads, banners, or trials. 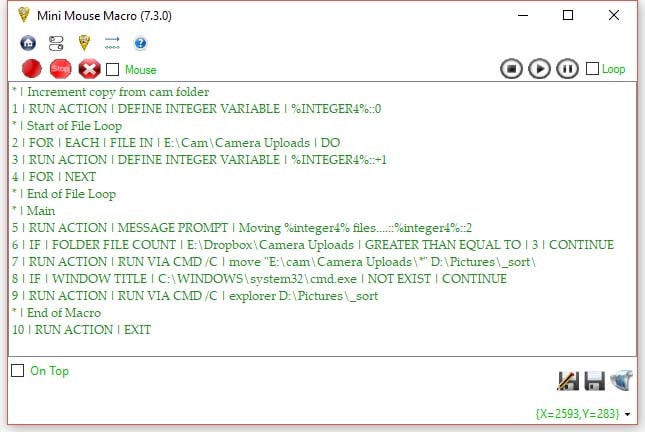 With this uncomplicated program, the user can automate most tasks anywhere from webpage login, word processing to desktop publishing to graphics and online gaming. Another highly efficient feature of it is its potential to save your macros and display whatever macro you need when required. In a nutshell, it packs an amazing range of features and is very helpful for first-time users when it comes to macro recording.

To make things much easier and more relaxing for the users this tool, namely "Macro tool works". It helps the user to make a task to be done on its own. The only thing a user needs to do is to initiate the task by assigning a hotkey (a particular key or a union of keys assigned to do a certain task) or by creating a setup so that the initiated task can take place at the arranged time. 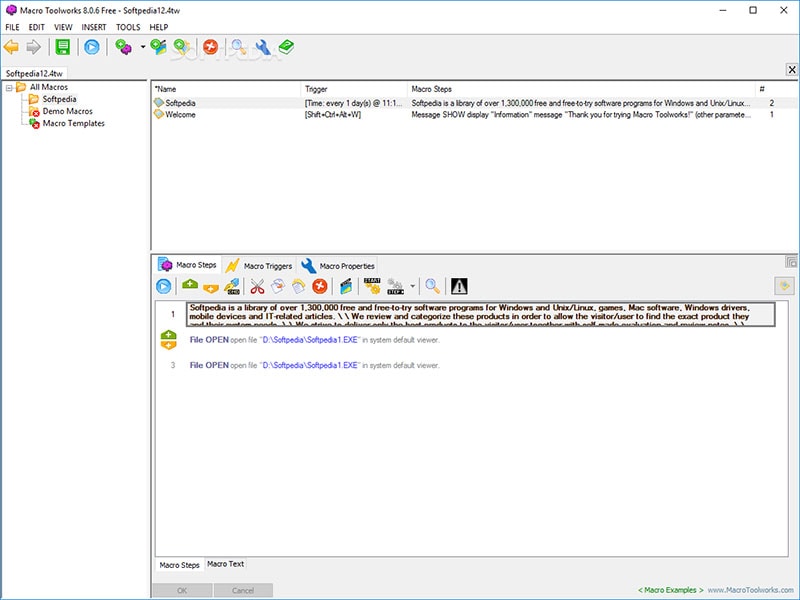 So there are lots of situations where users can use "Macro tool work" to ease their task such as sharing similar files or folders frequently, setting up the antivirus scans, or making a more often used software to open. Not only these but one can do a lot more things so mostly it depends on the user how brilliantly this tool is being used. This tool is also easy to learn and easy to use since by taking a look at its interface one will easily understand its various options.

Do it again is a computer program that permits you to carry out a task for you at any moment. It is an uncomplicated program. Do it again is very useful at times when you execute a task repeatedly the same way each time, you can instruct Do it again to perform the job for you, all you have to do is carry out that job once yourself which will create a new task and then "Do it again" can execute the job for you at any moment at your desire. 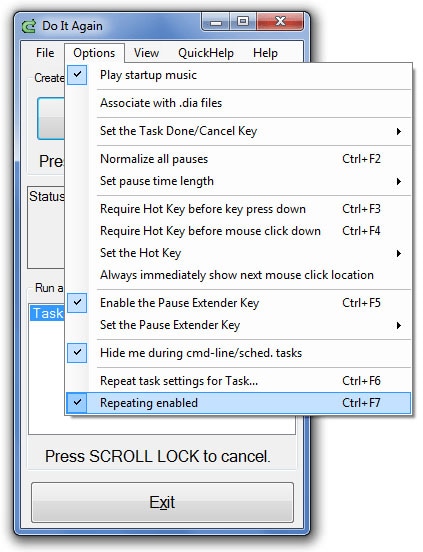 It offers many other functions, such as simple text-based editing of job files that authorizes the playback of jobs. "Do it again" does not require a lot more space than any other average program in the list of productivity software. It is used in countries such as Egypt, the United States of America, and Algeria to a great extent.

Mouse recorder premium is a professional program that helps in automating continuous pieces. There are a lot of jobs that Mouse recorder premium can perform such as, smoothen out any edgy mouse movements. It helps in the recognition of every macro action. Also, it combines into Text Expander for Windows Phase Express to bring out macros for hotkeys autotext. 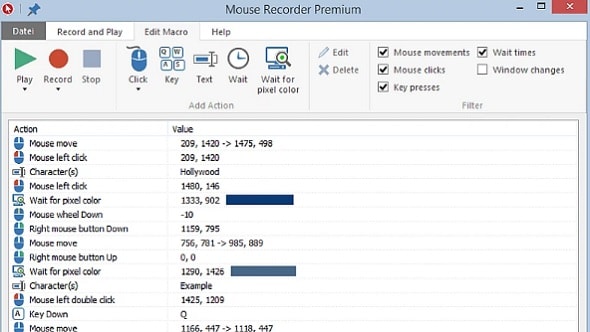 It can arrange macros in a customizable folder hierarchy of work and it can be utilized for software test automation or an auto mouse-clicker. It can do so by recording your mouse's clicks and keystrokes for limitless playbacks. So if you want to automate a job, you can utilize the Mouse recorder premium to generate a macro that will simulate the movement of the mouse. It includes mouse clicks, keypresses as well as Mouse movements. A downside to this program is that security software may detect it as a threat.

GhostMouse permits you to record and automate a series of mouse clicks and key presses on a windows PC. To utilize this program you have to click the record option and start simulating the key presses, mouse movements, and clicks you would desire the application to record. Now to replay the recorded series click play. 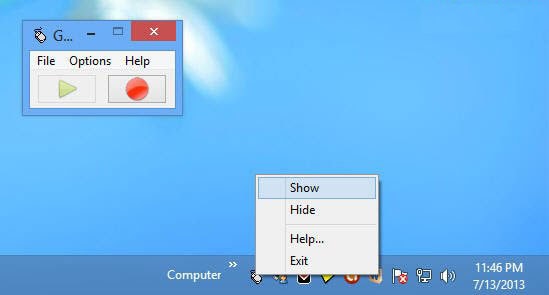 For example, you can set up the playback speed and shuffle with the recording options. Hence you can choose what sort of events you want to record. It can support not only mouse clicks but also mouse movements on the monitor. Conclusively, GhostMouse is a very trouble-free program to record the activity of a mouse on the monitor screen. Albeit much other software provides many composite features, GhostMouse is more than enough when people only wish to record the activity of the mouse.

Mouse recorder pro is a distinctive PC-based application that permits users to record the activity of their mouse on the screen. This can be a considerable option for people who desire to troubleshoot any error that they might be suffering from a particular website. 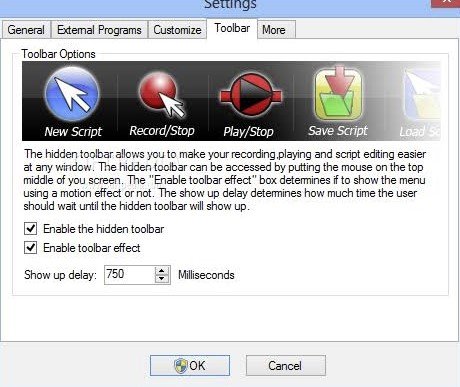 Mouse recorder pro is very easy to utilize. It offers numerous options and all of these can be altered to suit the liking of the user. For instance, it can record the position of the mouse, response delay, and position of the cursor. Other options include record, playback, and save.

The user wouldn't need any advanced experience to utilize this program. A built-in editing function permits the users to alter their recordings whenever they wish to do so. These very recordings can be executed in a way where it can be used in the future at a certain time. The small file size is perfect for operating systems with little memory, nonetheless, it has not been updated since 2009 and which also suggests that more advanced features are not present in this version.

Macros are great if you just hate to do repetitive tasks again and again. These tools do the tasks at the click of a button for you in no time. We have discussed 10 macro recorders which have distinct advantages and disadvantages. As per your requirement and convenience, you can choose any of them as your macro program and enjoy getting rid of repetitive works.