How to Record PS3 Gameplay?

Do you have a PS3 at home? If yes, have you ever thought of using your gaming clips to gain some quick fame? If not yet, then it is high time for you to another level! Play stations are still in high demand. People from various age groups, including teenagers, adults, and youngsters, go gaga over PS3. To your surprise, you can now utilize your gaming skills to gain popularity but if you are one of them who do not know how to record PS3 Gameplay, then you are on the right page.

Well, you can also earn easily from online gameplay sharing on various social media platforms. To get you started we have given the best ways on how to record PS3 gameplay without capture card and more. You can keep an eye on the following article to get the details on the PS3 gameplay recording!

Do you want to record PS3 Gameplay? If yes, then here is something interesting which you might want to use. You must have already heard of the most amazing Wondershare Demo creator. If not yet, then here is some readily available information for you. Demo creator is one of the best-known screen recording platforms, which you can use to record anything you want on any platform. Now you must be wondering what the wonders are that the software can do to you and your gaming skills. Look closely at the following para to get a better understanding of Democreator now.

If you want to record PS3 Gameplay, then Wondershare Democreator might be your best friend and guide in the process. It is one of the most popular software which you can hear off in today's world. It can help you do wonders with your video clips. The screen recorder lets you record any video you want, even from your PS3, in simple steps. You can use the same software to edit, trim, apply effects and even compact the clips anytime you want. In addition, the software lets you share the clip on various platforms you want by saving it.

Here are a few easy steps which you can follow to record your PS3 Gameplay with Wondershare Democreator:

The first thing you need to do while recording your PS3 Gameplay with Wondershare Democreator is to set up the connections correctly. Unlike PS4 and the other editions, PS3 does not come with in-built screen recording systems.

You have to decide where you want to record the video first. You can use your desktop or laptop as a convenient platform to record the Gameplay from PS3. Then, you can connect the PS3 to the recording device and wait for Wondershare to do its magic!

The second most important thing you need to do is download and install the software on your recording device. If you want to record the Gameplay of PS3 on your desktop, then you can install Wondershare Democreator there. After the installation of the screen recorder, you need to go for quick setups.

Wondershare Democreator enables you to audio and video record at the same time without any interruptions. You can easily allow video and audio recording if you want.

If you are looking for a PS3 game recorder, then Wondershare Democreator might be one of the best options you have. Once you get done with the settings on your screen recorder, you can quickly start screen recording for your PS3 at once. Then, the moment you feel you are satisfied with the clip, you can stop the recording.

The last and the most crucial part of your screen recording process with Wondershare Democreator is the editorial part. After finishing the screen recording, you can preview the file at once. This is when you can edit the clip, add effects, apply stickers, edit audios, etc., according to your need.

Once you have edited the gameplay clip from PS3, you can easily export the file by saving it to your recording device on behalf of PS3. But, of course, the last thing you would want to do is share the video on whichever social media platform you want!

If you want to know how to record your Gameplay on PS3, then you have found the right page! Most people look for ways to screen record their gameplay skills using various screen recorders. One of the most convenient ways is to use a USB plug for the process. You would need some technical stuff like TechSmith’s Snagit 11 or 12. Go through the following steps to discover the further steps for screen recording on PS3 with USB:

You can use a USB port for PS3 gameplay recording at ease using a desktop or a laptop. The first thing you need to do is choose a convenient platform for screen recording with USB. Once you decide, you need to plug in the USB port to the device like a desktop.

❷ Do the Setup

If you want to know how to record PS3 Gameplay without a capture card, then using a USB in the right way might be the best option you have. All you have to do is open your C: / program files and look for the TechSmith Snagit folder on the device. 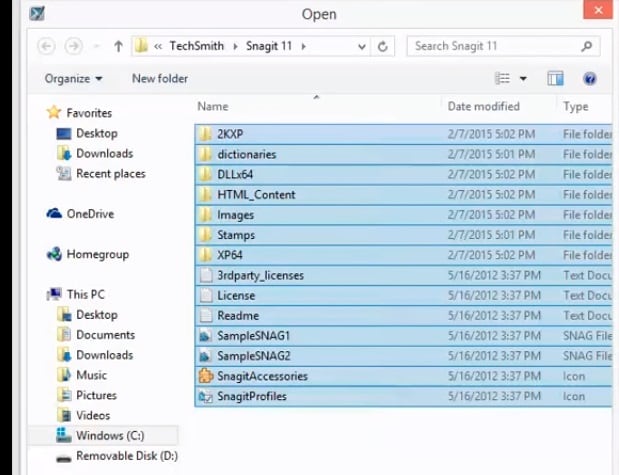 Once you get the suitable folder, you can quickly switch to Snagit and copy the file. Once you finish copying the Snagit 11 or 12 folders, you can easily paste it to the USB.

❸ Time for plugging and unplugging

The most exciting part of using a USB to record your PS3 Gameplay is the plugging and the unplugging procedure. Once you get the file of TechSmith on your USB, you can unplug it from the desktop real quick.

After that, you can plug the same USB into your PS3 for using the port for screen recording.

The last thing you need to do to experience the screen recording of your PS3 Gameplay with the USB port is to start playing the game on your play station so that Snagit can automatically start recording. Once you finish your recording, you can quickly unplug the USB to stop it. 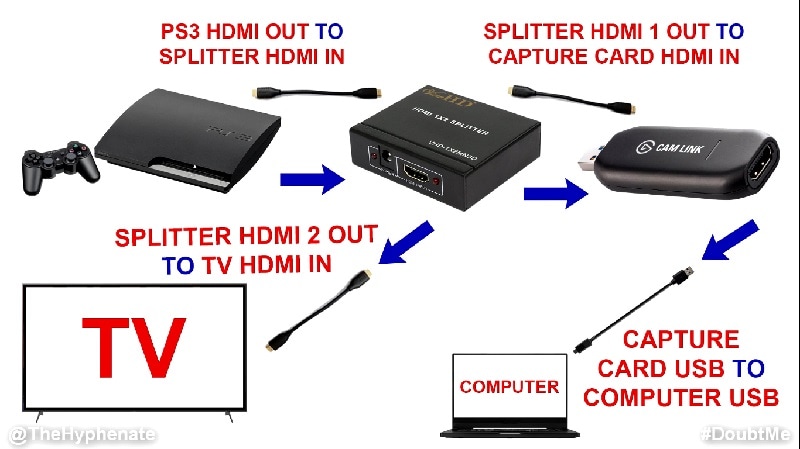 Many people find a capture card to be the most convenient way of recording PS3 Gameplay. If you want to do the same, then you can follow the below steps to get the best results:

The first step to your gameplay recording of PS3 using a capture card is to connect the A/V in the port cable to the PS3. You can do the same using the video cable of the play station at once without any interruptions. 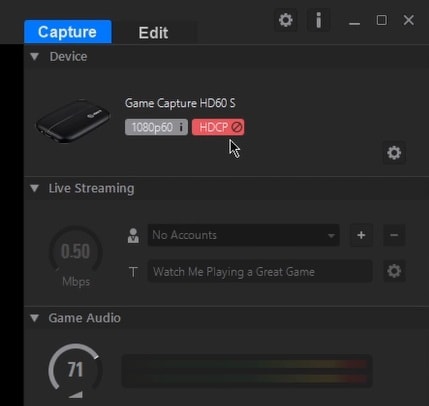 It would help if you got the game capture software from the official website at once for completing the procedure. 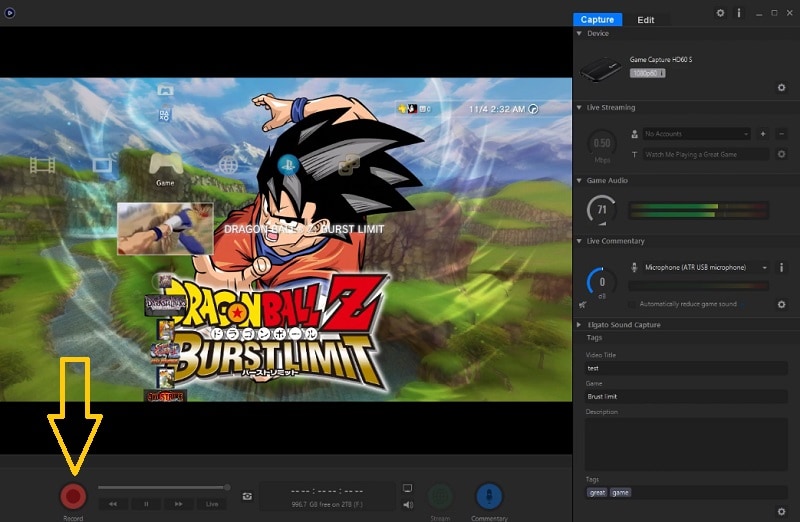 If you are looking for convenient options for recording your PS3 Gameplay, then Open Broadcaster Software might be a suitable option for you. 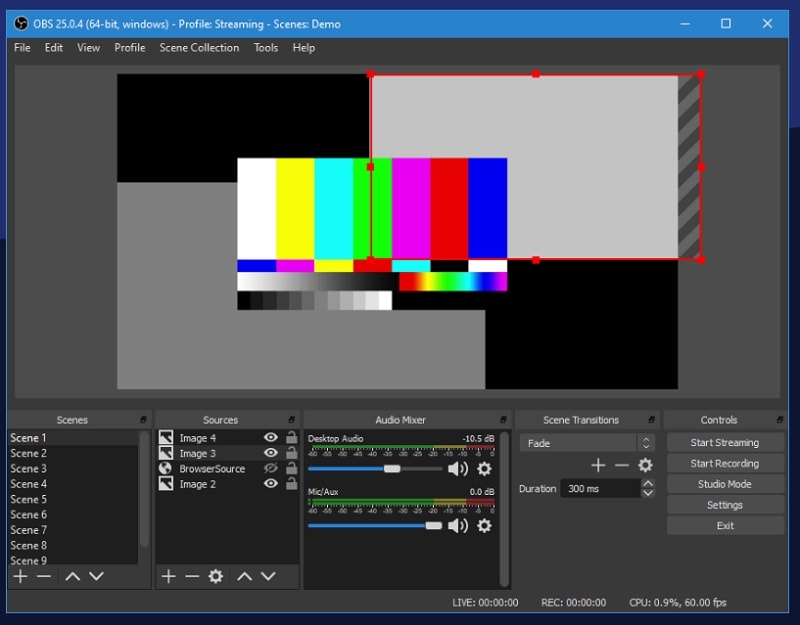 However, if you do not know how to screen record your PS3 Gameplay with an OBS, then go through the following steps to understand better:

OBS is often confusing and hard to handle for most of the gamers out there. But if you have started taking an interest in it recently, you would need to do a few quick setups like turn off the ‘enable cursor over projector’ option and set the encoder to x264.

You also need to enable the CBR option and put quality to 10. Finally, you can select the bitrate to 8000 maximum.

❷  Get ready for the recording

The next step is to get ready for the recording by adding the correct application or gaming platform to the home screen of OBS. Once you get to preview the recording process and when you are all set for the job, you can exit the preview and start recording.

The entire piece has helped you learn every knit and bit of screen recording on PS3 in various ways. So what keeps you waiting further? Go and choose your most convenient way to get some quick fame on social media now!