With the rising popularity of gameplay videos and livestreams came a surge of software capable of handling the task. Open Broadcaster Software was one of the first fully-featured software for game capture that was made available for free. It can record input from your whole screen, webcam, or even specific windows. It works well for capture and live stream, but many people are moving away from open broadcaster software because of the large output size of the files and its limited functionality as compared to other software. Here are a few alternate options.

DemoCreator is considered the best OBS alternative. It is not only a screen recorder but also comes with an extensive range of video editing features. You can record part of your screen or full screen, or even record your webcam and computer screen simultaneously. On the other hand, the video editing suite allows you to do basic editing on your video, including adding text and tiles, applying cursor effects, adding annotations, and more. Watch the video below to get an instant overview of this stunning recording and editing tool.

Bandicam claims to be a lightweight screen recording software for Windows only. At $39.99, it is priced at just about the average mark for similar software. It can record in Ultra HD resolution and capture up to 120 frames per second, which is just about as good quality as you can achieve at this point. It offers smaller file sizes and the ability to record more than 24 hours at a time. Because it uses hardware accelerating technology, it can record much better videos without resulting in a laggy gameplay experience, which is crucial. Starting and stopping video recording while using Bandicam has been shown to produce lag, however. 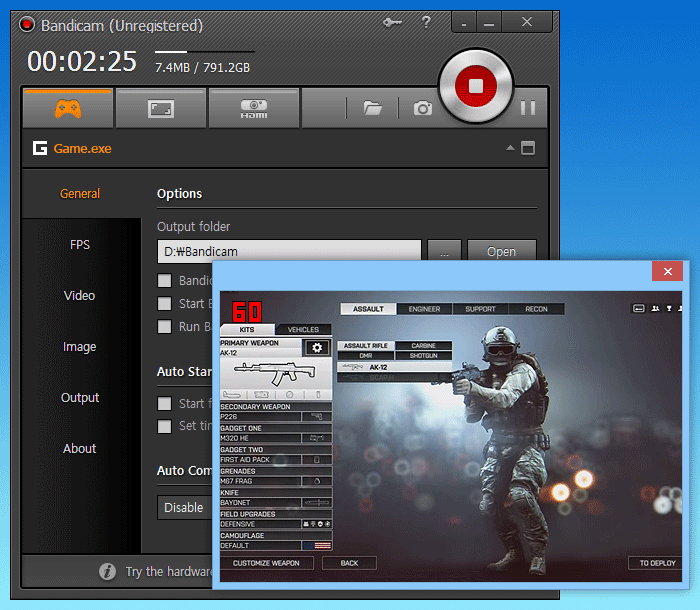 The paid version of the Icecream screen recorder is offered for only $29.95 and is well worth it if this is the software that you would like to use, as the free version is extremely limited. This software is only available for Windows and has very low system requirements, so nearly anyone can use it. It is effortless to install, and its operation is so smooth that anyone could do it. It has pretty decent audio mixing capabilities, and the video quality is satisfactory. Unfortunately, it does not have many options for editing video after capture. 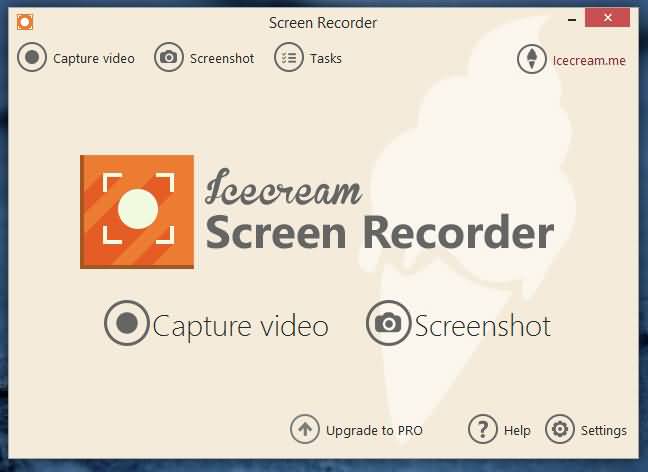 A mid-priced piece of software at $49.95, Movavi is built around creating tutorial videos but can also save video from Skype calls, capture streaming video, take screenshots, and more. Developed for Windows, this software can capture audio from any source, as well as keyboard and mouse actions. You can adjust the recording frame rate up to 60 frames per second, and customize the area that you want to capture. The downside to this software is that you cannot directly upload your finished videos to video-sharing websites like YouTube, and will have to do so from your browser. 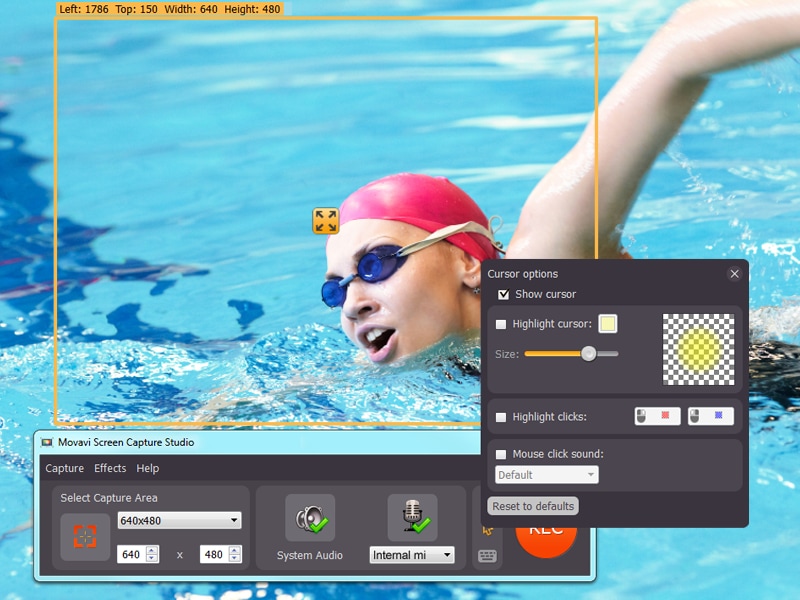 Camtasia is one of the most expensive software for screen capture and recording at the hefty price tag of $199 but offers a full suite of editing options that result in a nearly perfect video after post-production. One of the few downfalls of this software is that you can’t schedule automatic recordings without really getting into the system files. It has a reputation for being the best software in the industry and has upheld that reputation for 11 years. If you’re looking for robust editing software along with your capturing software, this is the best choice. 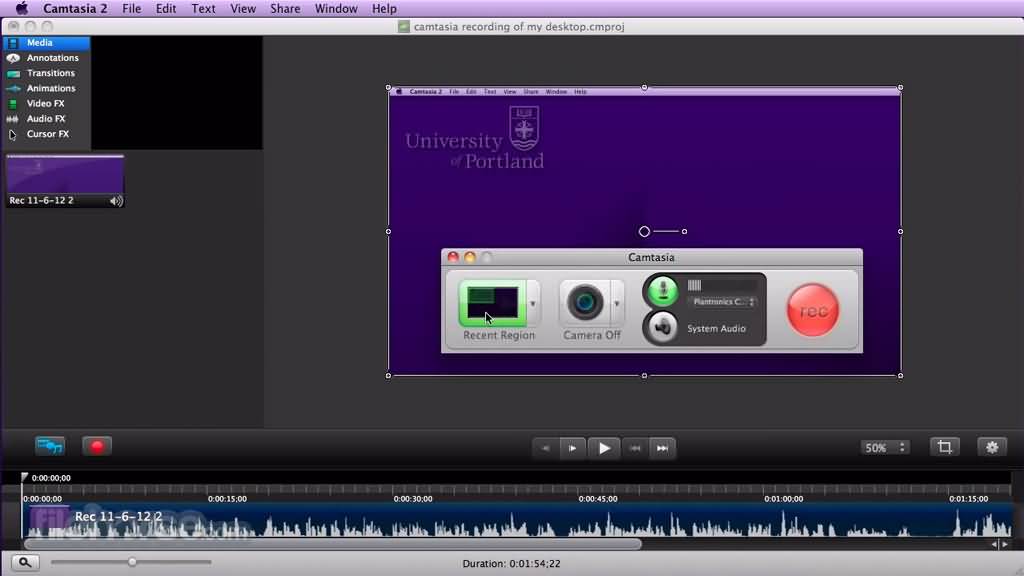 Camstudio is free, open-source software for recording any screen and audio activity on your computer. CamStudio outputs files in AVI format, which is the industry standard, but also has the capability of creating SWF files for more bandwidth-friendly videos. It allows you to add screen captions easily and overlay your webcam video on top of whatever else you are recording. It uses its lossless codec for clear videos with small file sizes. It is an extremely easy program to learn how to use and comes with a built-in help file in case you do get stuck. It is only available for Windows, however, and is not as full of features as paid software. 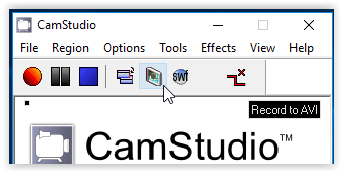 Fraps has been around for quite a while now but is still only available for Windows. $37 buys you benchmarking software, screen capture software, and real-time video capturing software all in one. You can capture video in any custom frame rate between one and 120 frames per second. Fraps has been around for a very long time, so there is extensive support available on forums all around the internet. Unfortunately, there aren't any changes since February 2013, which is never a good thing with software that you have to pay. But any software that has lasted this long has done so with good reason.

At $38, Dxtory claims to be the fastest capturing software available. It uses DirectX and OpenGL, which means that the data is acquired from a surface memory buffer, resulting in high-speed performance and very little stress on your system. Its codec allows you to record data as is, with virtually no loss. To speed up capture without creating a bottleneck, Dxtory has a Distribution Writing feature to save to an alternate storage device. It can receive and record input from multiple devices and allows you to do so in a simple-to-understand interface. Dxtory is only available for Windows. 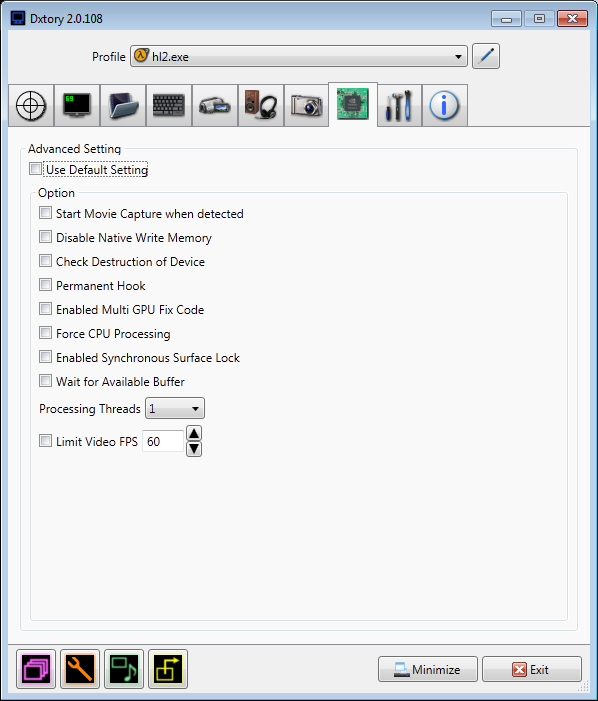 For the same price as most of these other capturing software ($39), PlayClaw affords a limited impact on the performance of your game while recording, but unfortunately does not allow you to record anything in your browser. It is suitable for simple video game recording without offering other screen recording features. It makes full use of multiple cores of your CPU to ensure a smooth in-game performance. Furthermore, it does not interfere with Punkbuster or Valve’s Anti-Cheat and works with any game that uses DirectX or OpenGL. PlayClaw offers tutorials and help on their website, and a user forum to make sure everyone gets the most out of this software. 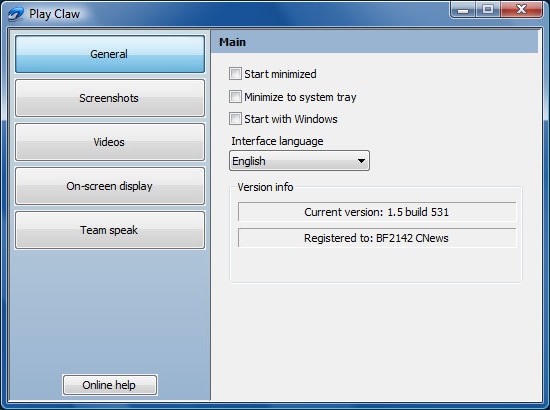 Action! is just a bit cheaper than the competitors at $29.95, and offers built-in live stream tools. Also, unlike the others, it does not allow you to set a custom frame rate, but this seems to be one of the few features where this software falls short. It offers everything you might need for both streaming and recording and is more comprehensive than most of the other software. It has released a new version recently, indicating that this is a company that is actively developing new features for the software, making it a good investment, especially at its lower than average price.

XSplit broadcaster is available as a monthly subscription for $4.95 per month. It was clearly built specifically for streaming, as the available tools are perfect. Unfortunately, you cannot set custom frame rates. In addition to streaming, you can also record with XSplit, but the recording options are limited. You can connect to Twitch or other popular streaming services right from XSplit, and the ability to record is pretty unique in streaming software of this caliber. 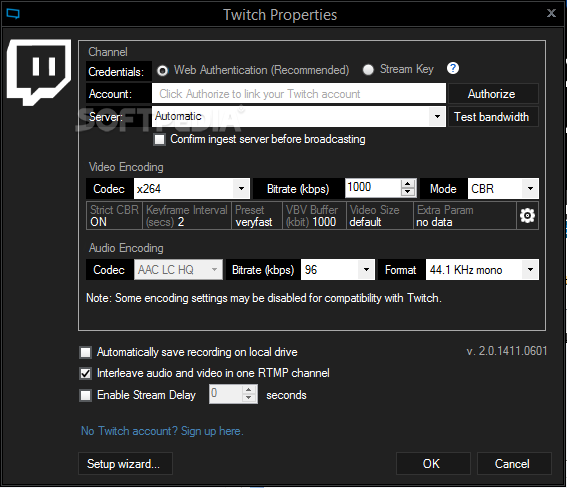 VMix is a fully featured live recording and streaming software with a variety of post-production options. The software is a bit pricey at $60, but that is for a lifetime license, as opposed to XSplit’s recurring fee. VMix allows you to try their software, with all of its features for 60 days with absolutely no limitations, so you can really make sure it is for you before spending a penny. Available only for Windows, it features live mixing, switching, recording, and live streaming.

For $99 a year, you can access VIDBlaster. It may seem steep compared to other options, but they offer several packages to suit your needs. This software is built more for live streams other than games and doesn’t appear to have direct Twitch integration, but it fulls of the features that you will need.

1. Is there anything better than OBS?

As a free and open-source cross-platform software, OBS is an excellent tool for recording and live-streaming. However, due to its limitations, several tools are better than OBS. For example, Wondershare DemoCreator is not just a screen recorder; at the same time, it allows users to edit the videos they just recorded.

2. What is the best program for live streaming?

If you need free streaming software for YouTube, Open Broadcaster Software(OBS) is the best choice. If you want to record video games, XSplit will be an excellent choice.

OBS VS Shadowplay Which is Better for Gameplay

Wondershare DemoCreator vs OBS Studio: Which Screen Recorder is Better