Action game recorder allows for the recording of smooth videos on any desktop at some of the highest frame rates we've seen in the market. In addition to recording high-resolution videos of your screen, you can also add audio recordings and use the tool's numerous editing features to create the best screen flow tutorial videos.

In this review, we will take a look at all aspects of this program to determine if it is as effective as it seems. We will begin with an Action Screen Recorder overview of some of its features and culminate in several viable alternatives that can be used in place of Action.

Action is a great screen recorder because its numerous features all aimed at ensuring you can record whatever's happening on your screen easily and quickly. Many of the features are generic and not specific to Action at all, but that doesn't mean that they are less than effective. The following are some of the program's most useful features;

You may have picked Action for recording the screen, but this program has very strong live streaming features. To begin with, it seamlessly integrates with live streaming sites like YouTube, Twitch, Hotbox, and Facebook. Even if you don't want to live stream what is on your screen, you can still very easily share the videos you record using Action to these sites from directly within the program. 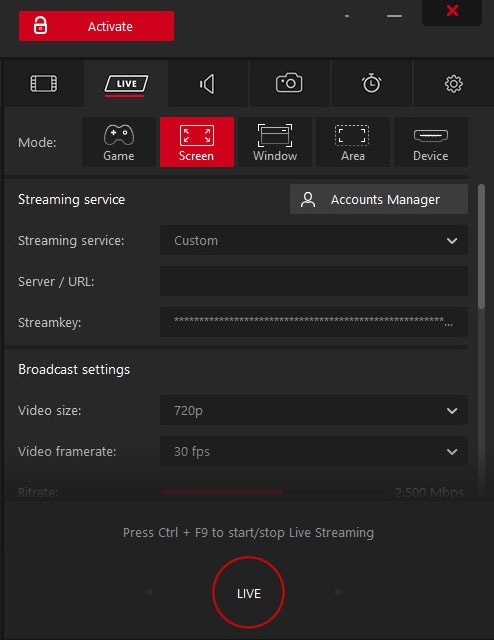 This is a feature that we expect to find in any serious tool, particularly one that markets itself as a gameplay recorder. But that doesn't mean it is not an impressive feature. You can easily record the webcam and the screen at the same time. All you have to do is select the webcam during the recording process to include the webcam and screen recording.

All gamers know how you can make an epic move in a game and then regret not recording it. The time Shift feature in Action is aimed at preventing this situation. You can very easily configure this feature in the settings and assign it hotkeys that you can hit at any point up to 10 minutes after the epic move.

Action is also one of the very few screen recording tools that can record audio as well. With this tool, you can capture anything you hear including the game sounds, your own commentary, and even background music.

It is also possible to capture numerous screenshots as you record the screen and add numerous effects to the video using Action's annotation and effects features.

Part 2. How to Use Action to Record the Screen

Despite the numerous features, Action is actually a very simple tool to use. The following simple step by step tutorial shows you how to use Acton to record the screen;

Step 1: Download and Install the program to your Computer

Download Mirilli Action screen recorder free and install it on your computer. We recommend downloading the program from the main website as you are more likely to find the most up-to-date version of the program. 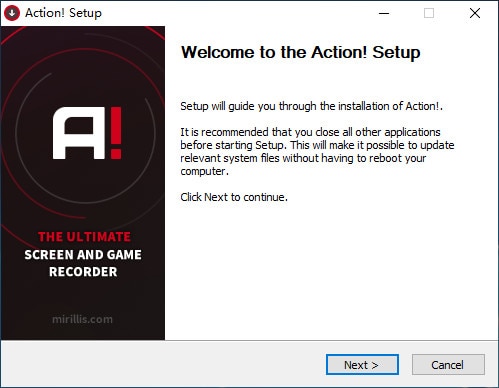 If this is your first time downloading the program, then you may need to configure the settings in a way that will maximize your recording experience and get the videos just the way you want them.

Launch the program and then click on the "Video Capture" button. Here, you can select the output format you would like to record the video in. The options you have include AVI and MP4 in. 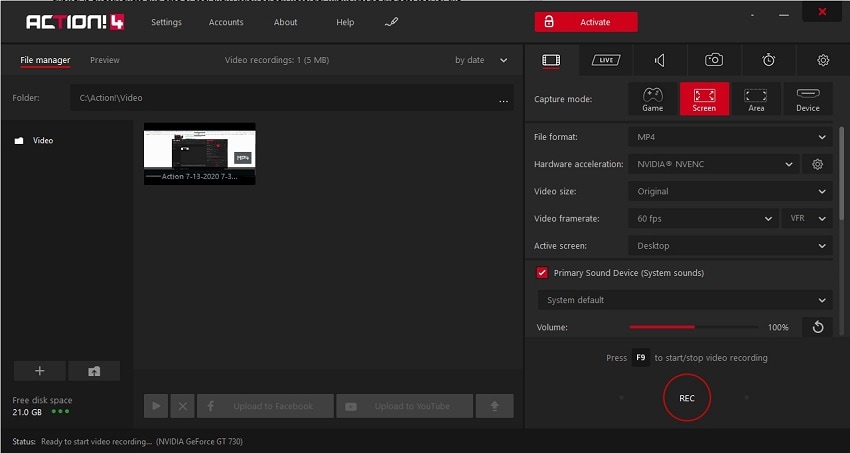 You can also select the resolution you prefer. To do this, click on the dropdown menu next to "Video Size" and select the most appropriate resolution.

You can find additional settings by clicking on the "Settings" icon at the top left corner. This will allow you to set the bit rate, frame rate, video quality, and even configure the hotkeys you can use to make the recording process simpler.

Under the "Video Capture" tab, select the area of the screen that you would like to record and select the preferred duration of the video.

Once this is set, you can simply use your pre-set hotkeys to begin the recording. 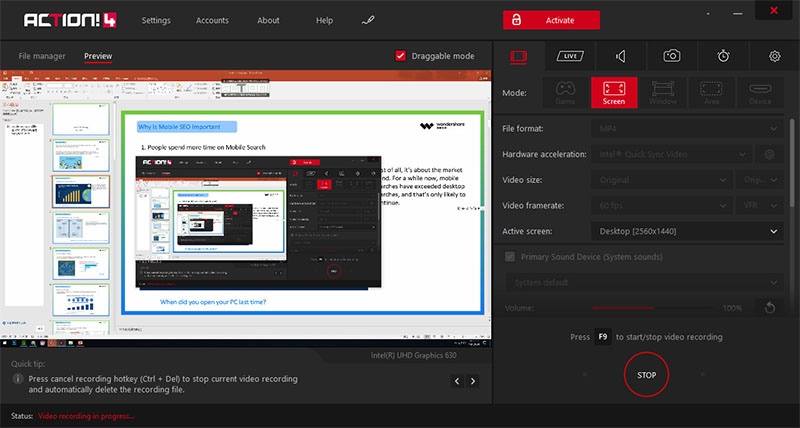 You can also switch to the screen recording, choose "Area" to select an specific region on your screen to capture videos. 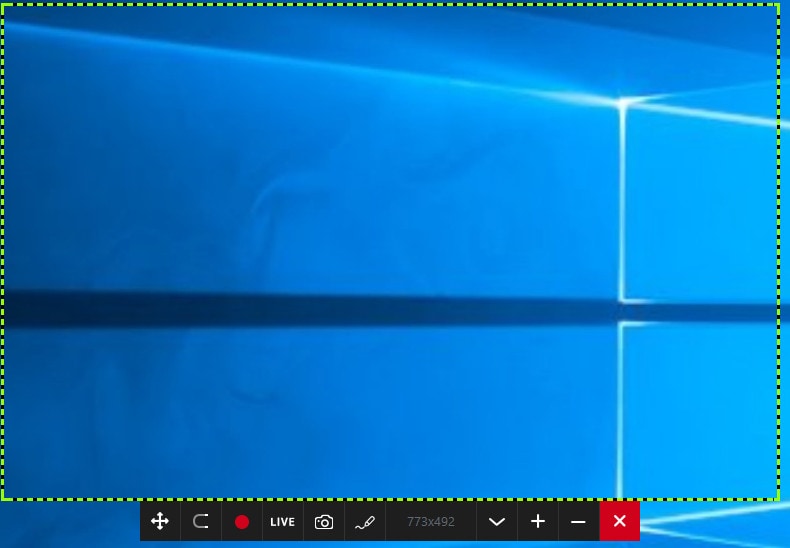 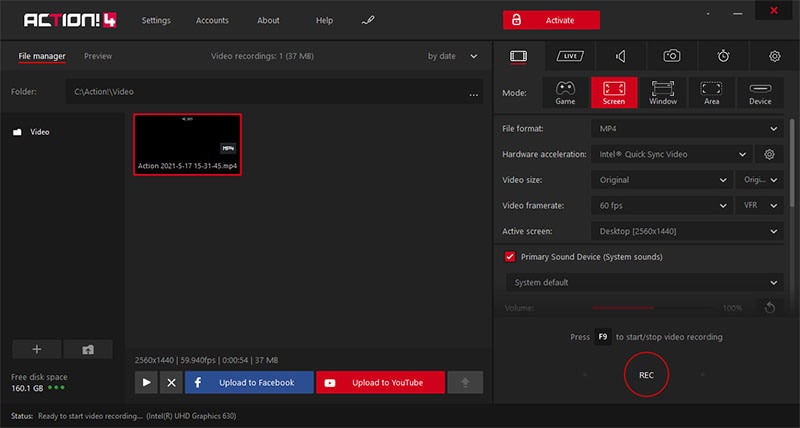 Pros and Cons of Using Action

While there are a lot of reasons why you should be using Action game recorder, there are some aspects of the program that can make it harder to use. The following is a breakdown of the pros and cons of this program;

Mirillis Action is a powerful and easy screen video recorder that has gained a lot of users. However, there are still some people complained that the free trail version is very limited, and some encountered Action recorder keep crashing and they just cannot use it at all. In that case, you can switch to other screen recording tools that comes with screen recording function and no lag at all. If you like Action and all it can do but aren't too sure about whether it is the best tool for you, the following are some of the best alternatives to consider;

DemoCreator is one of those tools that seamlessly marry the ease of use and highly effective technical features. It is the ideal solution when you want to record something as complex as gameplay or a simple presentation . DemoCreator allows users to record videos in frame rates of up 120 FPS without tasking the system's recourses too much.

One of the things we love the most out DemoCreator however is the feature-packed built-in editing suite that you can use to create very detailed screen recordings.

OBS is by no means the easiest tool to use when it comes to gameplay recording. But what is lacks in ease of use, OBS makes up for in features that every gamer looks for when shopping for the best gameplay recorder. It is also open-source, meaning it will always be free and it is constantly updated to keep it working as it should.

If you can get over the often complicated user interface, you can use OBS to record very high-quality videos that can be exported in FLV and MP4 formats. It also comes with numerous editing features that can allow you to easily edit the recorded videos.

There is a reason Camtasia is one of the most popular screen recorders of all time. To begin with, it comes full of features designed to help you record videos and take screenshots of your desktop screen. But Camtasia has a user interface that can only be described as complicated. Learning how to use Camtasia is an uphill task, but if you can get over this hurdle, it is one of the most effective screen recorders in the business. 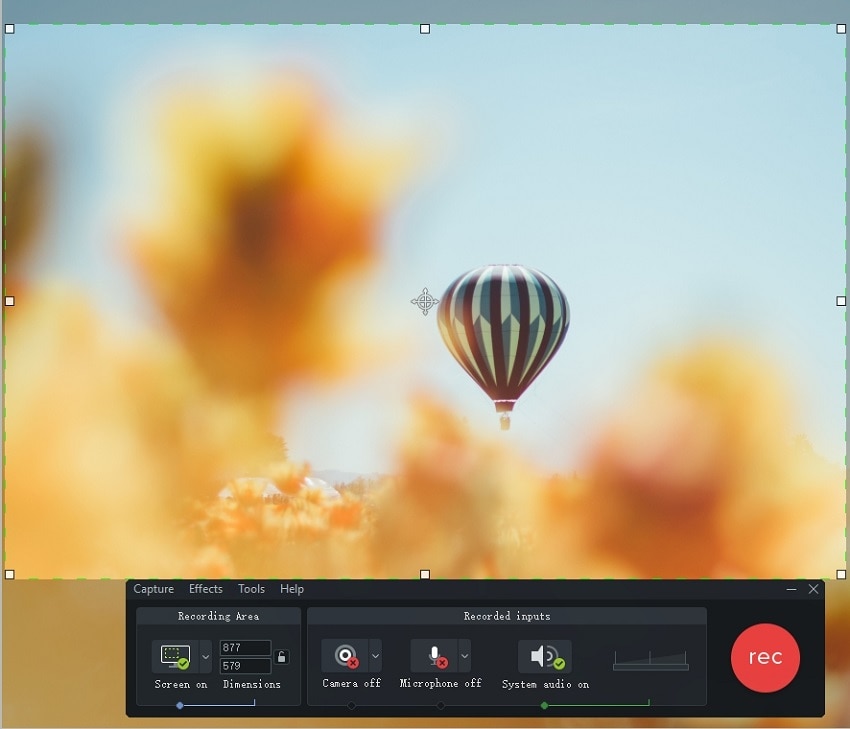 In this article, we’ve reviewed the Mirillis Action screen recorder software and recommend you other PC screen recording software to choose. Hope you can find the satisfactory one that meets your needs perfectly. If you have any other questions, leave a comment below.