How to Quality Fix the Loom Not Working Problems

The Loom is another kind of work correspondence application that assists you with conveying through immediately shareable recordings. With Loom, customers can record their screen, voice, and face and promptly share their chronicles quickly. Whether or not you need to help a customer, make a demo video to your customers, share chronicles for online media, or need to record a clear video response to an email. Loom is there to get you out with all your business issues. Stay with us to find out the Loom not recording solutions with the reasons behind the problems as well.

Besides video accounts, with the Loom screen recorder, you can moreover screen get chronicles and have the decision to remember your essentials at the lower part of the screen in real-time. Such accounts are ideal for making how-to guides and educational activities. Loom has gathered over 1.8 million people across 50,000 associations and is an uncommon toolkit for visual correspondence and screen recording. Still, with such an outperformed number, this screen recording somehow faces severe ambiguities which might be annoying for users across the globe. With that being said, here we’ve got you covered with the most feasible working solutions to common problems Loom can account you for.

Normally one of the fundamental issues you're probably going to confront is that eventually or other you may record film that you would prefer not to show up in the video. Truth be told, you may just need to utilize a little piece of the video film that you record as a rule.

That is essential for the motivation behind why after creation is so significant. By the day's end, it is difficult to expect unintentionally recorded film, however, in post-item, you can just manage it out.

This error occurs often right after you hit the recording button and present your screen to this Loom screen recorder. When you want to stop the recording, the Loom stop button doesn’t help you do that. This might happen when the slow processing of your PC or the excess of the background application hangs the process.

Again, the Camera component linked with your PC may become another ambiguity with the Loom screen recorder, as Windows refuses access to the Camera.  Check that a different user does not own the application and that Windows security settings do not forbid you to read the camera application.

Taking everything into account, we can say that the Loom product has wonderful highlights and simple to utilize. Even though the product is turned out great, clients can encounter a few issues. Here’s how you examine the above-mentioned issues that popped up with the Loom is having with Chrome.

On the off chance that the Loom screen recorder accidents (or you just see a static picture in the webcam window) when you attempt to record your webcam, you may have another application introduced that is causing a contention when the recorder attempts to utilize the webcam. On the off chance that you get an "Error while encoding" when transferring or saving to a video record, the issue is frequently brought about by hostile to infection/firewall application.

Another problem with the Loom desktop version is the Sign in problem to the user’s account. This might happen due to the poor connection to the internet of the System is unable to connect to the Loom server. This problem has a solution which we will cover in the solution section.

The most common issue with the loom desktop app is Loom not recording issue. You might need to modify the recording properties in Windows before you can enable capturing the computer screen if the recorder fails to start capturing.

In your desktop application, you're ready to set a default Mic, yet there are likewise framework-level Camera consents on what applications can get to your camera. On the off chance that you are recording your PC's framework sound and getting a sluggish and twisted sound, the means underneath may help fix the issue.

Suppose you're having troubles launching the Loom recorder from within your desktop application. In that case, you should try downloading the stand-alone updated app version installer so you can run the recorder like any other app installed on your Windows or Mac PC.

Here are the basic fixes to the problems you might encounter while dealing with the Loom desktop app version. Just follow the steps along to solve your acquired problem.

After you install the Loom desktop app, click on the desktop app icon to open the recorder. Make sure you permit to access the application from your desktop.

Now after installing with permission, customize the screen so you don’t need to interrupt it during the recording. 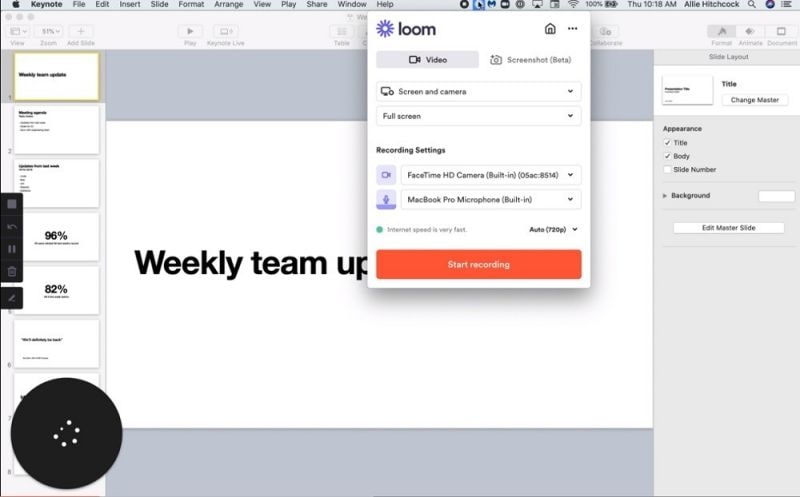 Once you’re done with the administrative permissions, hit the record button and wait for a few seconds to start the recording procedure. This will solve the not recording problem as you need to give some time for the Loom app to start completely. 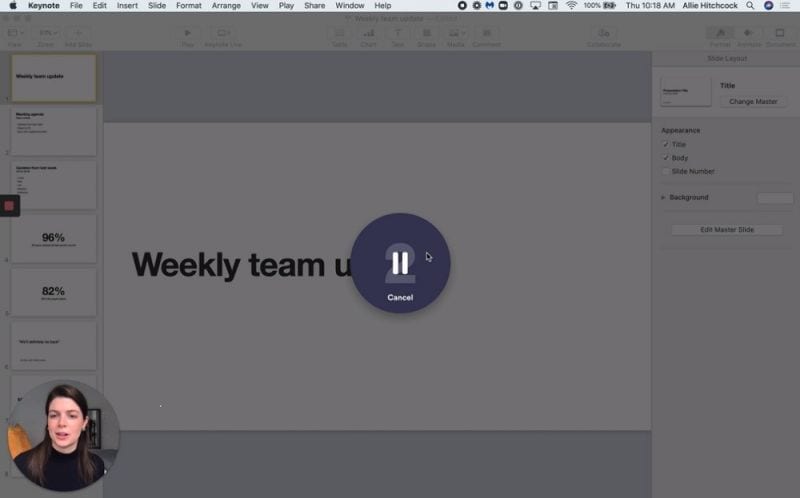 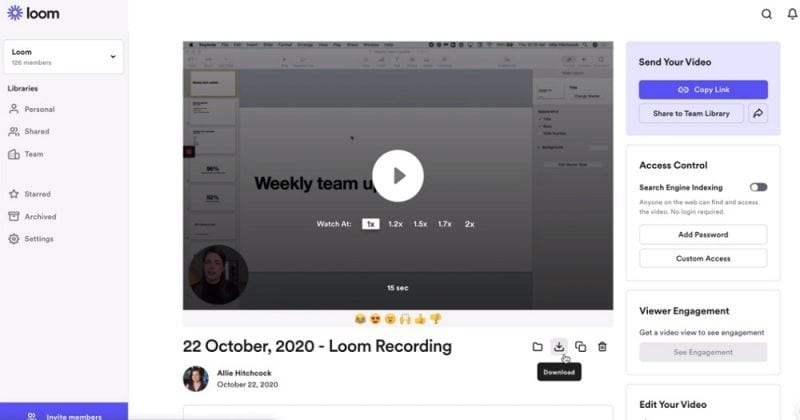 If you're searching for the most elevated answer to a screen recorder application, DemoCreator is your answer. Wondershare DemoCreator assists you with completing work quicker by catching and sharing screen captures or screencasts on time. This Screen Recorder is an application that is loaded with vital highlights and a built-in toolkit to polish further. It empowers one to manage recordings, catch screen, make/play intelligent recordings, and so forth.

This application UI simplifies it to record games or make a limited-time video hassle-free. This means, with DemoCreator's high-quality screen recorder, you can perform a variety of real-time tasks as well as post-production functions without any anomaly. With the numerous varieties of display recorders and editors withinside the market, you probably questioning embarking on your first video modifying mission is a tough assignment with various headaches to deal with. You’re in the exact place where you might be because we've got enlisted the maximum effective of its kind, Wondershare DemoCreator that may file, Edit, and Export properly with the powerful yet attractive interface for your home windows or Mac display.

First of all, you need to download this software tool from the links given below. After the download finishes, you need to install it inside your system to start using it eventually.

In the next step, you need to open the software tool so you can start recording the audio without any hassle. Simply, head towards the New Recording button in the start-up window and it shall open the recorder as follows:

Step3. Customize the Recording Source and Are

In the recorder of DemoCreator, you can fully customize your recordings with its embedded features. You can also select the desired source of your audio i-e microphone, system sound of both. 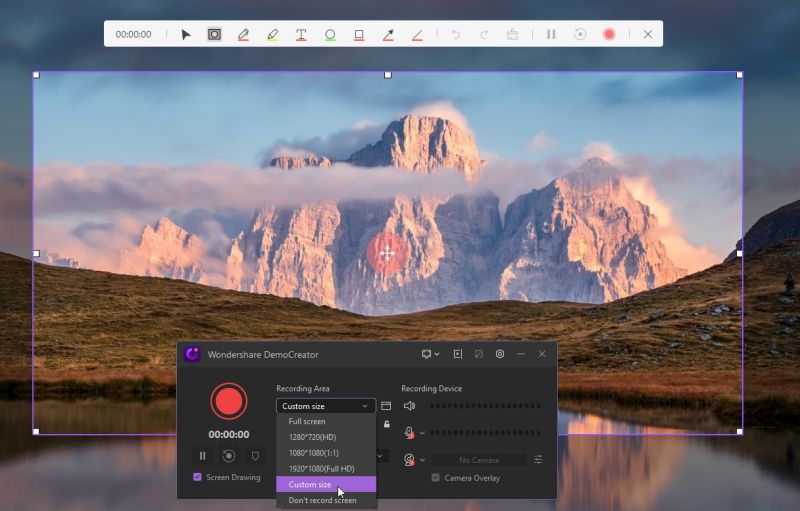 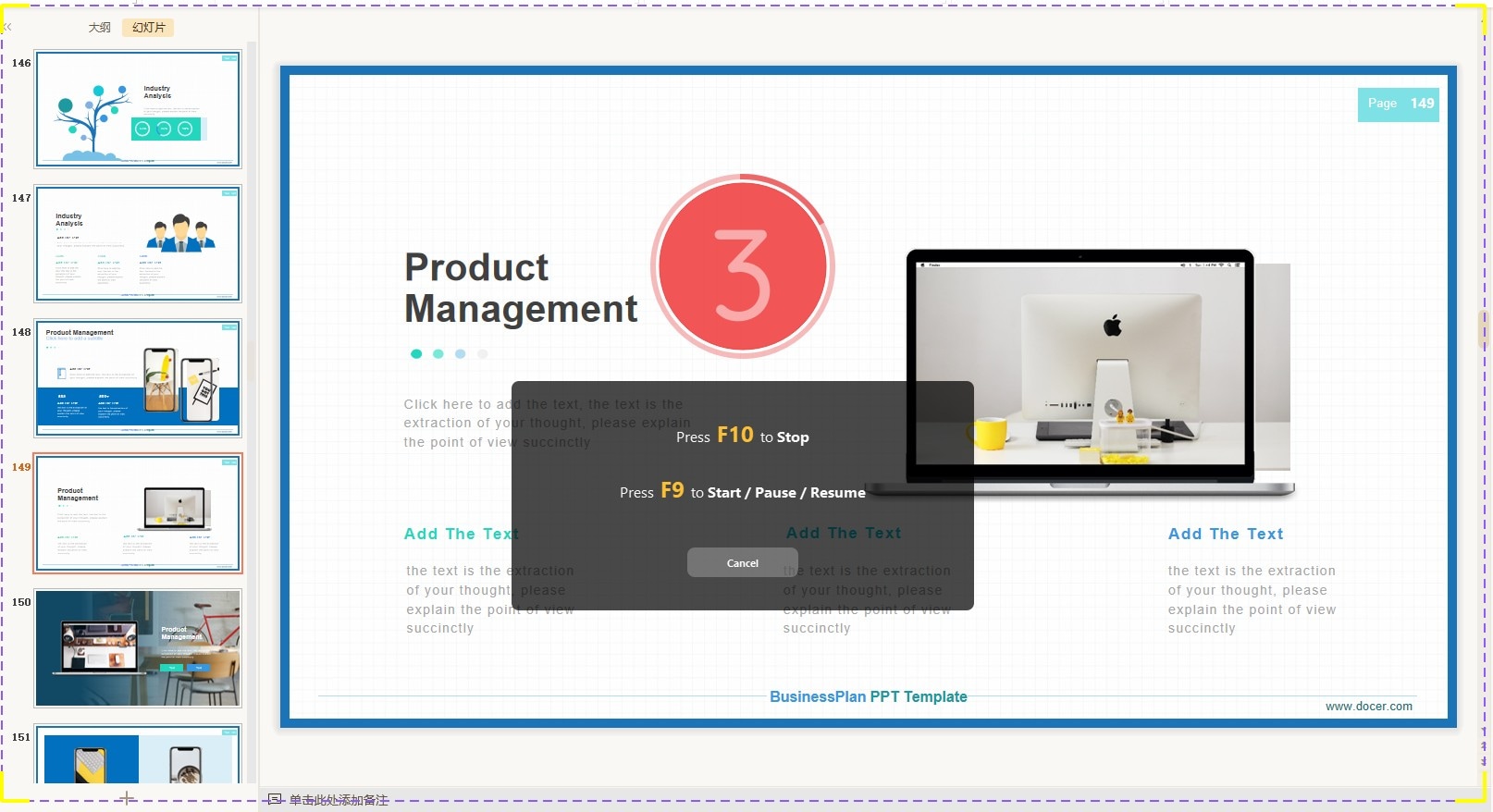 From a clamoring work region to the YouTube accounts, an excellent screen recorder can get all that is going on a PC or Mac as the customer sees it. They're used for various purposes, going from following an upkeep framework one small step at a time to make persuading video educational activities and disapproving of your delegates' proficiency. To address such loom not recording issues, for instance, call recording instruments, screen recorders are easily used to cover the ambiguities. A decent free screen recorder is the solitary arrangement with its best and viable methodology.

With that being said, DemoCreator, screen recording fixes these problems without even interrupting your recording process. It permits you to snap a photograph of what you see on your screen. Nevertheless, there are a huge load of innate ventures and free instruments to catch your screen. Regardless, if you need to take a huge load of screen catches and need more noteworthy versatility and vivacious gadgets, DemoCreator has the lead with this regard. That’s why we recommend you to try it out for free!

Top MP3 Extractors: How to Extract MP3 from Video