Video creation has developed many new shapes and versions, influencing people to display a favorable and profitable content for the general population. Recording your computer screen's various activities is one conventional version of video content that is usually adopted to guide people in using specific software, website, or explaining a lecture. Many people consume Firefox as their primary browser; however, it usually gets difficult for them to display anything important present on their browser. This article looks forward to introducing you to the Firefox screen recorder that consumes unique methods of screencasting Firefox's screen using different tools.

You need to download DemoCreator's set up initially for using it over your computer. After downloading its '.exe' file, install by following the on-screen guidelines and successfully launch the free trial version of Wondershare DemoCreator. You can select over the Monthly, Annual, or Perpetual License plan following the trial version's expiration.

Navigate into the "Capture" section for recording your Firefox screen. It is necessary to set the basic settings for the screen before moving to record the screen. You can set up your screen, audio, and other advanced settings from the left panel on the window. Tap "Start Capturing" to initiate screen casting.

With the recording elapsed, DemoCreator provides you the opportunity to edit your video on the same platform without the need of roaming around other editors. You can use this software's video editor to add annotations, video, and audio effects, followed by a series of different transitions to enhance the captured screen recording.

Step 4: Export and Save

Once you have edited the video, you need to move towards saving it onto your computer. Open the Export Window to set up an appropriate name and location for your video. You can initialize the video and audio settings for your video to enhance and ruthless experience in video creation. Tap "Export" to conclude saving.

The advantages and disadvantages of using Wondershare DemoCreator are declared as follows:

If you look over for other options for Firefox screen capture video creations, you may find several remedies throughout the market. Another comprehensive solution to recording Firefox screen is the use of Add-on extensions across the browser. While realizing the saturation of add-ons in the market, this article has segregated the best Firefox screen recorder extension for your ease.

If you are searching for a promising add-on extension for your Firefox browser, Awesome Screenshot Plus provides a series of efficient features to its users. You can take screenshots of any specific browsing tab and initiate recording without restarting the browser, as observed in many common extensions throughout the market. With the ability to edit using a few essential tools with this add-on, you can understand the process of recording the screen using the screen recorder for Firefox in steps stated as follows: 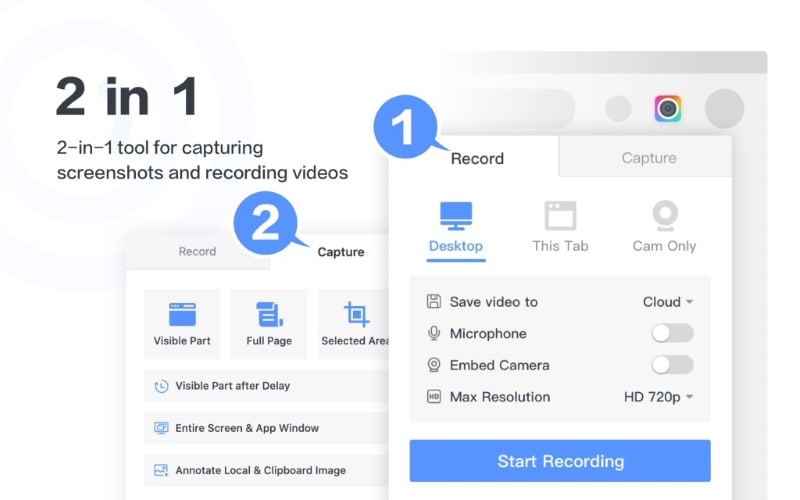 Nimbus provides another impeccable facility in the form of a Firefox Add-on Screen Recorder. With various options to try on, this add-on service offers a very decisive set of options to its users to record and edit the respective clip recorded. To understand the complete guide of using Nimbus as a Firefox screen capture extension, you need to follow the guidelines defined as follows: 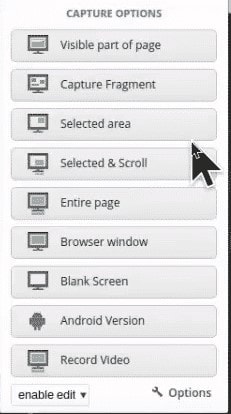 This platform provides both desktop and extension services to its users. With a very extensive feature set to opt from, Loom can be used as a Firefox Add-on screen recorder as follows: 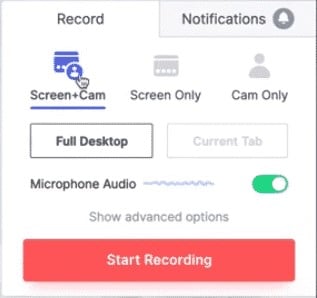 Next, you can get the top 2 useful default Firefox screen capture tool for Windows and Mac.

Instead of looking over different Firefox screen capture solutions, Windows users can opt for this simple platform to save videos in desired quality, audio, and resolutions. With its simple control bar, you can efficiently use it as a Firefox screen recorder.

This platform is quite renowned among Mac users for its efficient quality and HD results. With the additional option of editing the video, QuickTime Player is as strong as any other video recorder and editor.

This article has introduced you to a series of different Firefox screen recorders along with a variety of remedies that allow you to efficiently record your screen and develop impressive videos with high output results. These remedies neither take the space nor the computer's power, making them a very prolific alternative to downloadable video recording and editing software. Among them, which one would you prefer?