How to Record Your Screen On iPhone

Screen recording on the iPhone allows you to preserve your favourite YouTube videos, make lessons for your friends, and even capture game sequences with a few simple clicks. But how do you screen record on iPhone? To answer this, all iPhones running iOS 11 or later are equipped with a built-in screen recording feature. However, before learning how to screen record on an iPhone, make sure that the screen record button is there in the Control Center; if it isn't, make sure to include it there immediately. It will be simpler and quicker to begin recording if you follow these steps. Do you having problems capturing your iPhone's screen on certain occasions? Because the mode of information communication has changed significantly, it is possible that essential information is included in the video with sound. As a result, as iPhone users, it becomes more important to understand how to screen record with sound on the iPhone. That will be one of the most effective strategies of disseminating and spreading the word about your message. Learn how to screen record on an iPhone by following these simple instructions.

Part 1. How To Record Screen on iPhone

Apple's iPhones are equipped with a screen recording feature, but in order to utilize it, you must first verify that the screen recording button is there in your Control Center. In order to access the Control Center on an iPhone X or later, slide down from the top-right corner; in order to access it on an iPhone 8 or prior, swipe up from the same location. Check to determine whether you have the screen recording button enabled, which appears as a dot with a circle around it on your computer screen. Apple's iOS 11 operating system contains a Screen Recording capability that allows you to record anything is happening on your iPhone screen; however, you may need to activate it first. To do so, navigate to your iPhone's home screen and choose the Settings app from the menu bar. If you don't have it, here's how to include it:

Steps to Screen Record on iPhone

It is already included in your Control Center if there is a red minus next to it, which indicates that it is already enabled. 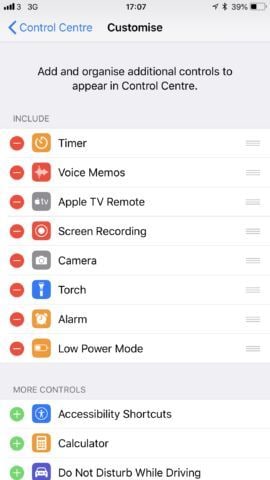 Step 3: Select "Microphone" from the drop-down menu by pressing the grey bullseye symbol. After pressing "Start Recording," wait for the 3-second countdown to begin. You're taking notes! If you wish to incorporate narration, keep your finger on the record button until you are given the option to switch on your microphone. All subsequent screen recordings will be recorded with the microphone on until it is turned off completely. 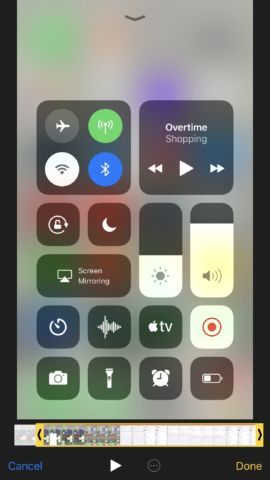 Step 4: The next step is to access the Control Center and press the red bullseye symbol to end your recording session.

Step 5: To stop the recording, hit the Screen Recording button a second time or the red status bar at the top of the screen, followed by the word "Stop." Your recording session is now complete! Your screen recording will be stored in your Photo library when it has been completed. 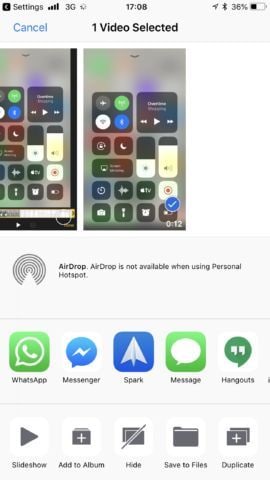 TechSmith Capture is without a doubt one of the greatest iOS screen recording applications available for devices running iOS 12.1 or later, including the iPhone, iPad, and iPod touch. This software is really simple to use, and it even includes an introductory video for those who are new to it. To record your training and app demo videos, just press the red record button on the app's interface. The app will begin recording immediately. Using global recording APIs, also allows you to record one or more full-screen video clips, which may be played back afterwards. Those who use iPhones and iPads may opt to have the films instantly sent to their Camtasia or Snagit accounts for editing and additional improvement. As a result, TechSmith capture to is accessible on a variety of devices and may be integrated for convenience purposes.

TechSmith Capture is an iOS screen capturing application developed by TechSmith Corporation, the company that also developed Camtasia and Snagit. Users may easily capture videos with the help of this software. TechSmith may be used to make videos for a variety of reasons, including demo videos, instructional videos, and much more besides. Everything you produce will be neatly categorized in the library that it provides for you. Furthermore, this screen capture tool enables you to import screencasts that have been captured by other iOS screen capture applications. If you need to edit or facilitate your recordings, you may send them straight from your smartphone to Camtasia or Snagit for editing and facilitation. 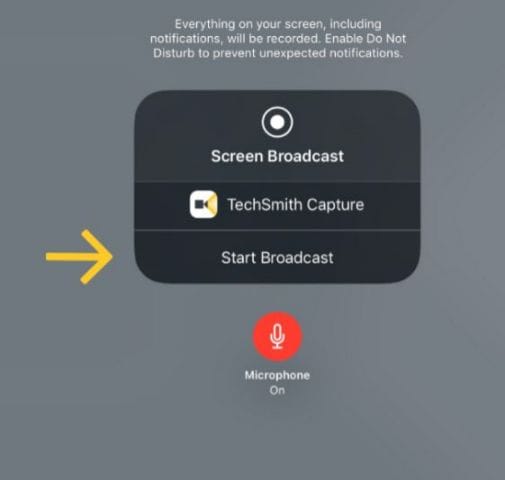 This is one of the finest applications for recording the screen of your iPhone and editing the video afterwards. A gaming screen recorder for iOS, video instructional creator, and multi-purpose editor are all features of this app. This screen recorder is a top pick among screen recorders because of its simple navigation and user-friendly design. Our specific software stands out among the finest iPhone screen recording applications on this list of the top iPhone screen recording apps. It's a dependable and widely used screen recorder for the iPhone that can capture both audio and video. You may also modify your recorded copy by trimming, cropping, adding music to videos, inserting text, and doing a variety of other things. Additionally, it allows you to export recorded files as GIFs, which makes it simpler to share them on social media networks. Take, for example, the ability to record your screen and then use the inbuilt editor to choose a format, modify the backdrop color, and enter text.

Vidyo Screen Recorder raises the bar for screen recording by being one of the few tools that can record in both 2K and 4K resolutions, resulting in a movie of crisp clarity. In addition to the screen recording features, you will have access to a timeline editor, which will allow you to alter the video and insert audio as narration. If you want to make your video more personal, you can record Facecam reactions and commentary audio with your microphone whenever you like, as long as you don't use the microphone. If you want to spice up the video, even more, you may use the video editing capabilities, which include cropping and rotating the video, trimming it, adding music, effects, text, and stickers, applying filters, and using the voice changer function.

You also have the option of selecting your desired bitrate and FPS settings, which will have a significant impact on the final screen recording output quality. When it comes to recording games, applications, screen audio, gaming lessons, demonstrations, and video conversations directly from your iPhone or iPad, Vidyo Screen Recorder has shown to be quite dependable. If you want to prevent boring videos when live streaming, you may integrate audio from the device itself or utilize the microphone to add narration or voiceovers that are related to the primary video in question. Aside from assisting you with live streaming, you are also supplied with a selection of live streams that you can watch directly from the app without the need for other players to be installed.

BB recorder is a screen recorder for the iPhone, iPad, and iPod touch that is dependable and simple to use. It is possible to live stream your screen to YouTube, Facebook, and Twitch as well as record material such as games, live shows, sports, and other activities with the aid of BB recorder. It allows you to record both microphone and internal audio at the same time, and you can choose whether your livestream should be public, private, or unlisted to preserve your privacy. You may also send it to someone else through email, Airdrop, or other means. As if that weren't enough, the program also includes a video editor that allows you to clip, cut, and do other editing operations on your screen recordings.

For those who want to live stream their screen in addition to recording it, the app BB Recorder is the one they've been waiting for. Using this iOS screen recorder, you may record your screen in very high-definition and detail. Furthermore, this video screen recorder for iPhone is capable of recording audio as well, allowing you to include sound in your recorded videos. If you have an iPad or an iPad with or without a camera, you can simply screen record them with our iOS screen recording software. Most notably, it enables you to choose a variety of variables before beginning the recording, including resolution, frame rate, and camera position, before starting the recording. When it comes to recording, your iPhone and iPad allow you to capture full-screen video and audio. After that, you may rename your recordings so that you know which video file is associated with which job. The iPhone screen recorder software has the ability to categorize and search your movies, making it simpler to discover what you're looking for when you need it. 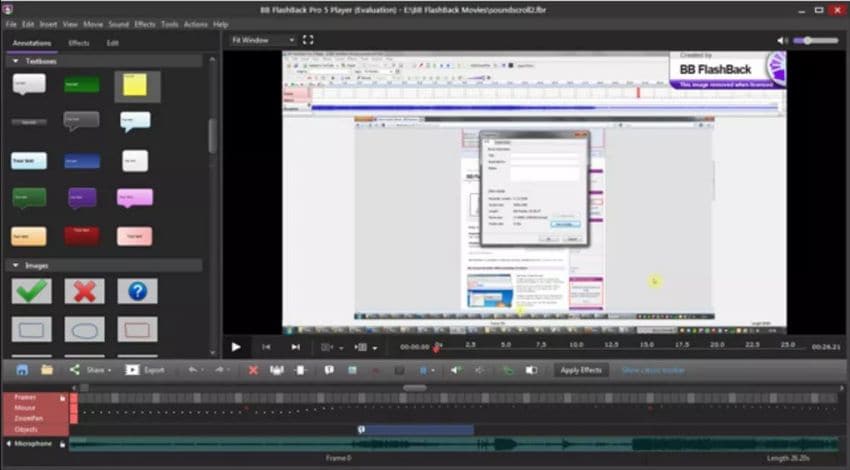 CoolPixel is a screen recorder for iOS that allows you to record game walkthroughs, demos, tutorials, and training videos directly from your handheld iPad or iPhone. It is free to use and can be downloaded from the App Store. It takes only a few clicks to capture and save the entirety of the device display, as well as commentary audio and Facecam reactions that can be customized in terms of shape, position, and size.

Additionally, you have access to a variety of video editing options, including trimming, adjusting playback speed, rotating, adding video filters, changing the canvas and background color, and more. Once you've finished your screen recording, CoolPixel allows you to share it in a variety of ways, including uploading it directly to YouTube, saving it locally in your camera roll, and exporting it to other apps. There's also the option to share screencasts over WIFI. 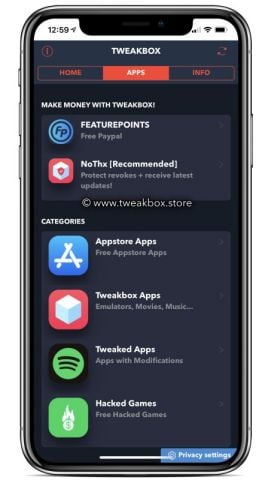 You'll find these top screen recorder apps extremely useful in putting you on a new and better path, allowing you to record tutorials, app demos, gameplay footage, walkthroughs, and video calls, all from the comfort of your own home. Because of this, you can capture everything you need to share while on the go. That concludes our discussion of the five best screen recorders for the iPhone, and we also introduced an impressive screen recorder for the desktop computer. In addition to providing a dependable and high-quality screen video capture experience, the best iOS screen recorder also helps you communicate effectively in an almost effortless manner. Your screencasts will gain that extra touch of individuality as a result of this, and they will command high levels of attention from the audience.